Karen Miller, former vice president of Human Resources and chief risk officer, left Middlebury for a position at Morehouse College this week. Laura Carotenuto, Cathy Vincent and Ellen Usilton, who all hold senior positions in Human Resources, will co-lead the department on an interim basis, according to an email announcement last Friday.

Risk Operations will also separate from Human Resources to become the Office of Enterprise Risk Management. Mike Thomas, former vice president for finance, is now leading the new department, stepping into the role of Vice President of Administration and Chief Risk Officer. Thomas will also act as an officer on the Board of Trustees’ Risk Committee and remain an authorized signer for contracts and financial matters at the college.

Now that Miller has departed, the administration is faced with continuing her numerous initiatives.

The college will form a search committee, with Vice President for Finance and Administration David Provost as chair, to select Miller’s replacement. Working with Koya Partners and Storbeck Search, two executive search firms, the committee will convene this month and aims to find a new vice president for Human Resources by July 1.

During her five years at Middlebury, Miller led several major projects in Human Resources. Notably, she oversaw workforce planning, the introduction of the Oracle HCM administrative software, the Mercer Compensation Study, the organization of the Leadership Alliance and the formation of the Green Mountain Higher Education Consortium with Champlain and St. Michael’s Colleges.

President Laurie Patton announced via email in December that Miller would leave the school at the end of January. Patton complimented Miller’s impact on the college and her coworkers, saying that Miller brought “renewed camaraderie to her teams, sharper focus on shared strategic goals and a customer-service orientation to our daily business activities and interactions.”

Patton said that she would “begin immediately to develop plans for continuity,” a considerable undertaking given the number of ongoing initiatives and recently completed projects with unsettled results in Miller’s department.

Miller discussed those newly implemented projects in an email to The Campus, many of which share a theme of streamlining, restructuring or introducing new technology into the college’s administrative employment system in pursuit of efficiency.

One of the most visible projects was workforce planning, which was undertaken in 2018 and 2019. The school consolidated employment structures with the aim of remedying budget shortfalls and making departments more efficient.

To meet the objective of reducing employee expenses by 10%, the college eliminated roughly 150 positions (100 of which were already vacant), created about 30 new positions and identified about 50 positions to be eliminated in the years following the project.

Workforce planning had a mixed reception. The employee buyout and position consolidation process was, for some, confusing and frustrating alongside other workforce changes like the rollout of the Oracle software. The project also sparked an unsuccessful unionization attempt among staff last fall.

The Oracle software rollout was another major undertaking of Miller and her department. Adopted as part of the Green Mountain Higher Education Consortium, the Oracle Human Capital Management software is a cloud system that digitalizes and consolidates data of everyday financial transactions at the college.

The rollout of Oracle sparked controversy because staff and students who had to make the switch — including everything from student club expenditures to the college’s accounts payable — felt insufficiently trained and therefore frustrated with the software.

Miller also started the Leadership Alliance, a group of about 120 managers from across the institution that meets weekly with HR leadership. Its goals, according to Miller, include enhancing communication, strengthening leadership and managerial competencies and fostering collaborative engagement and support within the group.

Coming down the road for the HR department is a potential adjustment of the staff evaluation system, called Annual Performance Summary (APS). The school has put the APS process on hold while HR considers implementing changes.

In his email, Provost listed the administration’s many priorities in supporting the Human Resources department during its transition, which were echoed by Patton in an email to The Campus.

“Throughout the spring, we are focused on wage continuity through Covid, completing the compensation study that was interrupted by the pandemic, addressing compression issues and continuing to work with Leadership Alliance and Staff Council on managing change,” Patton said.

Miller will serve as Chief Administrative Officer and Secretary of College at Morehouse College in Atlanta. 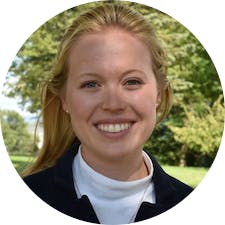 How are staff compensated for J-Term teaching?