On a timely journey of self-actualization, Shia LaBeouf and debut actor Zack Gottsagen take audiences through directors Tyler Nilson and Michael Schwartz’s story of finding self amidst personal struggles. “The Peanut Butter Falcon” (2019) is a film of renewal and rediscovery, of rebirth and the uncovering of goodness in an attempt to overcome personal circumstances.

In the movie, Zak (Zack Gottsagen) and Tyler (Shia LaBeouf) are trapped. Teenage Zak is shut in by familial abandonment and a genetic disorder, as well as the physical barriers of a nursing home (intended for his own safety and well being). Zak has big aspirations, though, as he spends his time watching tapes of his favorite wrestler, the SaltWater Redneck (Thomas Haden Church), who advertises his wrestling school located in Aiden, NC. Zak has no greater wish than to attend this school to become a pro-wrestler.

Tyler too is caged in. Unable to live up to his brother’s image of him, Tyler is haunted by memories of his death. Tyler’s brother — Mark — (John Bernthal) lost his crabbing licenses when he died to Duncan (John Hawkes) and Ratboy (Michael Atha). This left Tyler unable to live off the land as he wishes. He retaliates, stealing crabs from Duncan and eventually burning their supply, stripping them of what was originally taken from him. Tyler becomes rebellious, unstable and fiercely independent, spiraling into a life of petty crime and selfish defiance.

The two protagonists meet when Zak escapes the nursing home and finds himself stowed away on the boat of local crabber, Tyler, who is evading the wrath of Duncan and Ratboy after setting fire to their pile of crab pots.

Though Tyler intends to release Zak as soon as they reach land, he allows the young man to trail behind him, under a simple rule: “Don’t slow Tyler down.” The duo aim to escape their pasts, marred by their previous mistakes, and seek to redefine themselves.

Along the way, the pair stumble across Blind Jasper John (Wayne Dehart) when they are greeted by errant shots from his revolver. Jasper John is a god-fearing man, however, and he understands the plight of these weary travelers and aids them on their journey. He provides them with a makeshift raft to speed up their voyage — but not before baptizing them in the river. Jasper John tells the pair of the good and evil within man. “There are sheep and wolves in this world,” he states, “and you two are just sheep who strayed from their flock,” offering a poignant reflection on the inner struggle to separate one’s self from the mistakes and malice of our lowest moments. “Let the wolves of your past be laid to rest,” says Jasper John as he dips their heads into the slow-drifting water, cleansing their skin of the grime of their faults.

The themes of human decency and the contrast of bad deeds versus bad people are central to the film. Zak assumes that because of his Down syndrome and family abandonment issues that he is a bad guy and thus seeks to create a villainous wrestling persona. However, Tyler allows him to see that he is ultimately a good person. Tyler accurately remarks that Zak has a hero’s persona hidden within him, inspiring the Peanut Butter Falcon to be created.

The Peanut Butter Falcon is an inspiring figure, one who allows Zak to be not what he is, but who he wishes to be. In helping Zak find his true self, Tyler also finds himself once again. He is not the selfish rebel who seeks to destroy rather than to build; he is a devoted brother, who cares for Zak in the same way he once cared for his own brother.

The film ends in a beautiful crescendo of past lives haunting and new lives beginning: the Peanut Butter Falcon is fully realized. Zak is able to live to the fullest extent of his personality, unrestricted by his trauma of abandonment or the circumstances of his genetic disorder. And Tyler, who has redeemed himself through his guardianship of Zak, is abruptly forced to pay the debts for his previous wrongdoing. “The Peanut Butter Falcon” is a beautiful tribute to the personal journey we must face in order to better ourselves and move past our previous errors. 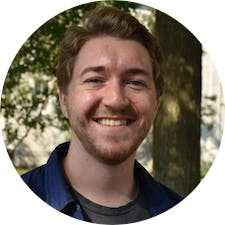