'In Search of Air: Growing Up Dyslexic'

“This is a story about the transformative power of art,” said Assistant Professor of Dance Lida Winfield in a performance on Jan. 16. Her work, titled “In Search of Air: Growing Up Dyslexic,” has been performed across the country since 2011 and combines oral storytelling with dance to depict Winfield’s journey to knowledge.

Winfield, who struggled in school — a challenge exacerbated by the presence of a learning disability — says that this piece allows her to frame her disability as “a glimpse of brilliance.” In this manner, Winfield’s show inspires possibility and rebukes a narrative of humiliation and self-hatred.

In her show, Winfield is candid about the shame she experienced because of her learning disability and the love that surrounded her despite it.

“I think that shame is really the crux of what happens with learning disabilities,” she said. “I think I was loved by many of my former teachers, but I think because of the situation and the circumstances and the system, I was misunderstood.”

Toward the beginning of Winfield’s poignant program, she faces the audience and says that “opportunity was in our fingertips; love was in our arms.” In spite of the support, Winfield points out that she did not learn to read until much later in her life.

“[Not learning to read] happened because of a whole set of circumstances,” she said. “Part of what’s so tricky about these things is that our lives are rarely straight lines: they’re these wandering, messy, sometimes heartbreaking and sometimes amazing pathways. I think for me, the scale tipped that there was too much shame, there was not enough access [and] I then couldn’t get myself through.”

Though the show’s narrative is centered around Winfield’s learning disability, it is also a story that offers themes of hope, strength and resilience. Its universality allows the show to connect with audiences and leave an impact after its viewers exit the performance space.

For Winfield, connecting with her audience through personal story has been a pillar of her performances even before “In Search of Air: Growing Up Dyslexic.”

“Years and years ago, I was working on a different show and I told a story that [I now tell] in ‘In Search of Air.’ I was really struck by how moved and interested people were in that particular story,” she said. “It felt clear to me that there are so many folks that have amazing, rich and complicated lives who have stories to tell, and this happens to be mine.”

By speaking up about her experiences, Winfield has used her show to open up conversation about accessibility in education. As someone who “think[s] better when [she’s] moving,” Winfield’s performance is not just a celebration of knowledge, but also an invitation to revisit other methods of learning.

“I think before reading and writing really became a commodity in the West, [human interaction] was really how knowledge was passed,” she says. “I think my body and all of our bodies are smart, that there is wisdom inside of us, and I know that I process the world by moving, by doing.”

It is perhaps because of this initiation of dialogue – one culminating in a Q&A Winfield conducts at the end of each show – that “In Search of Air: Growing Up Dyslexic” remains regularly booked.

Along with details of Winfield’s struggle to learn — beginning in elementary school and lasting through her high school years — the show also involves moments where she realizes her potential.

“I could be a doctor,” she tells the audience, later in the piece, during a moment when her character is attending college. “I could be your doctor,” she adds. Ensuingly, she says, “I start to think and I start to feel smart.”

It is this empowering feeling of capability that Winfield hopes to instill not just in her audience, but also in her own students.

“I think as a learner, you sometimes need someone else to help move [fear and self-hatred] out of the way,” she said. “There is so much self-hatred and there’s so much fear riddled inside of all of us and that is a barrier to being our best self. If, as a facilitator, I can help shift that in any way, then I think the other things just get to grow.”

Ariadne Will ’22 is a local editor for the Campus.

She has previously served as a staff writer, where she covered topics  ranging from Middlebury’s Town Meeting to the College’s dance  performances.

Will also works for her hometown newspaper, the Daily Sitka Sentinel,  where she covers tourism and the Sitka Planning Commission.

She is studying English and American literature with a minor in gender, sexuality and feminist studies. 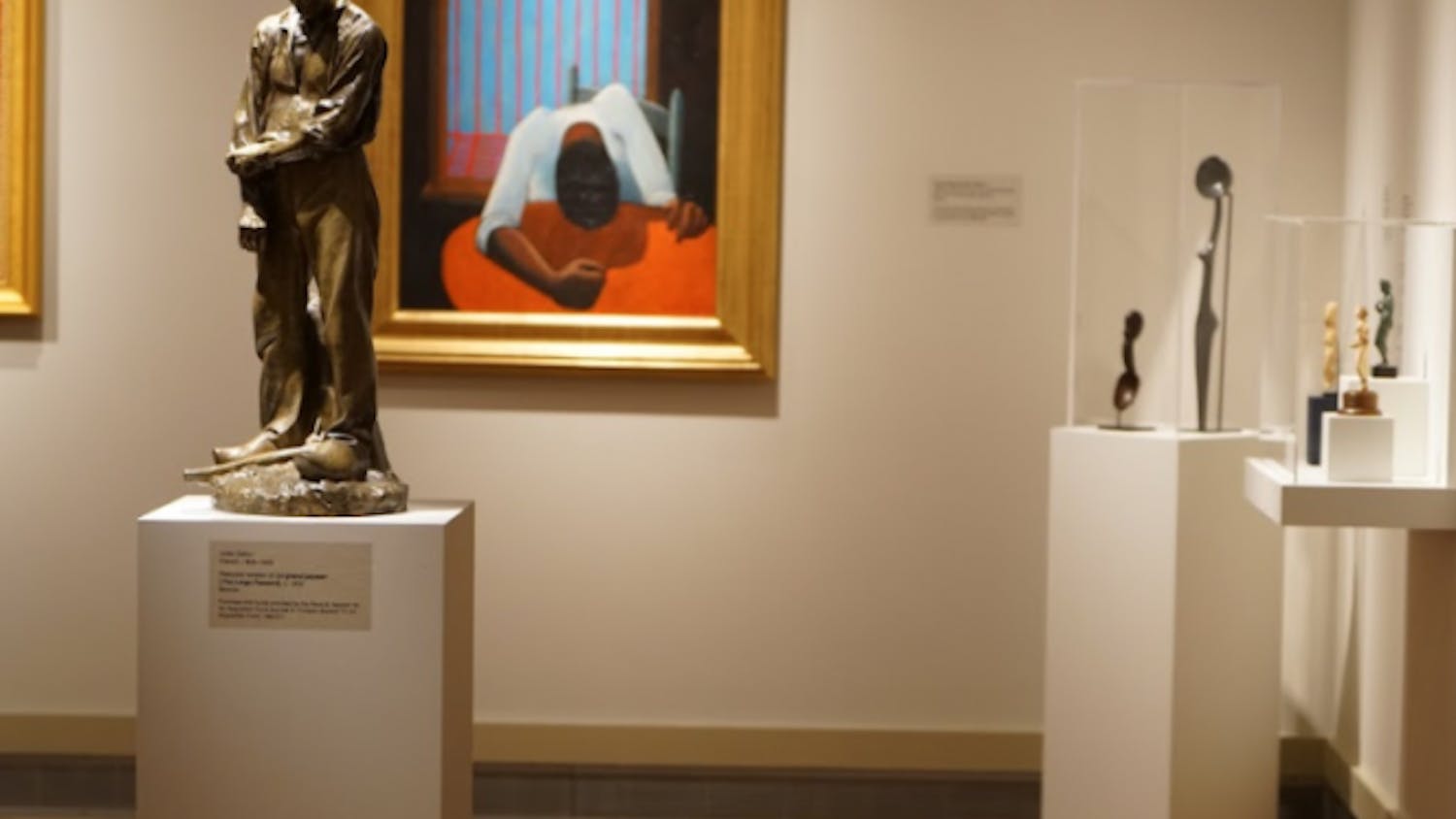 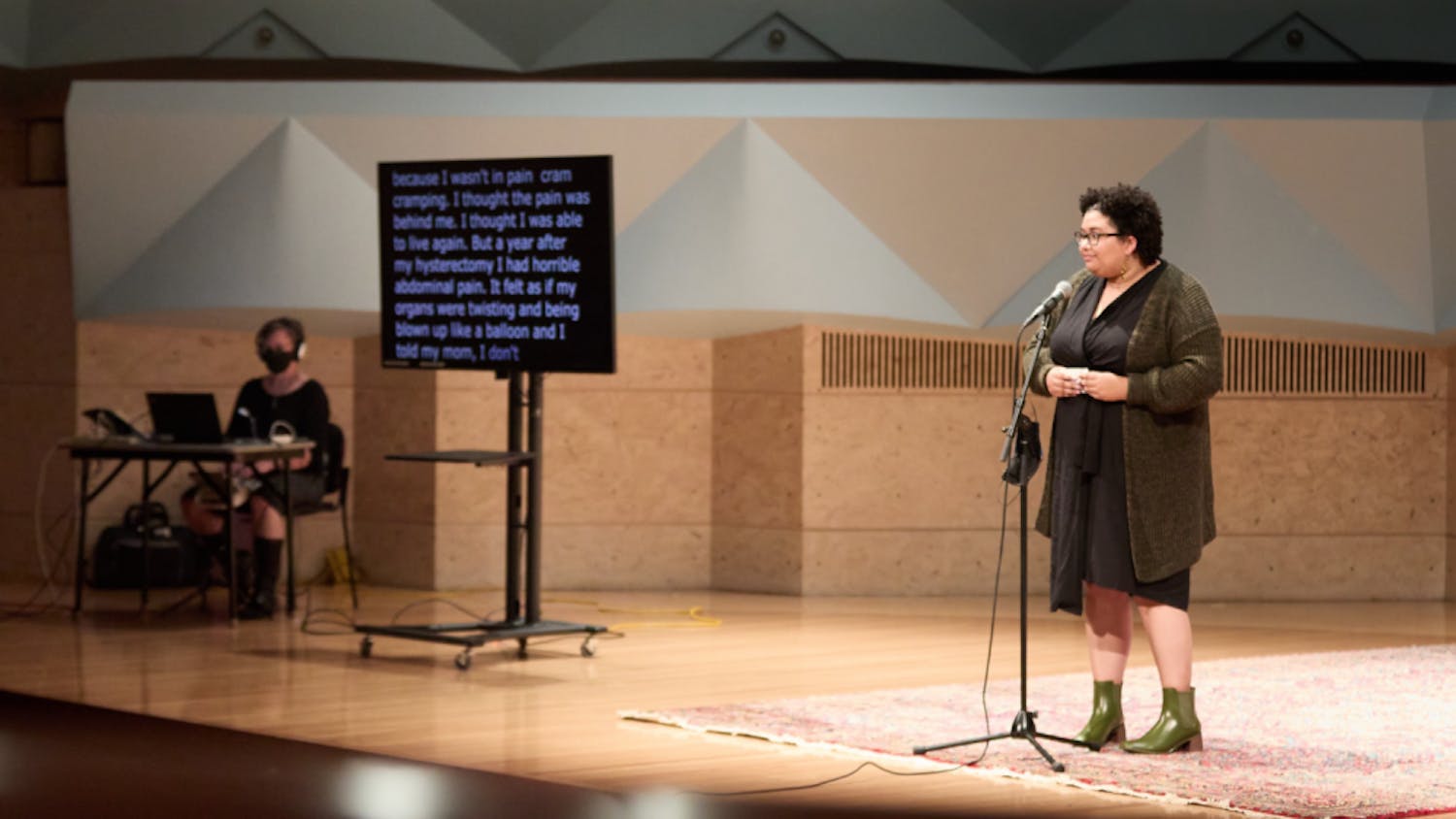 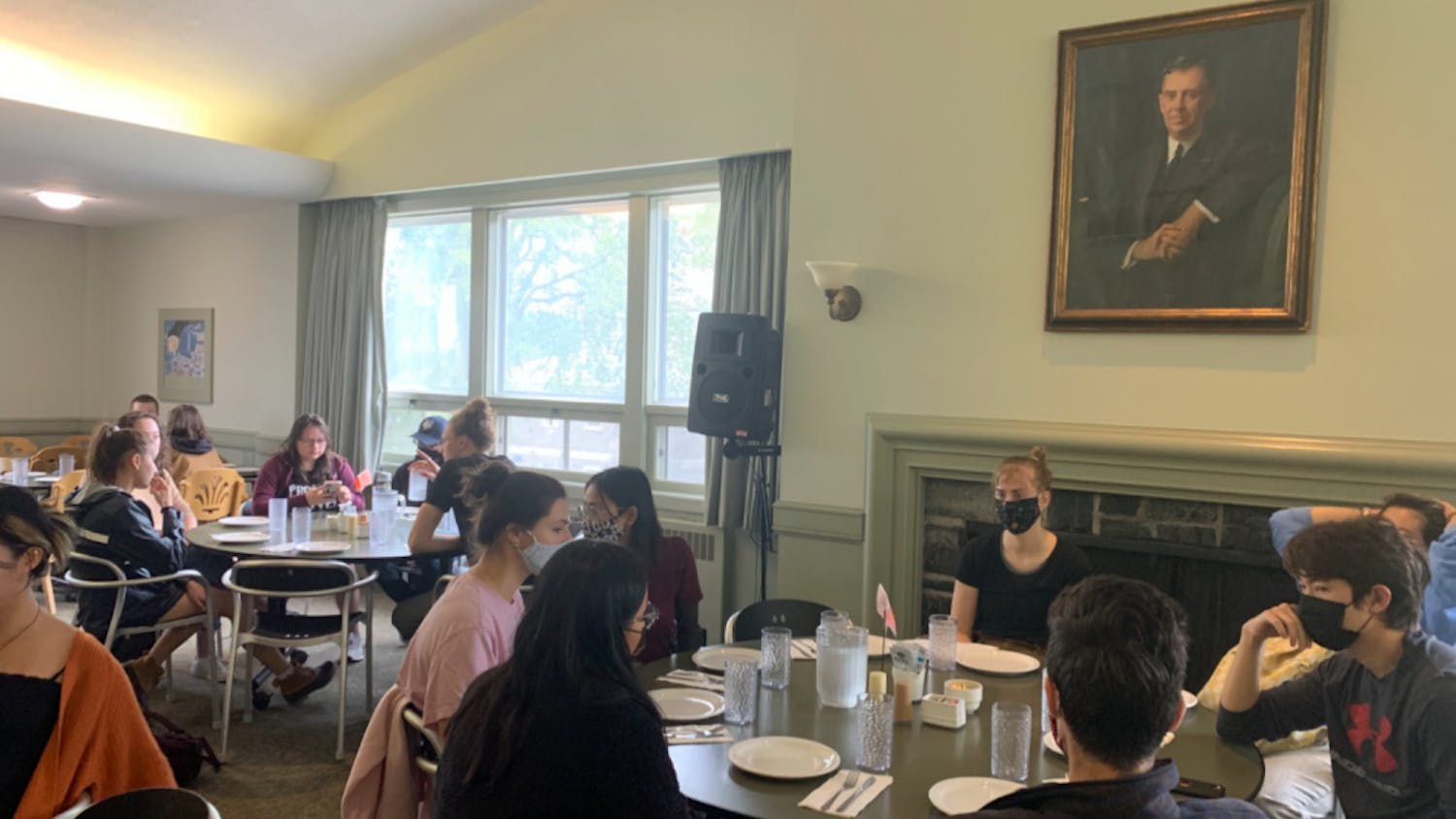 Language Tables return to Redfield Proctor after 18 months on Zoom