Article 22 reads as follows: “That an individual’s right to personal reproductive autonomy is central to the liberty and dignity to determine one’s own life course and shall not be denied or infringed unless justified by a compelling State interest achieved by the least restrictive means.”

The immediate implications of Proposition 5 passing in the upcoming election are likely nil, according to Political Science Professor Bert Johnson. Reproductive rights are currently protected by the Freedom of Choice Act in Vermont, a law passed in 2019 that protects individuals’ right to choose or refuse contraception or sterilization, and to choose to carry a pregnancy to term or have an abortion.

The goal of Article 22 is to ensure that already established rights regarding reproduction do not change in Vermont, according to Johnson. For example, if a law were proposed that would restrict abortion rights, the chances of it passing under Article 22 would be slim to none.

Various organizations in the state have taken stances on Proposition 5.

Vermonters for Vermont, a political advocacy group led by Gregory Thayer, ran a “sign wave” campaign opposing Article 22 throughout Vermont. The campaign intended to engage and educate voters on the language of the amendment, on the basis that the wording is vague and unclear. The campaign ran from Oct. 6–25.

The group held a demonstration in Middlebury on the green across from The Middlebury Inn along Route 7 on the afternoon of Friday, Oct. 7. Attendees held signs saying “No Late-Term Abortion Vote No on Article 22.”

The American Civil Liberties Union of Vermont (ACLU), is in support of Proposition 5, while Vermonters for Good Government, is opposed. A spokesperson for each organization spoke with The Campus to provide their viewpoint.

She described two main reasons she and Vermonters for Good Government oppose Proposition 5.

First, Donahue believes that Article 22 is too vague and worries about its lack of specificity about third trimester abortions. “The first big concern is that we are locking Vermonters into a place where they can never reconsider the question of elective third term abortions,” Donahue said. “90% of Americans think that elective third term abortions, you know, should have some limits put on them.”

Some in support of Proposition 5 believe that those opposed who bring up the idea that Article 22 would allow late-term abortions in Vermont do so as a scare tactic. “The Vermont Department of Health publishes those records. We know that 1% of abortions in Vermont are performed at 21 weeks or later and there are zero that are elective abortions,” Lucy Leriche of New England Planned Parenthood said in an NBC5 interview.

“I think that there is a misunderstanding about what this amendment is offering,” said Indi Schoenherr, advocacy fellow at the ACLU of Vermont. “This amendment protects the reproductive rights that already exist in Vermont, and so it’s not going to effectively change anything or open the gateway to some of these extreme things that we’re hearing. That isn’t the current state that we’re in here in Vermont, and I don’t see that being the case.”

The Vermont Department of Health publishes annual Vital Statistics reports, which include statistics on abortions that take place in Vermont, including figures on how many weeks gestation the fetus was at the time of the abortion. According to the report, in 2020, 1.1% of abortions in Vermont took place at 21 or more weeks gestation.

Schoenherr encourages voters to question the motive behind statements regarding Article 22 and third trimester abortions and educate themselves on the amendment through further research on the topic. “Is this something that is genuine, or is this something that is meant to create fear and essentially prevent us from protecting the reproductive rights that we have now,” Schoenherr said.

The second issue with Article 22 identified by Donahue concerns the other aspects of reproductive autonomy, including birth control, rights of minors to make medical decisions related to reproductive health and rights of men in regard to pregnancies. “The problem there is that the original draft of this [amendment] as well as the existing statute give the specifics about it… and this [version] doesn’t,” she said.

According to Donahue, the original draft defined “reproductive autonomy” as including contraception, abortion and the decision to have a child. Vermonters for Good Government posits that, left undefined, Article 22 will expand the limits of reproductive autonomy to “give the same rights, currently protected for women, to men and children [and] eliminate parental rights concerning our children’s sexual and gender related choices,” according to the organization’s website.

Schoenherr emphasized that the purpose of Article 22 is to prevent lawmakers from restricting reproductive autonomy in the future, including abortion and other reproductive healthcare procedures.

The inclusion of the language of strict scrutiny is an important characteristic of Article 22, according to the ACLU of Vermont. This language explicitly states, “...An individual’s right to reproductive autonomy shall not be denied or infringed… unless justified by a compelling State interest achieved by the least restrictive means.” Cornell law defined strict scrutiny as the highest form of judicial review used to determine constitutionality of laws. This level of scrutiny is implemented to provide the highest level of protection for the specified right. Professor Johnson noted that the language of strict scrutiny also appeared in Roe v. Wade.

While Proposition 5 will appear on the ballot shortly after the Supreme Court overturned Roe v. Wade, this amendment has been in the works for years. “The fact that it is on the ballot now means that it has taken at least four years to get there because two different legislatures have to approve it and then it goes to a vote,” Professor Johnson said. “It would have been impossible to get it onto the ballot as a reaction to the overturning of Roe v. Wade.”

“If you want to learn about the Reproductive Liberty Amendment, I would encourage people to go to reprolibertyvt.org. It tells you more in-depth about this amendment and what it will do for Vermont,” Schoenherr said. Those eligible can register to vote in Vermont through the day of the election, which is Tuesday, Nov. 8.

Susanna Schatz ‘24 (she/her) is a local editor and visuals artist for The Campus. She is an English major and Gender, Sexuality, and Feminist Studies minor, and plans to study abroad in Madrid this spring.

Susanna is the social media and marketing intern for a small business started by Midd Alums, Treeline Terrains. In her free time you’ll find her taking in the Vermont outdoors hiking, swimming, skiing, or reading in an adirondack chair. 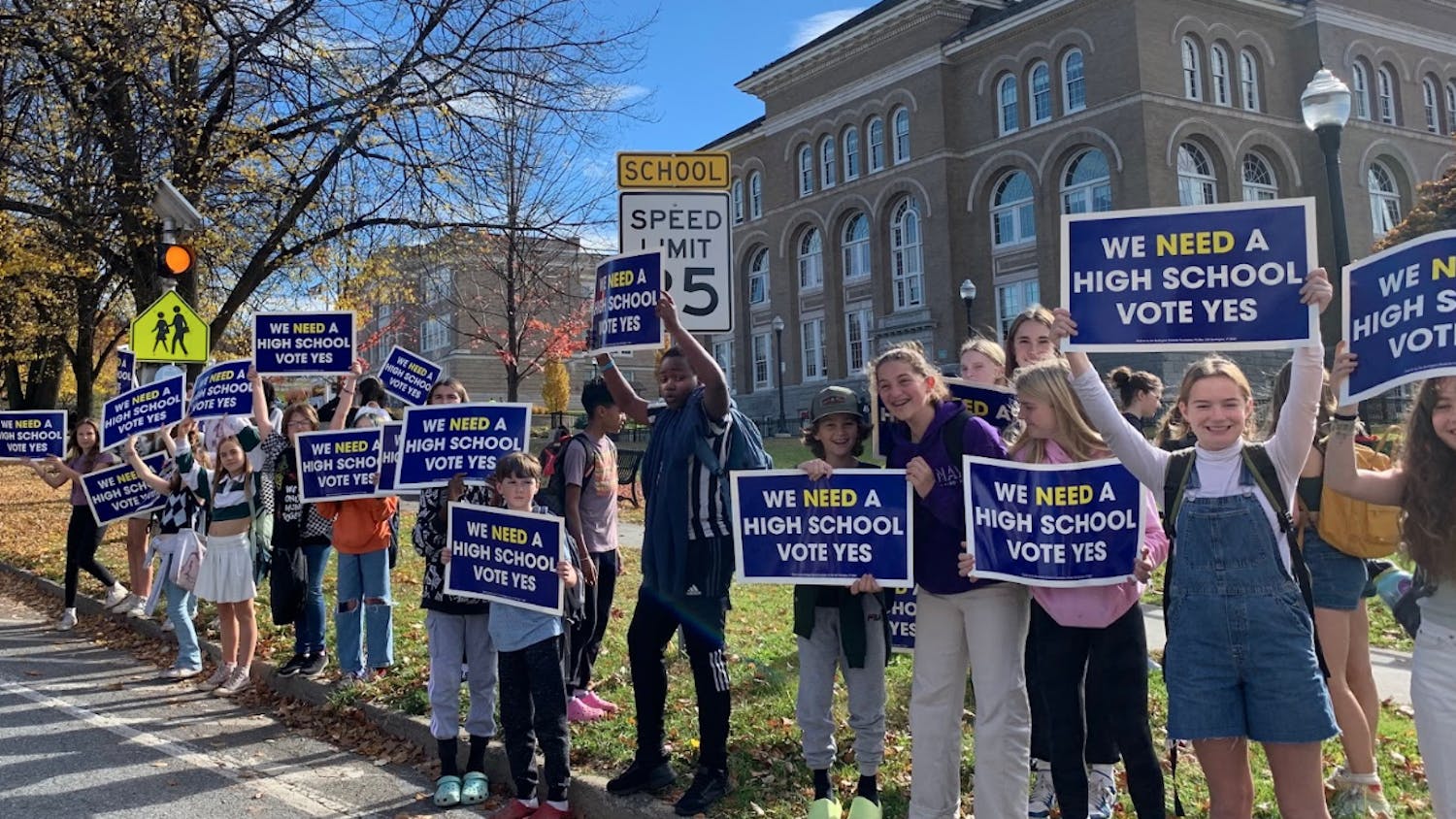 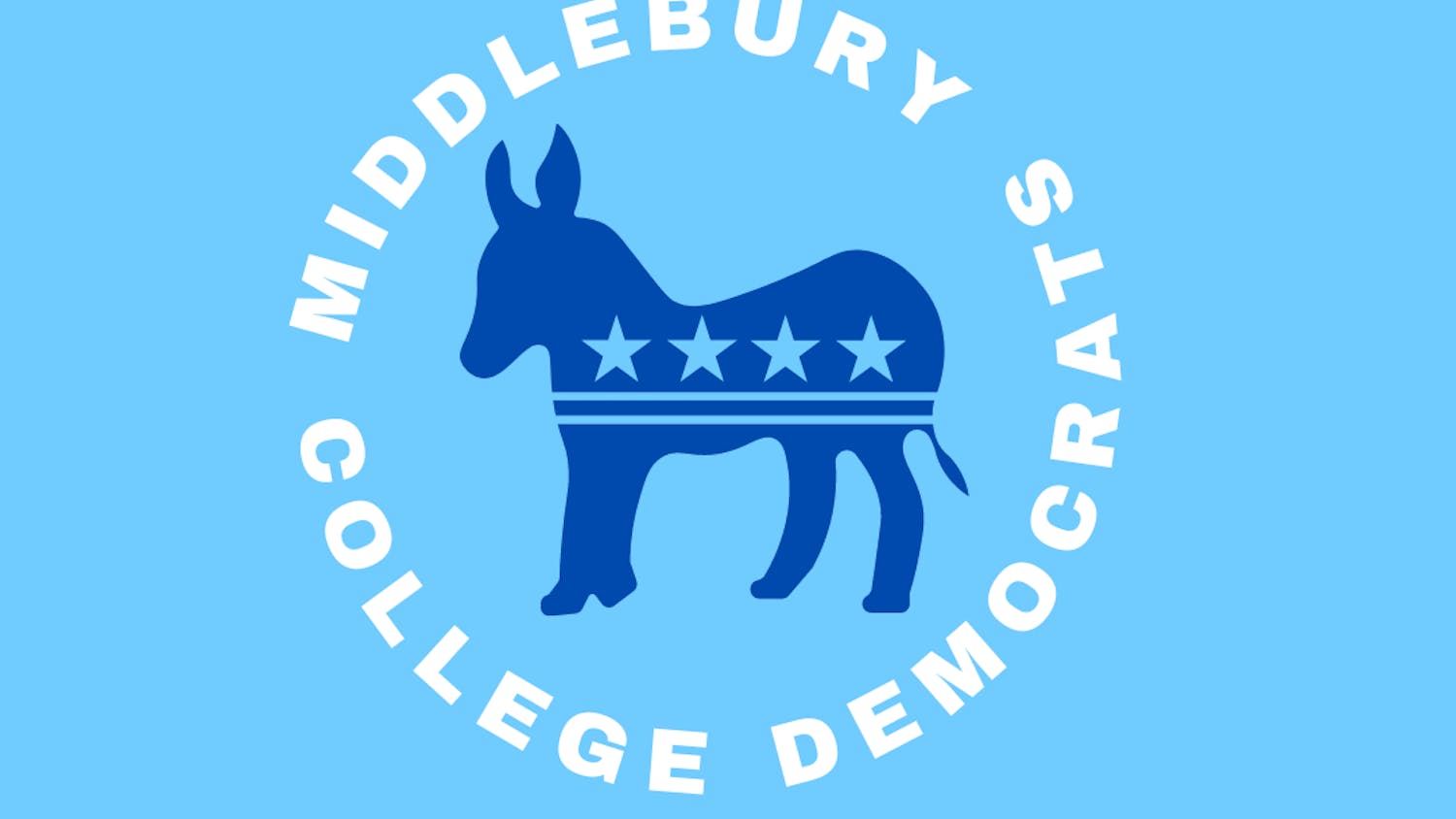