After a successful summer season, Town Hall Theater in Middlebury is heading into its new season and is excited to welcome the Middlebury College community back. There are several ongoing and upcoming events this fall.

Relevant titles for the next few months include “Front Porch Follies,” “Admissions,” “Writing on the Wall” and “Stealing from Work.” Preparations for the J-Term musical “Fun Home” are also underway.

Notable events from this past season at Town Hall Theater include live performances at the venue behind American Flatbread and an organized World Music & Wine series at Lincoln Peak Vineyard.

On Friday, Sept. 23, young actor Gina Stevenson and her husband Quin Rol will perform the last outdoor showing of “Front Porch Follies,” a series they invented after moving from New York City to Burlington, Vt. The couple experienced a sudden cultural change after the move up north. This culture shock included Front Porch Forum — an online platform founded in 2006 that provides space for Vermonters to post about neighborhood matters such as lost dogs, block parties and disagreements.

The couple found the platform’s dynamics immensely entertaining. They retell the highlights in a series of dramatic readings, which last about 45 minutes in total.

This Friday’s 8:30 p.m. is their last outdoor performance at the American Flatbread pavilion. There is no charge but registration on the website is required due to seating limitations.

Keeping with the comedic theme, the upcoming play “Admissions” highlights the supposed-white, progressive headmaster and dean of admissions at a boarding school in New Hampshire who work to diversify the school’s population. Put on by the Middlebury Acting Company, the couple must tangle with the relationship between their public values and personal decisions when their son’s dreams to go to an Ivy League are jeopardized.

While satirical, the story may be of interest to the college community because of its messages about diversity and the progressive white hand in college admissions, especially at predominantly white institutions such as Middlebury. The piece won the 2018 Drama Desk Award for Best Play.

“The director…  felt [the story] had local significance and could generate some interesting discussion,” Lisa Mitchell, executive director of Town Hall Theater, told The Campus. Mitchell also mentioned that the company has been working with the Middlebury College Admissions Office.

An art exhibit is also on display at Town Hall Theater. Samuel Wyatt’s “Writing on the Wall” has been showing since Aug. 19 and remains until Sept. 30.

“[It is] different from our norm, it’s untraditional and that’s why I like it,” Mitchell said of Wyatt’s work.

She added that Gallery Manager Ellie Friml planned for this particular show to coincide with the Middlebury New Filmmakers Festival, which took place in late August. “There’s a lot of youthful energy both in Wyatt's work and in the filmmaking,” Mitchell said.

The gallery is open Monday through Friday from 12 p.m. to 5 p.m., as well as the hour before/after shows and intermissions, to give visitors a chance to take a look while they are already at the theater.

In November, “Stealing from Work” will be shown at Town Hall Theater. Written by Marianne DiMasco and Angie Albeck and directed by Seth Jarvis, the sketch comedy show won the 2019 Best Comedy Troupe in Vermont Award. The show is currently celebrating 10 years of performances in the state.

The cast is a mix of actors of different backgrounds and experience levels, and each show is written in advance to be unique. They have performed in Middlebury in the past. According to Broadway World, the cast’s style imitates Saturday Night Live with a stream of references to Vermont culture mixed in.

In addition to these fall performances, Town Hall Theater is preparing for the college’s annual J-Term musical. The team is in the process of auditions for “Fun Home” — a Pulitzer Prize-winning memoir piece by Alison Bechdel about discovering her sexuality through her childhood and her relationship with her gay father.

The musical was chosen by Town Hall Theater Artistic Director Doug Anderson for its timeliness, high-quality music and ability to be brought to life.

The J-Term production will be the biggest collaboration between the theater and students for the year, but Mitchell said she and her team are hoping to bring more students in the door to see productions.

“I find that whenever college students are in the building there’s always this feeling of 'Why aren’t we here more, this is a great place,’” Mitchell said.

Mitchell added that she and her team put consistent effort into bringing an array of performances to Town Hall Theater each season. “Because of the variety of companies we have — an orchestra, Middlebury Acting Company, Counterpoint Music — having all of those in our grouping also keeps our programming diverse and interesting,” she said.

More information about upcoming events can be found on the Town Hall Theater website. 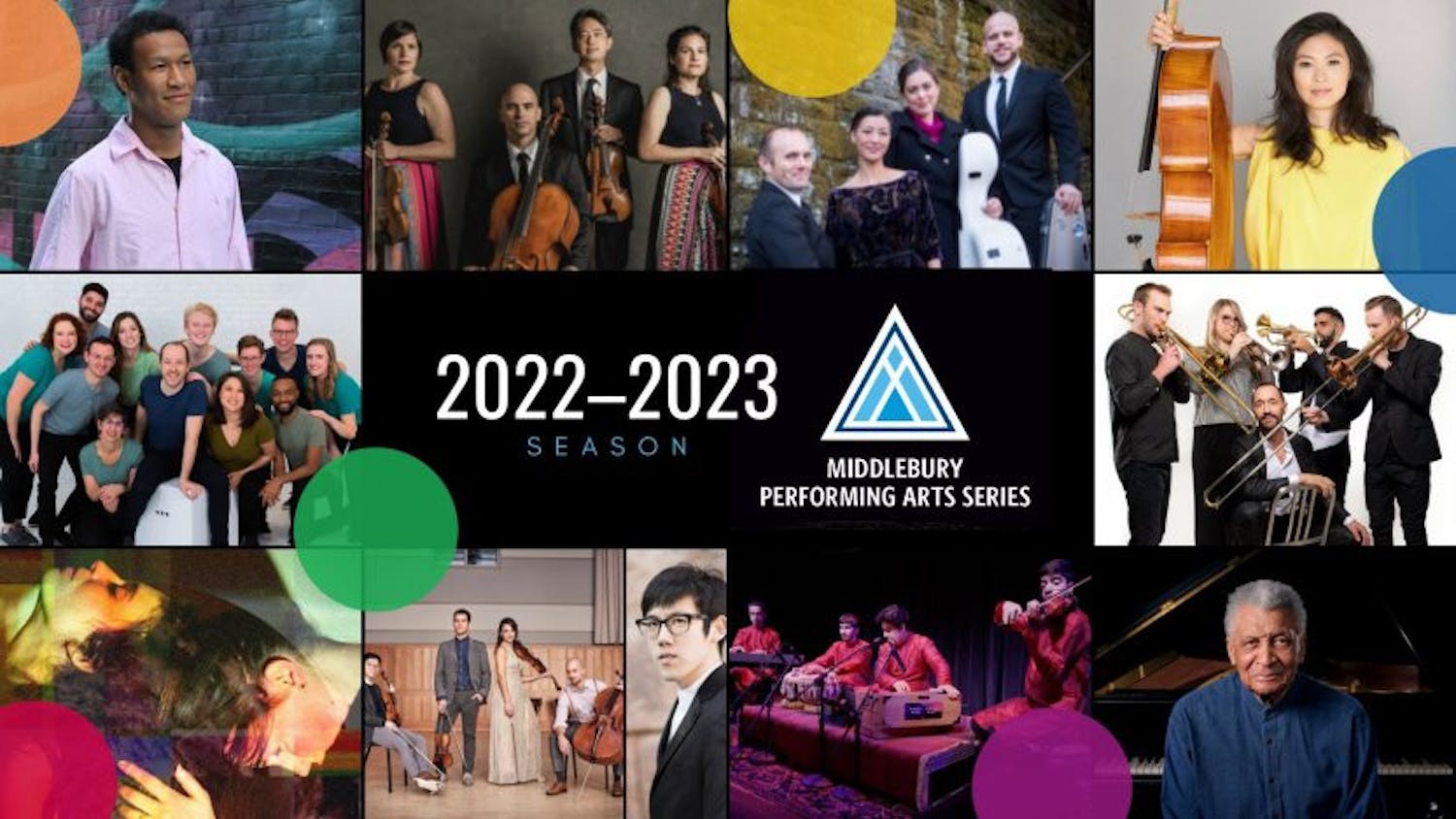 The Performing Arts Series at Middlebury: The Fall Rundown 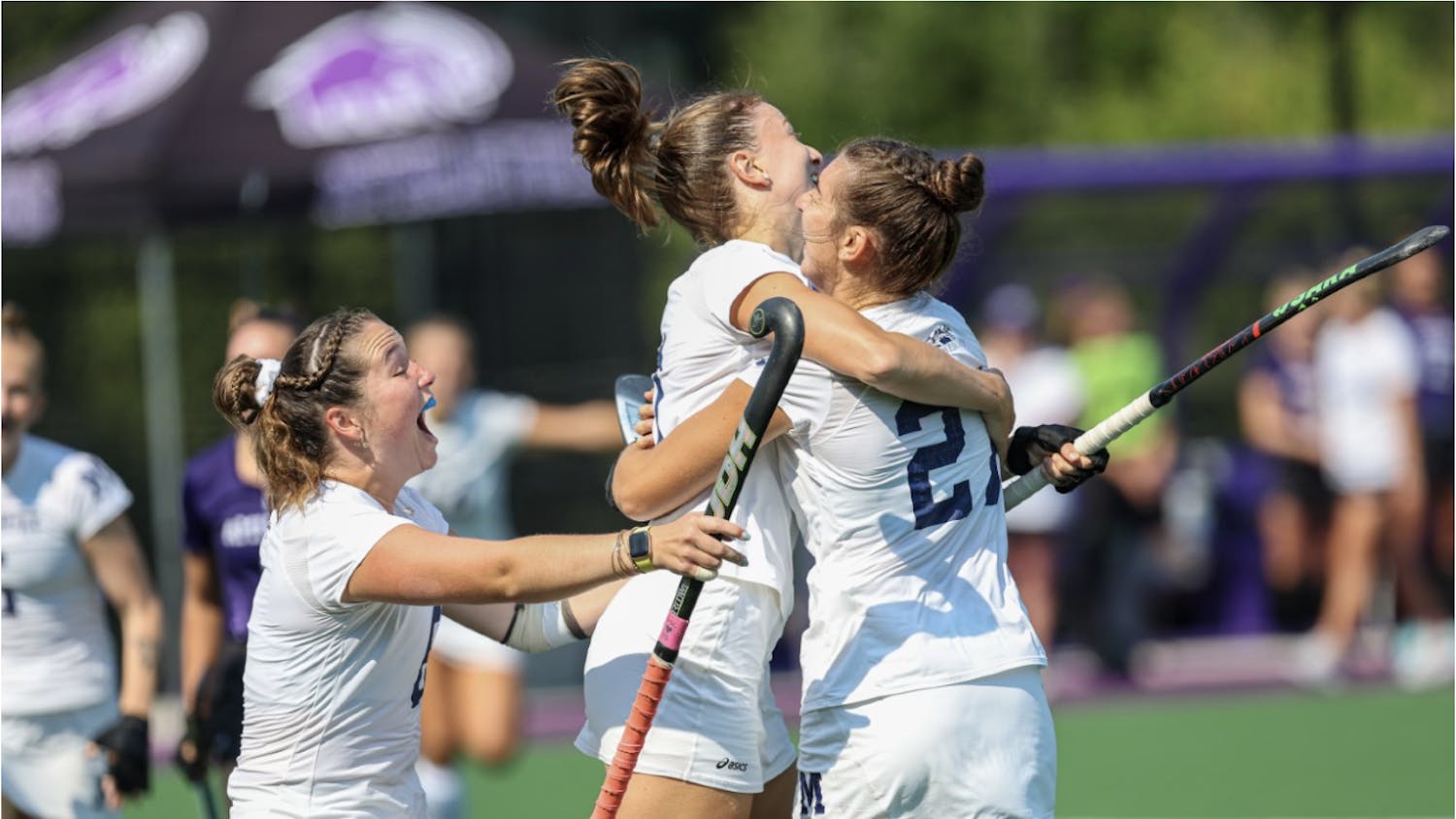