Who and what to watch this season

Background: The biggest storyline for the Panthers will undoubtedly be how they’ll do after the graduation of Cassie Kearney ’22, who is now running for Michigan. In spite of her absence, there are many reasons to be excited about the team’s prospects this season. Bea Parr ’25 regularly finished as the Panthers’ #2 runner last season and looks set to step into a bigger role this season as the Panthers’ top runner. So far, she has taken that step in stride with an impressive victory at the recent Vermont Tech College Maple Syrup Challenge, where her winning margin was nearly a minute. Add in an impressive cast of underclassmen including Morgane Orcutt ’25, Victoria Fawcett ’26 and Lily Bulczynski ’26, and the Panthers have a very bright future ahead of them. The team will be led by Head Coach Nicole Wilkerson, who has been at the helm of both cross country teams since 2011 and who has led the women’s team to three NESCAC titles and a runner’s up finish at the NCAA championships. With all these pieces falling into place, the Panthers could be running straight toward the program’s 15th NESCAC trophy.

Background: The men’s cross country team boasts a deep roster this year, combining a well established core of upperclassmen with a talented group of younger runners. Senior captain Zander Kessler ’22.5 was often the team’s top runner last year, and he’ll be supported by a few familiar faces, with Alec Gironda ’24 and his co-captain Luke Lorenz ’23 taking first and second places respectively this past weekend in the Vermont Tech College Maple Syrup Challenge. The team also includes the school’s indoor mile record holder Max Cluss ’23, who is hoping for good results this fall ahead of his final track seasons. The real deciding factor for this team, however, could be the team’s underclassmen, who have started the season off strong. First-year runners Owen Johnson ’26 and Harry Griff ’26 both showed good speed in the team’s opening race, while sophomores Ziggy Goddard ’25 and Drew Donahue ’25 both demonstrated immense growth over the course of last season and have now become two of the team’s most reliable runners. The team placed second in last year’s NESCAC race, a tantalizing eight points behind the winning Williams team, and will be hoping to go one better this time around. Expect a strong effort from the Panthers this fall as they hunt for an elusive second NESCAC title.

Background: The women’s golf team got their season underway this past weekend as they finished fifth at the Hamilton Fall Invitational. Leading the way was Jax Slinkard ’24, who finished the two day tournament with a seven over par. The team is well balanced with a number of members capable of being the team’s top scorer, with Audrey Tir ’25 and Katie Murphy ’23 standing out after a particularly strong close to last season. The team placed third in the NESCAC last year and have never placed lower than fourth since the advent of the NESCAC tournament in 2015. Coach Bill Mandigo is an experienced veteran of the game, entering his 15th season as head coach. The Panthers will certainly be towards the top of the pile in the NESCAC and might just be a sleeper pick to claim the NESCAC title.

Background: The men’s golf team finished in third place in the NESCAC Championships last April; the team was a combined nine strokes behind first place Hamilton and only one stroke behind second place Tufts. The golf team, keeping most of their core players from last year, looks to continue to remain near the top of the NESCAC. Already, in the team’s first tournament of the season, they placed second of the 24 teams competing.

Background: The Panthers are coming off a strong spring season where they finished as NESCAC finalists and NCAA semifinalists. The team won’t be competing for the NESCAC title again until the spring season, but they still have some major opportunities for trophies, particularly with the Intercollegiate Tennis Association (ITA) Regional Championship and the New England Women’s Intercollegiate Tennis Tournament. With most of their key players returning, the Panthers have a talented roster for both singles and doubles matches, headlined by Sahana Raman ’25, the ITA Championship runner-up in the singles competition last year. The Panthers have consistently proven themselves to be a team of national caliber over the past few years, and with the extremely qualified Taka Bertrand taking the reins of a fairly young team, the future looks bright for women’s tennis at Middlebury.

Background: It certainly looks like a rebuilding year for the men’s tennis team, who have suffered some major losses in the offseason. Stan Morris ’22, last year’s Intercollegiate Tennis Association (ITA) Cup singles champion and NCAA singles champion has graduated, as has his doubles partner David Vylis ’22. With their star players from last year gone, Noah Laber ’24 and Aidan Harris ’23.5 look likely to take center stage after some assured displays as a tandem last year that saw them finish as quarter-finalists in the ITA Cup. Zihao Yuan ’24 and Neel Epstein ’25 also look set for important roles after posting impressive singles records last year. Despite the loss of a strong senior class, the team maintains its status as a major NESCAC contender after winning the title for the last two years. They have a full academic year to prepare for that tournament, so for the time being, all eyes will be on the ITA Regional Championship in October.

Background: After a dominant 2021 season, in which they won their first 14 games and held a home record of 10–0, the women’s volleyball team is locked and loaded for another NESCAC championship run. Despite losing a couple of hallmark players such as Maggie Wise ’22 and Corley Doyle ’22, Middlebury has a panoply of younger players and returning vets primed for another big year. The 2021 NESCAC Rookie of the Year Gabbie O’Toole ’25 is set for a big sophomore year, Katie Kraczkowsky ’24 has put up big numbers in the first four games of the season and Lucy Ambach ’23 will return for her final season as the leader and tone setter of the squad. After beginning the season with a 3–1 record, the volleyball team will play their first NESCAC competition this Friday against Williams College (2–1), who also lost in the 2021 NESCAC quarterfinals.

Background: Coming off an undefeated season with both a NESCAC and national championship title, Middlebury Field Hockey has their sights set on another record breaking season. Katie George ’24 returns this year as a first-team All American, joined by Amy Griffin ’24.5 as the reigning NESCAC Rookie of the Year. Also to watch this season will be Charlotte Marks ’23.5 and Katherine Lantzy ’25, as Middlebury navigates a changing of the guard after graduating six seniors last season. Middlebury has started off the season strong in opening week, boasting three consecutive wins against Castleton, #11 ranked Amherst, and University of New England. Middlebury has won four consecutive national championships since 2017 (there was no 2020 championship due to the Covid-19 pandemic) under head coach Katharine DeLorenzo, and heading into their first week of competition, it is clear the Panthers are hungry for another trophy.

Background: Fortunately for the men’s soccer team, only six seniors graduated last year, and almost all of their key players remain. The 2021 D3sports.com National Goalkeeper of the Year and First Team All-NESCAC player Ryan Grady ’23.5 returns for his junior season, Second Team All-NESCAC forward Jordan Saint-Louis ’24 leads a talented attacking core and Michael McFarlane ’22.5 is sticking around for his fifth season on the team as a captain of the squad. After a 13–5–3 regular record last year that ended in a NESCAC semifinal exit, this year’s squad is geared up for a deep run in the NESCAC championship. They have begun the season 1–0–1 and will face Hamilton College (2–0–0) this Saturday for Middlebury’s first taste of NESCAC competition on the freshly turfed South Street Field.

Background: Coming off a NESCAC Title and NCAA tournament appearance, Middlebury soccer ended last season with a final record of 13–4–3. Elise Morris ’22.5 earned First Team All-NESCAC honors last year, and as one of three captains this year, she will lead the team as they chase another title. The season started off 2–1 in the first competition weekend, sporting a 1–0 win against UMass Boston and a 3–1 win against Wheaton College, despite losing 3–4 to Amherst College in their first in-conference matchup. The team looks set for another strong run in both the conference and national tournaments.

Background: After a disappointing 2021 season with the Panthers going 3–6, Middlebury looks to rebound in what will be Head Coach Bob Ritter’s final season at the helm of the team. Middlebury’s offense looks promising this year with 2019 NESCAC Co-Rookie of the Year Alex Maldijan returning to play running back for the Panthers after a two year hiatus from football. Maldijan will be a welcome addition to the Panther’s burgeoning offensive core of receivers Donovan Wood and Greg Livingston ’23. On the defensive side of the ball, 2021 NESCAC Co-Rookie of the Year Tomas Kenary highlights a group that was 5th in the NESCAC last year in average points allowed per game. However, Middlebury does have stiff competition this year. Trinity and last year’s NESCAC Champions Williams should be stiff competition for Middlebury. 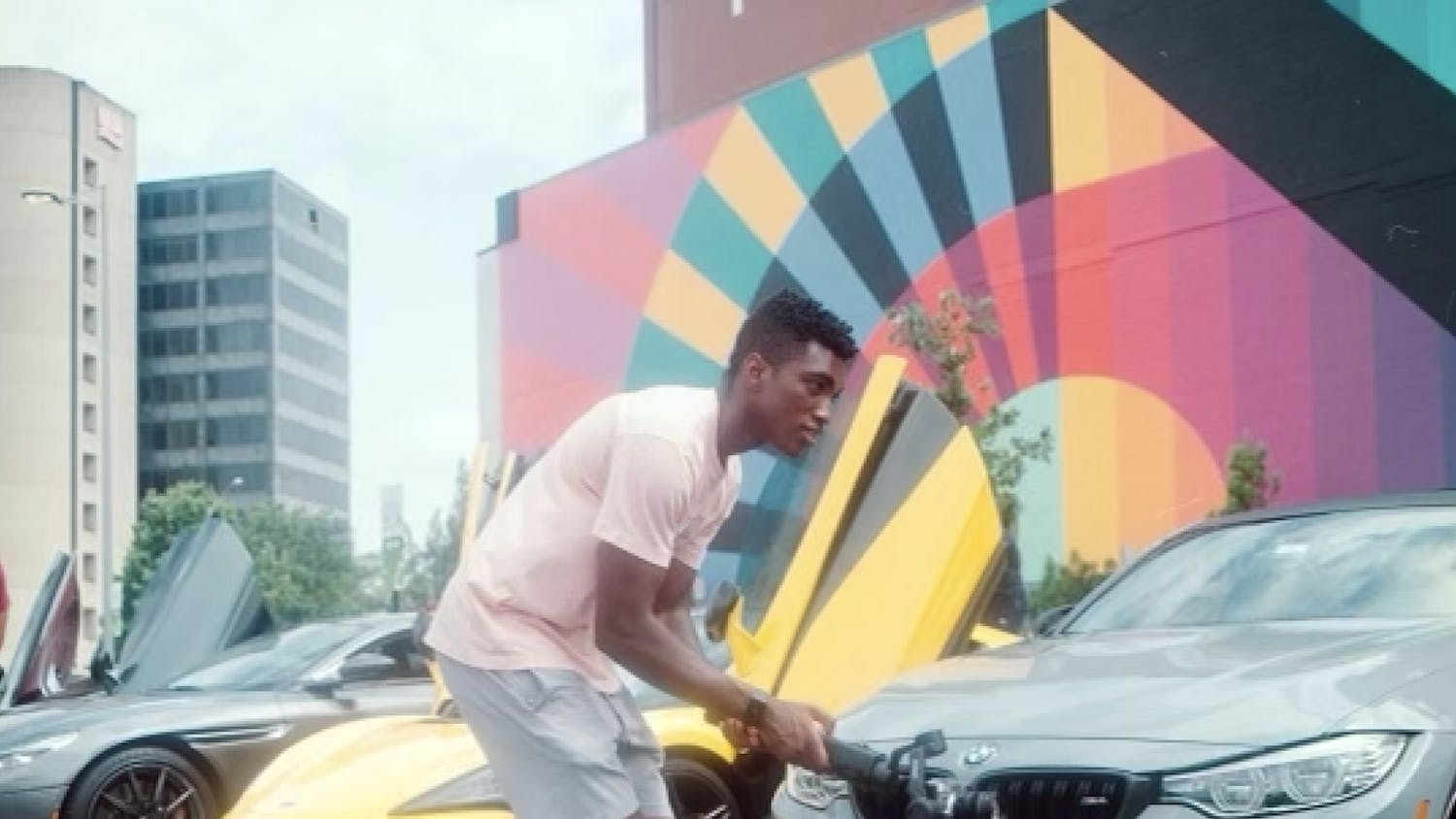 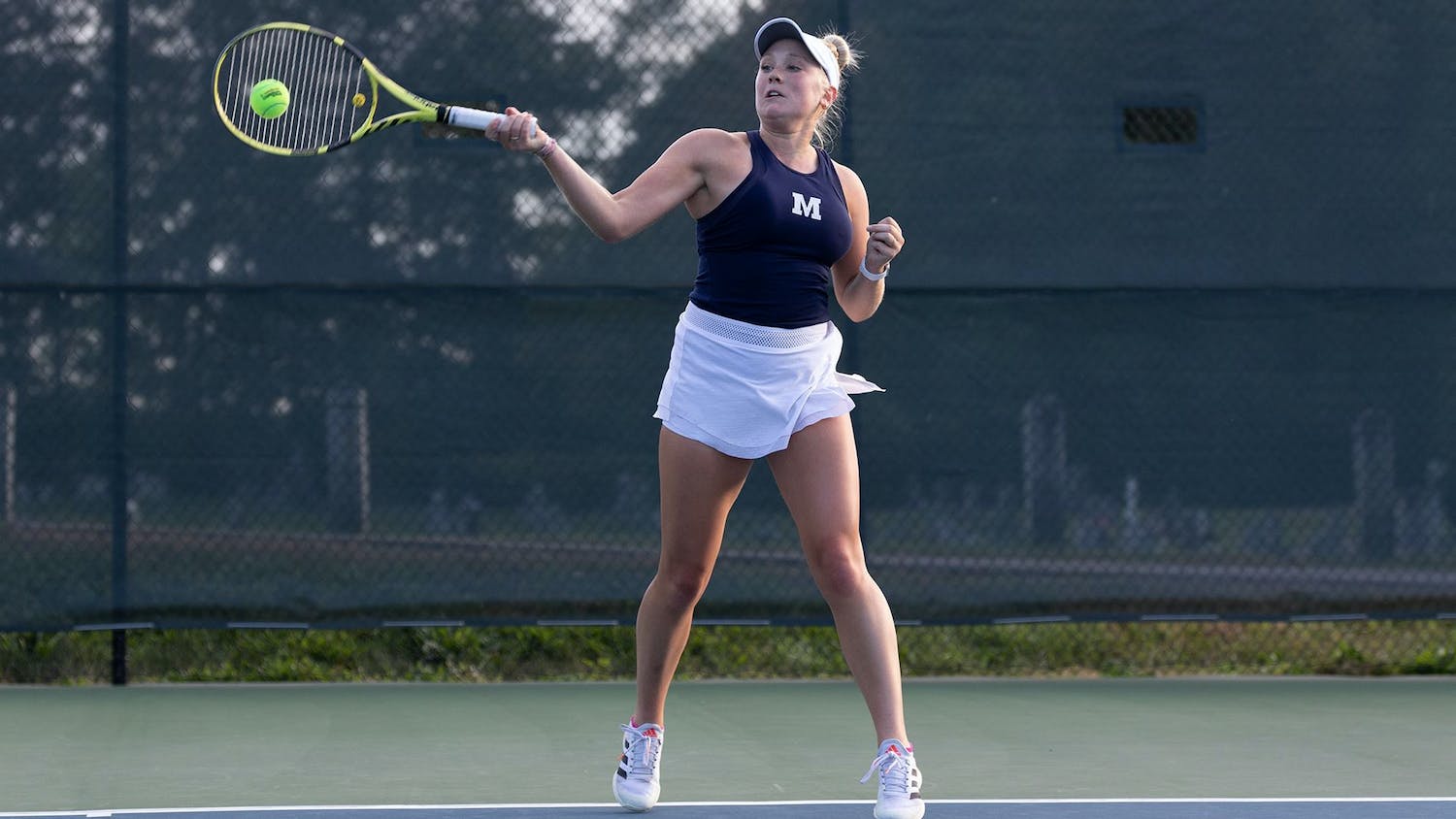 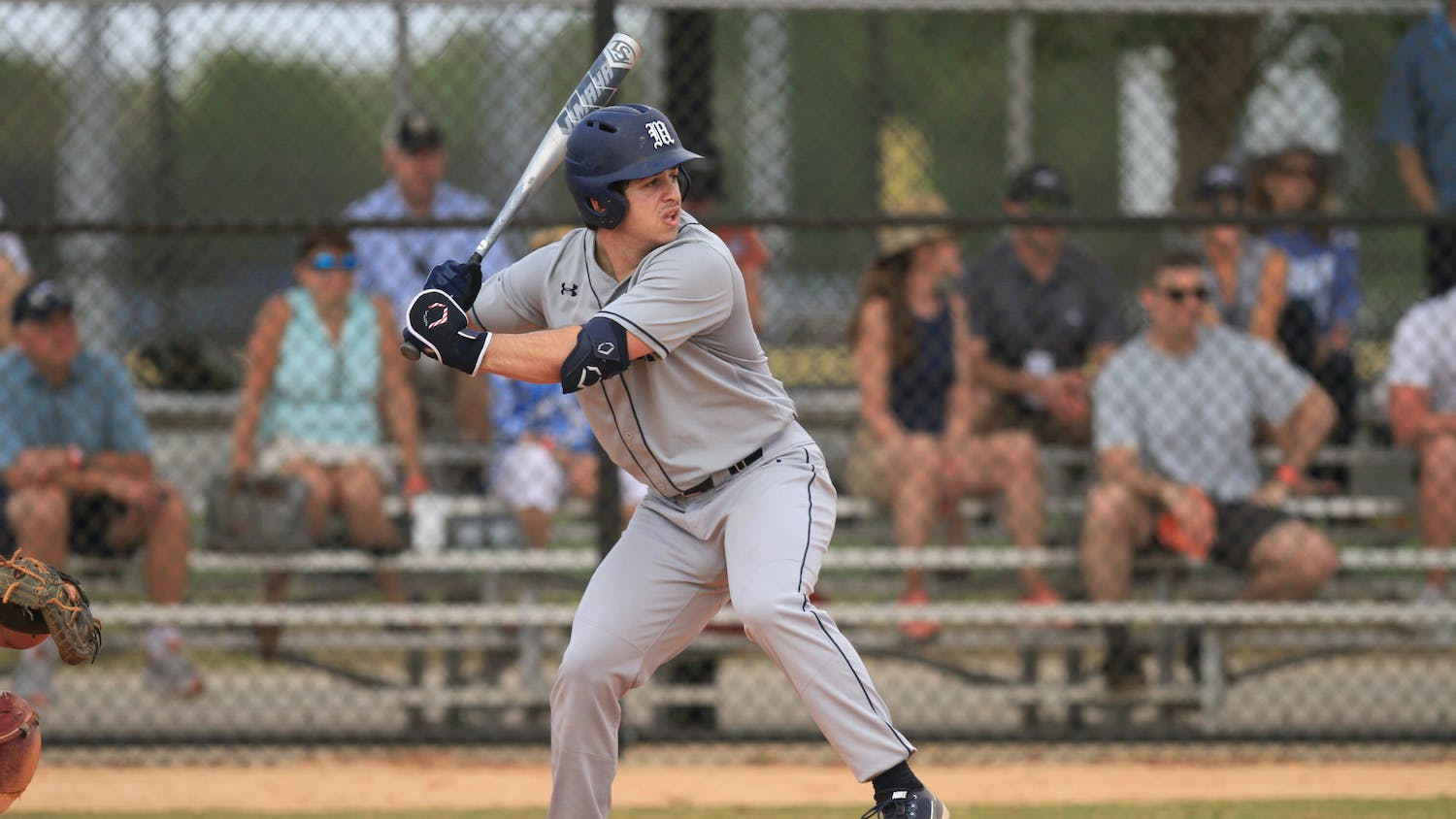