Before the pandemic, students would frequently interact in person with the custodial staff assigned to their housing spaces. FYCs and RAs would make a point of mentioning them by name to their residents and introducing them as members of the residential community. Last fall, when facilities staff were mandated to work in the early hours of the morning to reduce contact with students, these connections — along with other commonplace interactions — became uncommon.

This disconnect, however, is not something inherent to the pandemic. As students stream in and out of dining halls during rush hour, ‘thank you’s are few and far between. Patterns of student vandalism demonstrate a striking lack of awareness in regard to who ends up fixing broken lights or cleaning urine in elevators. For the most part, students do not have to face the members of our community who are tasked with addressing the aftermath of student entitlement. Additionally, student workers have remarked that their friends and acquaintances don’t say hi or acknowledge them while on shift, as if they became invisible the minute they put on a Middlebury Dining hat.

It’s far past time to recognize Middlebury’s staff for who they are — the people who make it possible for us to be here in the first place. The recent results of the staff council survey display a staggering level of dissatisfaction among Middlebury employees, relating to rampant understaffing, ineffective communication channels and below-livable wages, just to name a few.

The last thing that Middlebury staff need is aloofness and disregard from students. And while we as students feel limited in our ability to catalyze comprehensive institutional change, this does not mean potential actions would be futile. Members of our editorial board have also been told by staff that the most effective way for administrators to consider staff complaints is to get students involved  — and in 2018, student protests were able to help galvanize a wage increase.

Therefore, it is not just about including staff — deliberately and consistently — in our definition of community. It’s also about fighting for the entirety of this community in order to provide resources and support to those who make this school run.

In the survey, only 9% of staff noted that they strongly agree that their job duties are reflected by their pay level, and 46% state that they need a second source of income to make ends meet.

In a rural area like ours, it isn’t easy for staff to simply walk away from the college if their needs aren’t being met — but staff are still choosing to leave, despite the difficulties presented in doing so. Likewise, the majority of staff are satisfied with the college’s benefits, but this in no way excuses the college’s failure to raise wages.

While we implore students to rally on behalf of staff, we also recognize that this responsibility should not be ours. The voices and concerns of staff alone should be more than enough for the administration to listen, but these pleas are still seeming to fall on deaf ears.

The bottom line is that staff are not just an integral part of our community, they’re the backbone of it. Students, while not the ones responsible for institutional shortcomings, wield tremendous power both on a small scale within our interpersonal reactions and with our position within the broader institution. It’s time to take advantage of this power. 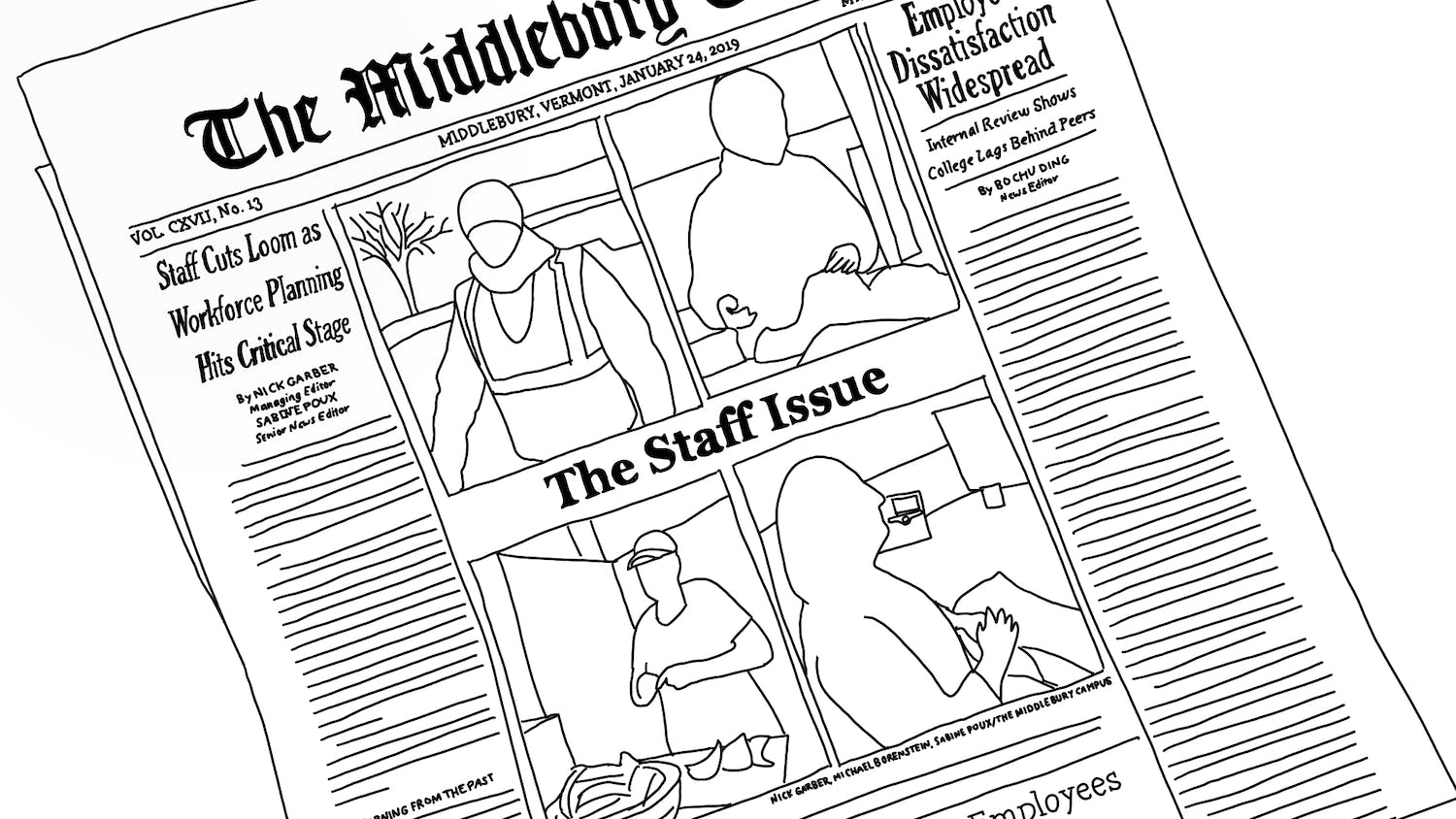