There are a number of “firsts” that students experience when they arrive on Middlebury’s campus that leave them with a sense of place and belonging; the first Vermont fall, the first day of classes, or their first ride down the Snowbowl.

For me, it was WOMP.

Short for “Wednesday Open Mic Night,” WOMP drew me in with the music spilling out down the steps of Gifford. Not knowing what to expect, I sat and listened to singer/songwriter Marina Prikis’s original song, “Take me to the Lakeside.” Powering through technical difficulties as a full crowd watched on, she delivered a stellar professional performance to a crowd of both new and seasoned WOMPers.

Nearly eight years after its inception in February 2014, these open mic nights have served as fun, semi-spontaneous events where students can perform poetry, stand up comedy, and musical performances of all genres, from bluegrass to live beat-making.

“It's a mid-week stress buster, for sure,” says super senior Liam Wynne, the one-man organizer of WOMP.  “I would even say music is a secondary aspect of WOMP, with the first being to congregate.”

As I watch people gather in the Gamut room for my second round of WOMP, I heard people yell greetings over the music that plays between sets, talking and laughing and encouraging one another to perform. I see people transcend their campus lives for a night. I watch as the person in my Global Studies class belts out an intricate, soulful blues ballad. As the room grows louder, I can’t help but notice how the stress of my deadlines and assignments gradually fades into obscurity as I tune into the music and the folks around me.

WOMP’s success this year is even more special given that Liam inherited the one-man leadership last spring when large gatherings weren’t permitted. Collaborating with campus radio station WRMC, WOMP was maintained last semester through weekly live recordings on air, typically consisting of three acts per night for listeners all around campus.

Even with this creative solution, the magic of WOMP simply can't be transmitted through airwaves.

“In a lot of ways it wasn’t even WOMP,” Liam explains. “It lacked that impromptu, spontaneous quality of WOMP where no one knows who’s going to play every night except the headliner.”

Knowing the struggles they went through last year, I felt grateful as I watched Liam in his zone behind the scenes. Helping manage microphones, sound levels, and individually setting up the space for each performance, all while training future organizers after his departure next year. His love for music and this space shows.

As individual spontaneous acts wrapped up, Untitled Feb Band took the stage and delivered the funkiest performance of the night, bringing the entire crowd out of their seats and dancing to an infectious wave of sound. I try my best to snap photos as shaking tambourines and duelling harmonies bounce off the art-covered walls of the Gamut room and spill into the cold October air outside.

As the night winds down (it is a weekday after all), I catch up with Liam outside. I ask him what he wants people to know about WOMP.

“I would definitely encourage everyone to come to WOMP. It's a low stakes performance environment; it's impromptu, and it's a really nice relief from everything going on,” he said. 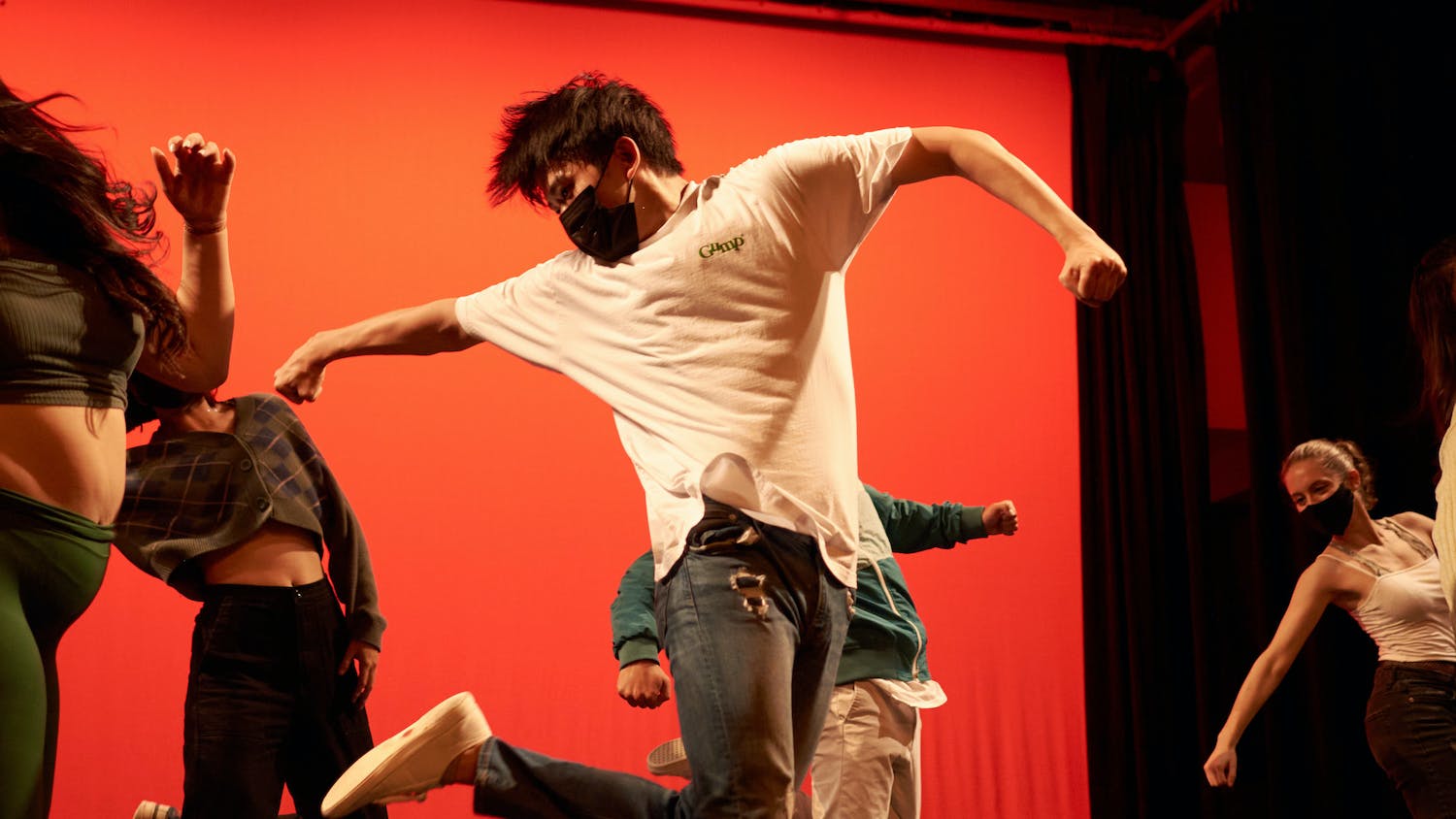