DLWC Given Reprimand by Judicial Board

UPDATE: Just past 1 a.m. — over 10 hours after the beginning of the proceedings — the students were found guilty by the Community Judicial Board and given a reprimand. They will not be subject to any official College discipline.

At 3 p.m. a capacity crowd was in attendance in Dana Auditorium to bear witness to the first public Community Judicial Board (CJB) hearing in over five years, a proceeding that saw five students stand before the board and defend themselves against alleged violations to two sections of the College Handbook.

The students — Molly Stuart ’15.5, Jay Saper ’13, Sam Koplinka-Loehr ’13, Amitai Ben-Abba ’15.5 and Jenny Marks ’14.5 — were brought before the board for their involvement in the dissemination of a mock press release to students, faculty and local media outlets on Oct. 12. Marks, who is currently volunteering in New Orleans, was present for the proceedings via Skype.

The College was represented by Michael Roy, L. Douglas and Laura J. Meredith dean of LIS and chief information officer, and Shirley Collado, dean of the College.

Sue Levine, assistant director of alumni and parent programs, served as the chair of the judicial board for the hearing. The CJB was represented by an eight-member body that included students, staff and faculty.

The proceedings opened with impassioned speeches from the five members of the self-titled Dalai Lama Welcoming Committee (DLWC), in which the students read sections of a collectively written statement. They maintained that the message of the mock press release could not be separated from their method — an assertion the representatives from the College repeatedly challenged throughout the hearing.

The students called for immediate action from the College in divesting its endowment from the destruction of “planet and earth.” The example of Hampshire College was cited, as the students argued that “divestment is possible.”

The College sought to limit the discussion to the actions taken by the students and the alleged policy violations to the College Handbook.

Collado and Roy discussed the definition of an “all-student” email, the nature of an act that might be considered a public “nuisance,” as well as the potential harm that the mock press release might have caused to staff, students, faculty and the reputation of the College.

Throughout the proceedings, the students were aided by four faculty advisors: Tara Affolter, visiting assistant professor of education studies, Laurie Essig, associate professor of sociology and women's and gender studies, Mike Olenick, professor of mathematics and Sujata Moorti, professor of women’s and gender studies. Three of four of these advisors were members of a group of 17 professors who signed a letter supporting the actions of the five students, which was published in the Campus and on MiddNotes.

Following extensive questioning by the CJB, and back and forth questioning between the five students and the two representatives of the College, four witnesses were called to testify before the board.

Barrett Smith ’13, co-chair of community council, and Anna Shireman-Grabowski ’15, Student Government Association (SGA) Feb Senator were called to respond to questions regarding the reactions of student members of the college community.

Sarah Ray, director of public affairs, was also called as a witness. Ray explained that the mock press release had made her job significantly more difficult during a weekend that was especially hectic for the College, as a result of His Holiness the Dalai Lama’s visit to campus.

Peter Hamlin, Christian A. Johnson professor of music, was also called to testify before the CJB. As a former broadcaster, Hamlin spoke to believability of the press release, explaining that trained journalists would not have been fooled by the students’ action. Hamlin elaborated that the students’ press release did not use the typical “corporate style” of institutionally sanctioned releases, and that the contact name used by the students —Tim Schornack — sounded much like the fictitious names of the Mad Magazine characters that he used to read about when he was a teenager.

Hamlin described the administration’s response to the students’ press release as a “baffling overreaction,” and warned of a harsh response that would further stifle conversation and free expression on campus.

Following the culmination of the questioning of the witnesses, Karen Guttentag, associate dean for judicial affairs and student life and moderator for the hearing, then read five statements submitted by College community members, which served in the place of character witnesses.

The letters were written by two former students as well as three faculty members. In his letter, Nial Rele, Commons Residential Advisor of Brainerd Commons, spoke of Koplinka-Loehr’s compassion in his service as a First-Year Counselor and Residential Advisor.

Olivia Grugan ’12, writing from Palestine, wrote of Ben-Abba’s commitment to speak for the oppressed.

Finally, Amy McGlashan, special assistant to the director in Education In Action, spoke expansively of Saper’s commitment to community building and service.

In their closing statements, the two College officials asked the board to consider a few central themes of the case. First, Roy explained that the CJB would be forced make the distinction between “political satire” and “deception.” Second, he asked the board to consider, “when do the ends justify the means?” Roy then posited that this case could hold the potential to set a precedent for students in the future.

In their closing, the respondents explained that their action was in response to a campus environment that had inhibited dialogue. Citing the words of Desmond Tutu, Ben-Abba maintained remaining neutral in this case represented taking the side of the oppressor. Ben-Abba called on the administration to hold themselves accountable to their values.

Just after 9 p.m. the hearing concluded, and the five students — and also the thirty or so community members who were still in attendance — were permitted to leave the auditorium.
Comments
Popular
Tweets by alligatorSports
More 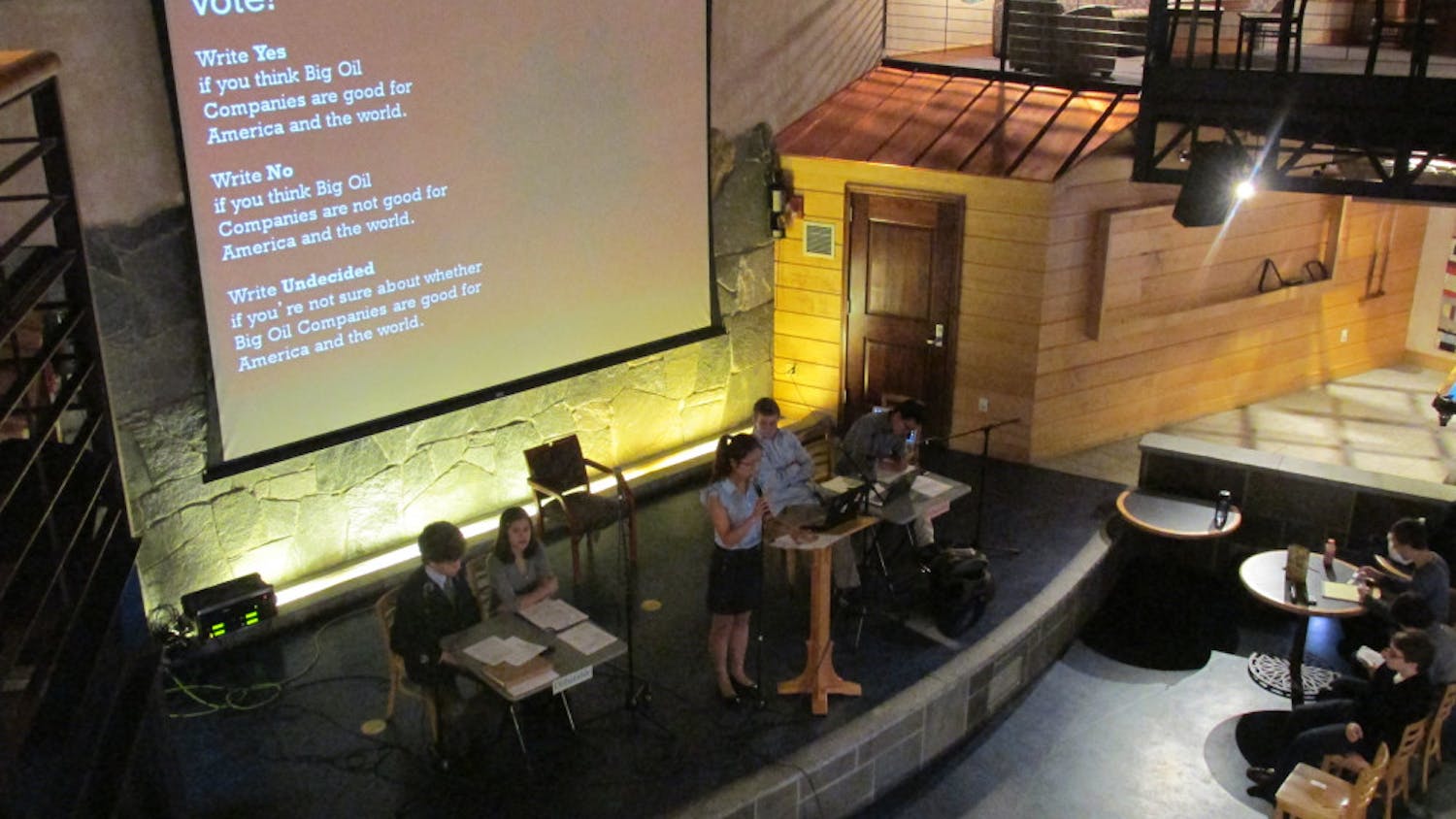 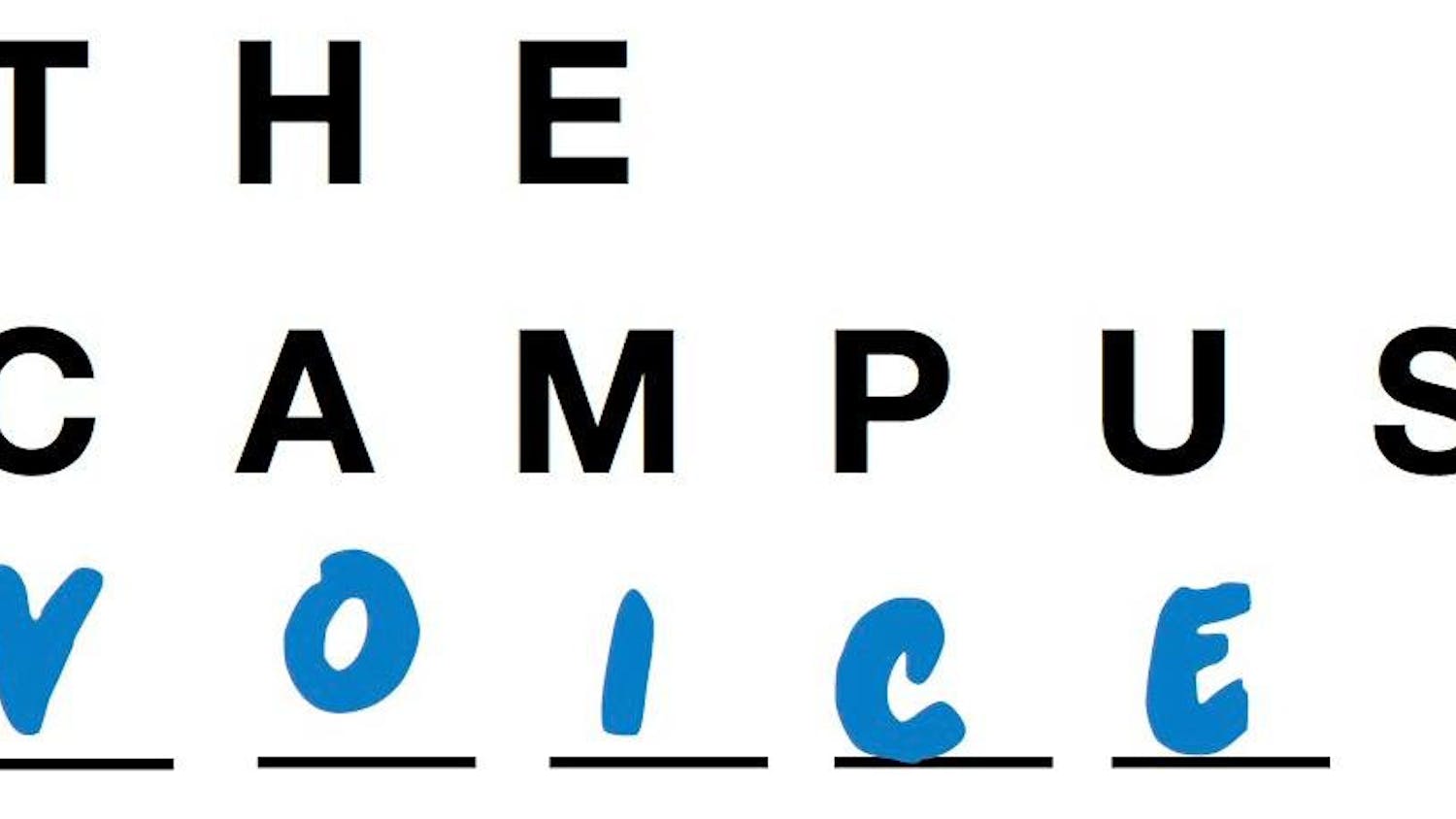 The Campus Voice: Is it Worth It?