In a semester fraught with unforeseen challenges, students and professors will have to contend with one more obstacle: cuts to the library budget. A 25% cut was initially announced in early July and further reductions were made in the fall.

Waiting to finalize cuts until the first quarter of the fiscal year is highly unusual, but things are “a little more fluid than usual” this year, according to Collection Development Librarian Douglas Black.

The cuts to the library are part of the 33% cut that all Academic Affairs departments have experienced, according to Dean of Faculty Sujata Moorti. Though it was a “painful process,” Moorti said the measure was put into place to maintain wage continuity.

Unlike some peer NESCAC schools and other similar colleges, Middlebury has not laid off staff members. “The college made what I feel was a very humane decision to protect staff,” Library Dean Mike Roy told The Campus.

“I’ve had to make some very hard choices,” Roy said. “It sort of runs contrary to our ethos which is to say ‘yes’ and be as helpful as we can, so it’s been hard to make this change.”

Black said the Collections team had numerous factors in mind when deciding which collections and databases to cut. They tried to “spread the pain” so no department was disproportionately hit, kept resources that were unique or central to a discipline and analyzed usage data to determine which resources served the broadest sector of the community.

Anticipating the effect of the cuts, the library also increased the budget of the Interlibrary Loan program (ILL). This increase had to be offset with a slightly deeper cut to other library resources. The ILL allows students or professors to request and receive books, articles or journals from other colleges that Middlebury library does not have in its collection.

Professors and students are already beginning to feel the impact of these cuts. When Laurie Essig, director and professor of gender, sexuality, and feminist studies, designed her syllabus in August, she added two e-books that were in the library’s collection. By September, they were gone.

“It seems to me a library would be essential to what a college does,” Essig said “We are an institution of higher learning. Where are our values?”

Library staff have been offering increased delivery and scanning services for Middlebury-owned items and have been communicating with faculty regarding how to plan courses with the resources that are currently available.

Professor of History Louisa Burnham said she was shocked when she glanced at the list of canceled journals. Of particular note for Burnham, a scholar of Medieval history, were the cancellation of “The American Historical Review,” the premier history journal in the country, and “Speculum,” one of the most important journals of Medieval studies in the world.

“These are just [the journals] that stood out to me personally,” Burnham said. “I’m sure each of my colleagues will have visceral reactions to the loss of journals in their own subfields.”

“Each and every one of us will be hurt by this because it’s that much less knowledge we have access to,” Essig said.

The cuts will also make thesis work and other research projects much more difficult. Students will still have access to most of the same journals through the ILL. However, students and faculty will have less immediate access to resources. Articles take 24 to 48 hours to be delivered and loans will take about a week to come through the mail.

“Sometimes you’ll look at 10 articles that aren’t relevant to find one that is very important,” Herdman said. “That is greatly facilitated by having online access through a journal subscription where you don’t need to wait, and can look at an article in real time and see if it’s relevant or not.”

The true cost of the budget cuts will likely not be felt for some time, as many of the subscriptions the college purchased are annual and will expire in December.

“What you will see over the course of the semester and the year will be more things becoming not available so the full impact won’t be really felt until the spring,” Roy said. 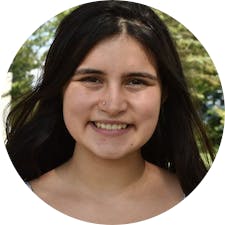