Comic relief in the time of controversy

On a typical day, Torre Davy ’21 will see maybe one or two posts on the “Middlebury Memes for Crunchy Teens” Facebook page, which he administers. But on Jan. 22, when an op-ed published in The Campus announced the return of Charles Murray, a whopping 39 memes were posted in the group, followed by a continuous barrage of content over the next few days.


The page, which boasts nearly 3,000 members, is home to a flurry of online student activity that usually centers on day-to-day student grievances — dining hall lines, class registration, job searches and finals-week panic. However, the page can also serve as a safe haven for students to air deeper frustrations during campus controversies.


Katie Corrigan ’19 founded the page in 2017 as a forum to vent with her friends after the events of Murray’s most recent visit to campus. Now, as Middlebury prepares for Murray’s third visit, many students are once again leaning into humor as both a coping mechanism and a means of opining on the invitation.


“I think humor’s great, especially for our generation, because it’s a space where people can get angry but still make jokes about it so it’s not purely a bad thing,” Davy said. Davy also said he recognizes the importance of having a forum that exists for independent student expression, which also has the ability to unite thousands of students through comedy and shared experiences.


Davy did not anticipate the influence that the meme page would have when he took over for Corrigan last year.


“The growth has just been crazy to the point where it has become a major source of information for students,” Davy said. “It’s giving you real news in a satirical way.”

The other major source of comedic relief on campus is the satirical publication The Local Noodle. Originally the brainchild of Ellie Simon ’19.5, an independent scholar who majored in Humor Studies, The Noodle is now spearheaded by Editor in Chief Henry Cronic ’21.


“I do think comedy serves a very important role in regard [to larger issues] because it allows people to talk about it in a way that doesn’t always lead to a fight,” Cronic said. In reference to Murray’s return, Cronic said he thinks the role of satire will be to “call out the administration on how ridiculous this is.”


Simon noted that while news articles are more concerned with facts, satirical articles can chronicle the emotional response people might have to a situation.


“I think we’re more trying to get at what people are feeling about something than what that thing is. And if the joke lands, it’s because we expressed that well,” Simon said.


The Noodle, which published in print for the first time last year, now publishes print editions around twice a semester and has an active website, as well as Facebook and Instagram pages. The group currently has 13 active members and is accepting applications.


The Noodle’s adviser J Finley, a professor of American Studies and Gender, Sexuality and Feminist Studies, also recognized the importance of satire in times of controversy.


“Humor is always going to point to some of the deepest problems in our culture and our society, and satire cuts even deeper because it’s always meant to expose and shame,” she said. “Middlebury as an institution leans towards pushing some issues of power underneath the carpet, and satire doesn’t let you off the hook for that.”


As The Noodle’s faculty adviser, Finley won’t give a final ruling when it comes to publishing a potentially contentious article. But she will look at it and sometimes send it to other faculty before giving her advice to the editorial board.


Last April, The Noodle was embroiled in controversy when it broke the story of former chemistry Professor Jeff Byers referencing Nazi gas chambers on an exam. Both the incident and the satirical article were condemned by the Community Bias Response Team (CBRT) in a school-wide email, which stated: “While satire can be an effective form of social critique, the article’s light-handed references to and engagement with the Holocaust have caused additional harm.”


In response, The Noodle published an article satirizing the CBRT. “Community Bias Response Team Gets Mad at Noodle For Making Them Do Their Job,” read the headline.


This spring, The Noodle again finds itself positioned to take on heavy material. Quickly following the January 22 announcement, The Local Noodle released a story titled “Administration Places Bulk Order for Neck Braces in Preparation for Charles Murray’s Return.” Cronic estimates that this may now be The Noodle’s most viewed piece.


“They’re not perfect of course, but they’re courageous,” said Finley about the publication’s staff. “It takes a lot of courage in moments like [Charles Murray] to not only address the issues but to find a way to get people engaged and thinking about what is at stake. And hopefully people laugh in the meantime too.”


A previous version of this article incorrectly reported the number of posts to Middlebury Memes on Jan. 22 to be 29. The correct number is 39. 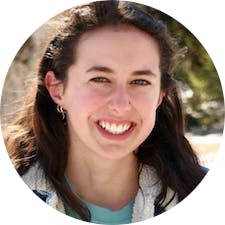 How student organizations get their funding