More than 230 first-year students presented at the First-Year Symposium in Axinn on Dec. 9, 2022. From 3 to 8 p.m., students, faculty and community members watched presentations from roughly half of the fall semester first-year seminars.

The symposium was organized by Professor Dana Yeaton, faculty director of OratoryNow, and Professor Amy Morsman, director of the First Year Seminar Program, to provide first-year students with a platform to meet each other as fellow thinkers, learners and scholars.

Smaller versions of the symposium were organized in previous years, according to Yeaton, but this year’s symposium was the largest. In 2020, Yeaton organized a virtual symposium with over 100 participating students. That was the first time all the first-year faculty were approached about participating in the event.

The 2021 in-person symposium was canceled less than three days before it was scheduled to occur due to Covid-19, but Yeaton characterized it as a blessing in disguise.

“That did us a favor because we were able to get a dry run of organizing the event. Even though it didn’t happen, we were able to figure out the logistics of hosting a large event like this,” Yeaton said.

The symposium was a way to welcome first-years to the academic community, not just as students but as scholars in their own right, and celebrate the end of their first semesters at Middlebury.

“When someone comes to college, it would be great if they were invited to step up in front of the community and talk about something they learned at the end of the semester. We have this with the Spencer Prize competition, but we wanted this to be something different. We wanted this to be tied to something that came right out of class,” Yeaton said.

The Spencer Prize Speech Competition allows first-year students to compete and win prizes by delivering compelling speeches. The First-Year Symposium is different because students can volunteer to present, individually or through a seminar, with the freedom to choose their topics.

Professor Yeaton and Professor Morsman recruited seminar classes for the event by presenting it as a challenge for first-year seminar professors in the fall. Professor Morsman’s own seminar, Civil War and Civil Rights, performed sketches and delivered presentations related to Civil War issues.

“Scholars are curious, find answers to difficult questions and then convey them in a meaningful way. Students who haven’t even been here for a full semester have the opportunity to present themselves as scholars,” Morsman said.

The symposium promoted the learning goals of the first-year seminar, according to Morsman.

“One of the learning goals is the writing-intensive element. It’s not that you’re writing all the time, it’s that you’re developing an awareness of writing every week. Students can learn to write and speak with clarity while also educating their peers on a complex historical topic that has modern repercussions,” Morsman said. “An event that creates a flow between working on writing and then turning that writing into effective oral presentation is huge for first-year seminars, so this was a great way to capture the end of the semester.”

Yeaton believes exposure to large-scale public speaking is crucial for first years, especially as they move on to be community leaders and globally-minded citizens.

“As seniors, you realize that your effectiveness in the world is dependent on your ability to speak, but you’re three years too late. The symposium is significant because it teaches students early on that public speaking is not just a commercial skill — it’s a pretty important intellectual capacity and a way of learning,” Yeaton said.

Professor Yeaton hopes the First-Year Symposium will become a regular tradition, as it is in other colleges and universities.

“Now you can conceive of there being a presentation culture at Middlebury, that we don’t just sit in our rooms and read. We have a sense of public scholarship here,” Yeaton said.

“I was not only proud of my students, but I was happy for them. It seemed like it was an event they enjoyed even if they were nervous. They overcame their anxiety and shared their knowledge with a body of people who don’t know the topic,” Morsman said. “I saw a lot of smiles on people’s faces. I loved seeing the sense of accomplishment and camaraderie. This is a huge confidence boost for students as they go into their second semester.”

For the next symposium, they hope to get more first-year professors involved from the start.

“If we could do it again, it would be wonderful if we had even more seminars. We had roughly half of the seminars participate in the symposium, but more participation would be great even if it is a logistical challenge,” Morsman said. 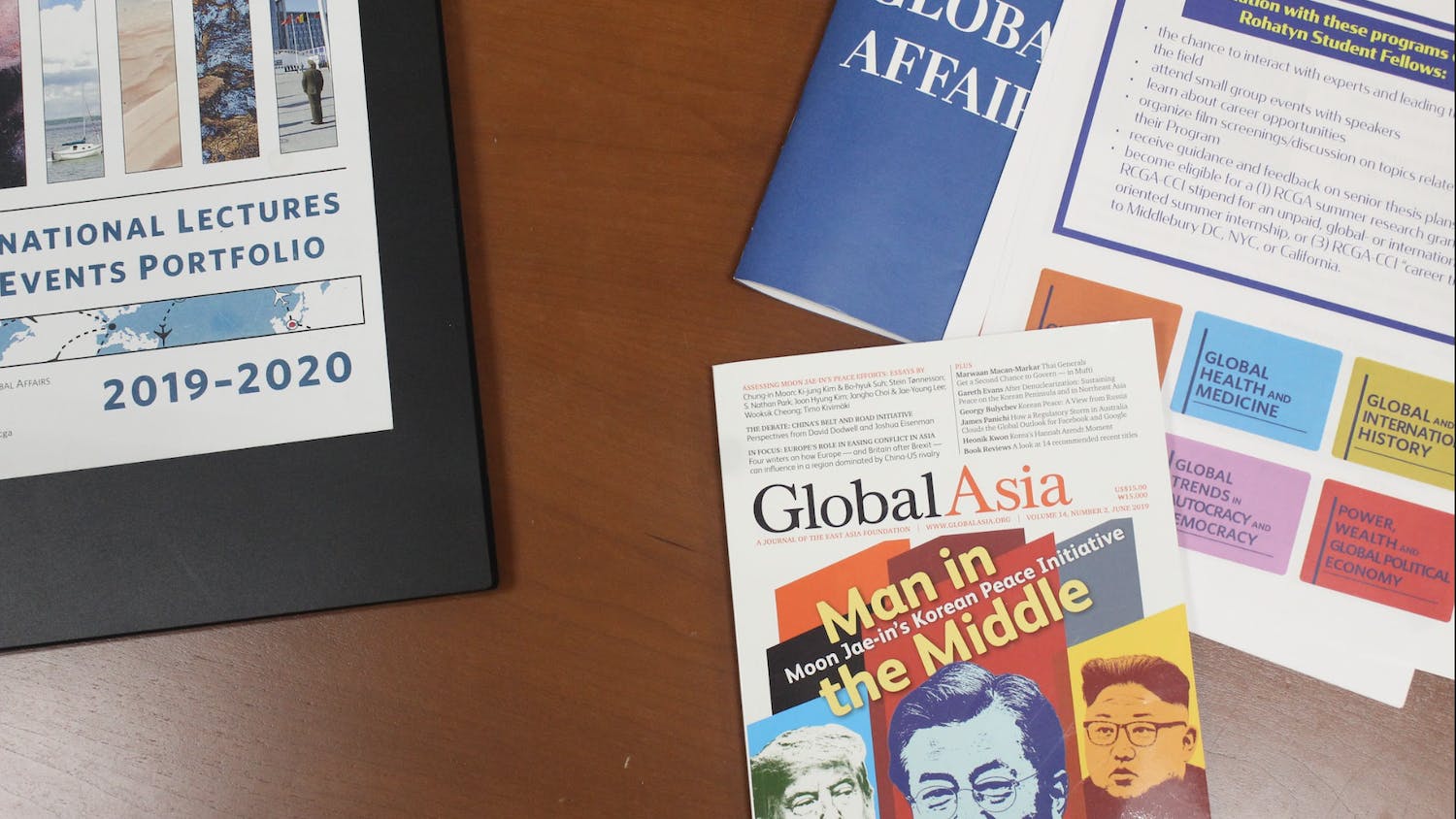