Middlebury’s Theatre Department brought “The Moors” to Wright Memorial Theatre from Dec. 1–3. Directed by Assistant Professor of Theatre Michole Biancosino, “The Moors” employed current theatre and design classes to assist in both set and costume design, in addition to the impressive work done by the professionals of the Middlebury Costume Design Shop and the Production Studio. With a small cast of only six actors, “The Moors” focused on character development and specifics of the setting in a way that would not have been possible in a larger production.

Written by Jen Silverman, “The Moors” is inspired by the life of the Brontë sisters, who famously come from the English moors. The countryscape that inspired the insanity and loneliness of Emily Brontë’s “Wuthering Heights,” in particular, clearly informed Silverman’s play. The plot of “The Moors” also directly parallels Charlotte Brontë’s “Jane Eyre,” which includes a mad woman in the attic in just the same way that Silverman’s play references Branwell, the master of the house who is exiled to the attic. “Branwell” also happens to be the first name of the only Brontë brother, perhaps an allusion to his irrelevance in the story of his sisters.

“‘The Moors’ may sometimes feel sloppy, but it’s smart. Watching it is a bit like having a conversation with an ardent and intelligent Brontë devotee,” wrote Ben Brantly in a quite fitting 2017 New York Times review of the play.

When asked about her opinion of the play and how it might resonate with a more modern audience, viewer Sophie Hiland ’22.5 was quick to defend the performance. “Maybe it was the subjects or maybe it was because I’m a big fan of the Brontë sisters, but I was thoroughly impressed by every single aspect from the lighting to the costume design and makeup to the acting,” she said.

In terms of the acting, the six performers who took the stage had many storylines to carry, and they did so gracefully. The play opened to sisters Huldy (Aidan Amster ’23.5) and Agatha (Molly Dorion ’22.5) sitting with their maid (Sophia Butler-Rahman ’25) and dog (Will Napper ’23) as they awaited the arrival of a new governess, Emilie (Catie Clark ’22.5). The play thereafter revolved around three plot lines: Emilie’s adjustment to life on the moors and the development of a romance between her and Agatha, a budding but dangerous love affair between the family’s English Mastiff and a nearby moorhen (Meili Huang ’23) and the maid Mallory’s encouragement of Huldy’s plot to murder her sister. While the written description of each of these plots may raise an eyebrow or two, they were woven together artfully by the cast, many of whom did so in corsets and hoop skirts.

With two of these three stories ending in gruesome deaths, and the third ending in something between heartbreak and tragedy, the play highlighted (often quite comedically) the craze that comes with solitude and the realities of life as a woman in the 19th century.

“We started working on this play in August when we began our dramaturgical work with a Brontë sisters book club, and from the start of our rehearsal process to now, we were able to spend time really delving into the characters and the text, which allowed us to discover the nuance that makes the play so fun. Because at least from what I gathered, while the play is somewhat haunting, it was often in the most off-putting moments that audiences enjoyed, and laughed at, the most,” reflected Amster.

Amplifying the eeriness of much of the dialogue in the play leading up to its big finish was the lighting and set design. The main parlor’s back wall raised up to reveal an impressive rendering of English moorland. The act of “taking a walk through the moors” seemed to always trigger a plot twist, and this concept was reflected in the way the set was designed and the noticeable way that lighting contributed to the storytelling effort. Lighting Designer Courtney Smith and Scene Designer Mark Evancho had their big moment during the second of two songs sung in the script, featuring an electric guitar performance by a blood-stained Huldy under a collection of colorful spotlights.

Amster reflected on her experience playing Huldy, and her semester preparing the production as a whole. “I had an incredible fall working with our director, Michole Biancoscino, and our wonderful cast and crew, and I think I can speak for all of us when I say we are so grateful for the turnout all three nights in Wright,” she said. “Theater feels particularly important to me when I can see how it tangibly brings people together, from theatre lovers to those who may not have had the opportunity to see a production at Middlebury before.”

“My BeReal went off but I was so engrossed in the plot that I had to ignore the chime,” said audience member Martine Ma ’22.5. If you weren’t convinced of this play yet, just imagine a room full of Gen-Zers ignoring a BeReal notification — it must have really been something else.

For more information about “The Moors,” visit GO/MOORSREF to view the gothic zine created by the production’s dramaturg Bri Beach ’23, which includes information about the history of Gothic literature and life on the English Moors. 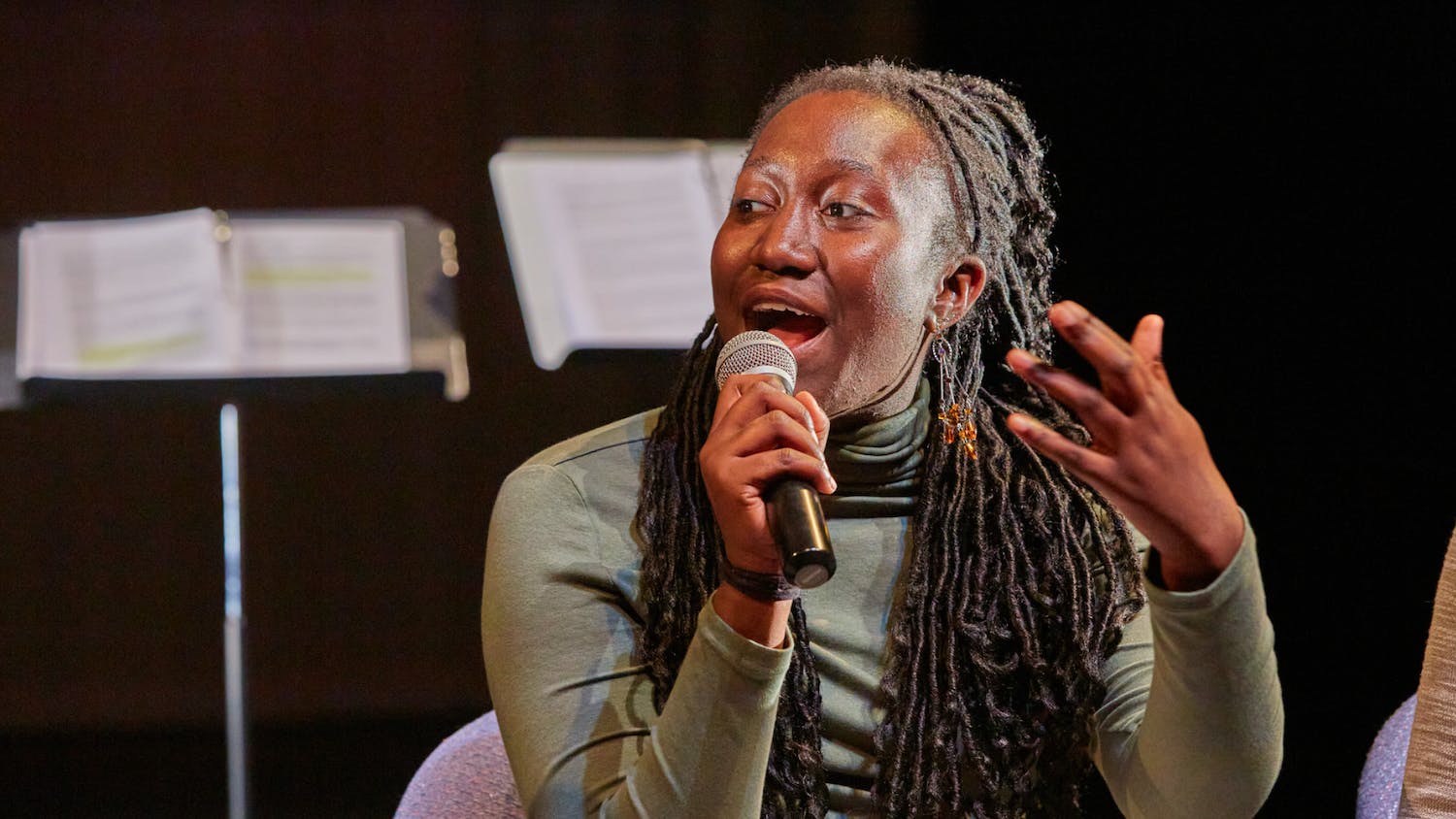 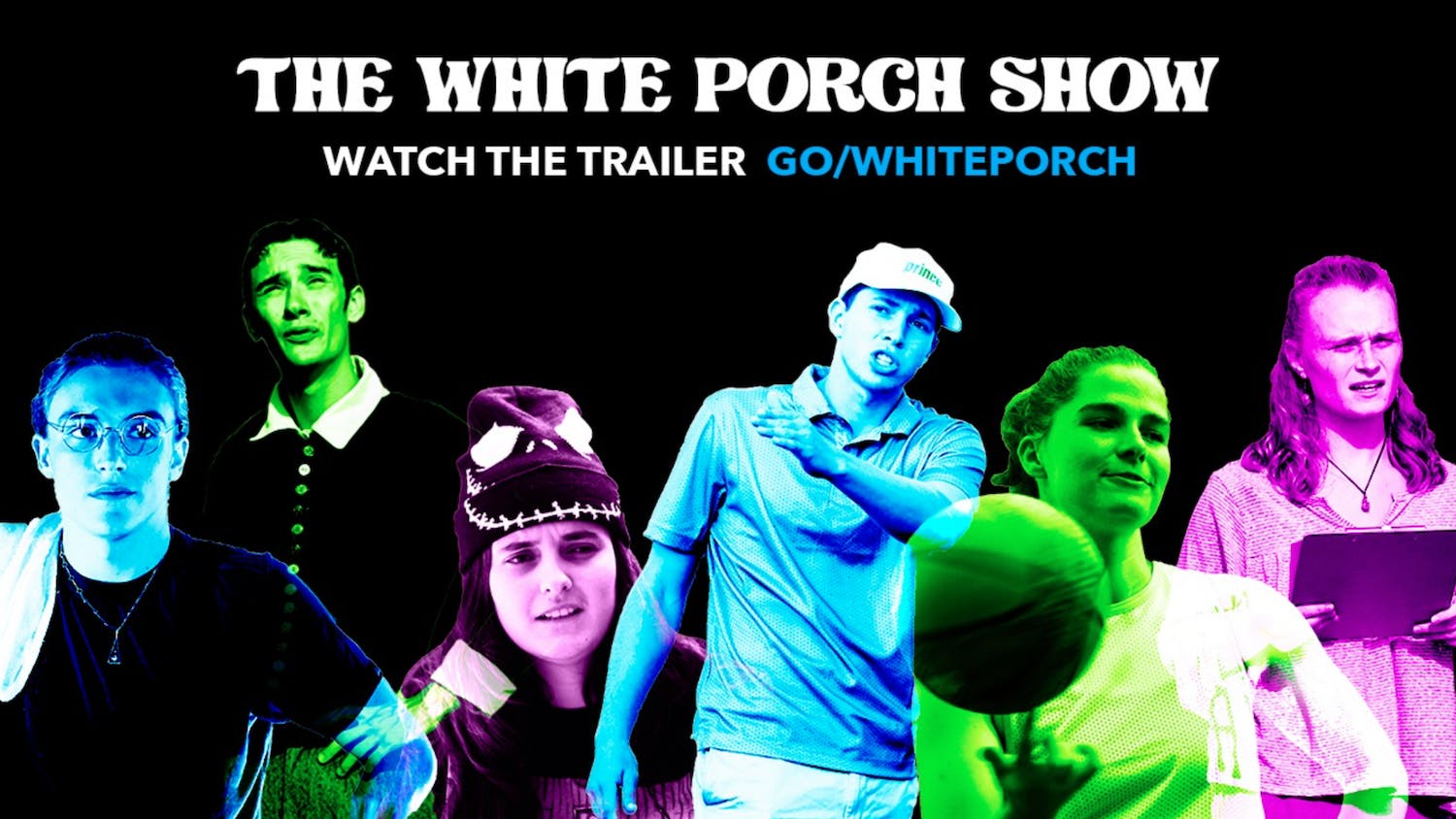