My gynecologist recommended I take one Aleve before my intrauterine device (IUD) insertion. According to friends and the internet, this advice is common practice.

And as nearly anyone with a uterus knows, one Aleve is insufficient to combat “normal” menstrual cramps much less the “normal” cramps which typically accompany an IUD insertion.

In the days before my insertion, I compulsively read first-hand accounts to naturalize an expectation of extreme pain. Like women are said to do after labor, the memory of my insertion cramps are blank except for the impression that they were the most painful minutes of my life. I was equal parts proud and surprised I didn’t cry.

The IUD is having a moment.

For women of my mother’s generation the device is synonymous with class action lawsuits, infertility, uterine perforation and death. However, in the twenty-first century, the IUD is “The Mercedes-Benz of Birth Control” and the “Queen of the Contraceptive World.” My gynecologist presented the IUD as “stick and forget it” — the smartest and sexiest option for college students. The IUD makes gains every year and is the most popular option among women’s healthcare providers.

My cramps continued for weeks, but that was expected. While many womens’ cramps resolve within days, it is considered normal to experience cramping for anywhere between three to six months after the insertion.

Over those weeks, I became familiar with the rhythms of my pain. Pain woke me up before my alarm, pain was what I tried to endure on my morning carpool before popping two Aleve, and when the Aleve finally flooded my system (usually near the end of first period), the release of pain allowed me to stand again until the end of the school day when the Aleve wore off and the cycle began anew.

It was awful, though not without a romantic character. Pain and the triumph over it seemed inextricable from the IUD’s glory. Not only is the IUD considered the most effective form of birth control, it is also a “metal-as-fuck measure” which makes a “ thriving coven of women… bonded forever.” The lionization of the procedure’s pain should not be surprising as we are taught early and often pain is essential to womanhood.

At a follow-up appointment, the gynecologist asked if I loved my IUD. I told her, my voice gone warbly with tears, I was trying to love my IUD, but it just wouldn’t love me back. I started to cry. That I sounded like I was complaining about a bad boyfriend made my humiliation worse. Seven weeks had passed since my insertion.

She wrote me a prescription for Norethindrone, the brand name for the contraceptive pill, to help with the cramps. Eventually, she promised, I would love the IUD.

The pain improved, but did not go away, and I never managed to love my IUD. The numerous doctors I saw told me the device was in place and recommended Aleve for any cramping. Unfortunately, they said, there was no way to tell if my body was reacting negatively to the device. By the second semester of my sophomore year of college, my daily Aleve pills were as natural to my morning routine as my cup of coffee. The Aleve was a preventative measure. My cramps were not always momentous, but it was impossible to predict if the manageable spidery pain in the small of my back would go away by lunch or leave me incapacitated for hours.

When I returned home for the summer after sophomore year, I developed chronic abdominal pain and breast tenderness. I could neither conclusively link nor separate the symptoms from my IUD.

The lack of conclusive evidence did not matter. At all hours I fantasized about tugging on my strings. The IUD would slide out of my body as easily as a fork from a loaf finished baking. I would finally be finished with the alien in my body. Near the end of June, two and a half years after my initial procedure, I made an appointment to get my IUD removed.

“Are you sure you want to get it taken out?” I recall the gynecologist asking, “After removal, many women realize their health issues aren’t related to their IUD, and then they’re out a reliable form of birth control as well.”

“So, do you think I shouldn’t get it taken out?” I asked.

She kept her face blank and wrote me a prescription for the contraceptive pill I could pick up the same day.

Three days later, Roe v. Wade was overturned, and I did not regret removing my IUD despite the evidence that suggested I should.

My birth control prescription gathered dust in CVS, and I ignored my text alerts to pick it up. I knew I would return to birth control eventually, but I wanted time for my body to reset and time to more thoughtfully consider my next contraceptive.

During the same summer, many of my friends were breaking up with their birth control. After requiring surgical intervention due to her IUD, one told me she was considering quitting entirely. “No pill, no IUD, no condoms. Just pull-out.” She was mostly joking, but I think I would have been less horrified if she confessed to shooting someone in broad daylight.

The severity of my judgment can be explained by the facts of my education. I matriculated from a small, liberal high school where picking your first birth control was as much a cornerstone of the teenage experience as learning to drive. For any woman privileged enough to access birth control, it seemed worse than irresponsible, it seemed downright immoral, to forgo the luxury. If yesterday’s “angel in the house” needed to cook pot roast, today’s woman is tasked with scrambling her hormones from adolescence to menopause — unless you have the copper IUD (associated with heavier, longer and more painful periods), in which case I salute your fortitude.

But I began to question why the expectation of birth control is so one-sided.

As it currently stands, access to birth control is framed as a women’s issue. In the wake of increasing abortion restrictions, the idea that men should not legislate uteruses has emerged as a rallying cry among protesters, bloggers and Instagram stories. While I can understand the slogan’s rhetorical impetus, this sentiment ultimately does more damage to the pursuit of better birth control. Setting aside the political reality that men have always and will always legislate women’s bodies, this slogan reinforces the principle that birth control is a woman’s problem and therefore, with the exception of those concerned with curtailing access, unimportant to the half of the population with greater access to the power to make birth control better.

The closest thing on the market to completely reversible male birth control is the “male condom” — more commonly referred to as “the condom.” This may seem like a small linguistic quibble, but the common-use removal of the modifying adjective reflects how we shift the responsibility of birth control almost completely onto the uterus’ shoulders.

If condoms were once the expectation, they are no longer. The high prevalence, among certain demographics, of effective female birth control seems to have given men greater license to express their frustrations with condoms. Condoms are said to be uncomfortable and a barrier to sexual and emotional intimacy. Not only has birth control become a woman’s prerogative, it has also become unmasculine.

However, I am not a moralist, physician or educator, and my gripe is with the undue balance and not with condomless sex.

The 20th century presents people with uteri with an unprecedented buffet of birth control. Yet, like with buffets there are no perfect, or sometimes even appealing, options. Choosing birth control means choosing between tolerable costs and continually evaluating whether those costs remain tolerable.

At the end of this July, I started the pill. I tried to mitigate the risks by asking my doctor for a low hormone pill, but I knew I was rolling the dice just the same. She described the pill as typically well tolerated.

Contraceptive pills are associated with an increased risk of breast cancer.

Some of the listed potential side effects of my current birth control are potential nausea, headaches, bloating, breast tenderness, decrease in sex drive, swelling of the ankles/feet due to fluid retention, an inability to know with certainty if my emotions are chemically produced, blood clots in the legs, mood changes, difficulty wearing contact lenses, etc.

Sarah Miller is an Opinions Editor for The Campus and a member of the class of 2024. 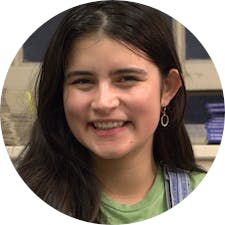 Sarah Miller is an opinions editor. She is a junior and an English major on the Creative Writing track. Outside of the campus, she interns for the New England Review and hosts a WRMC radio show. In her free time she likes to giggle, gab, and read everything under the sun. 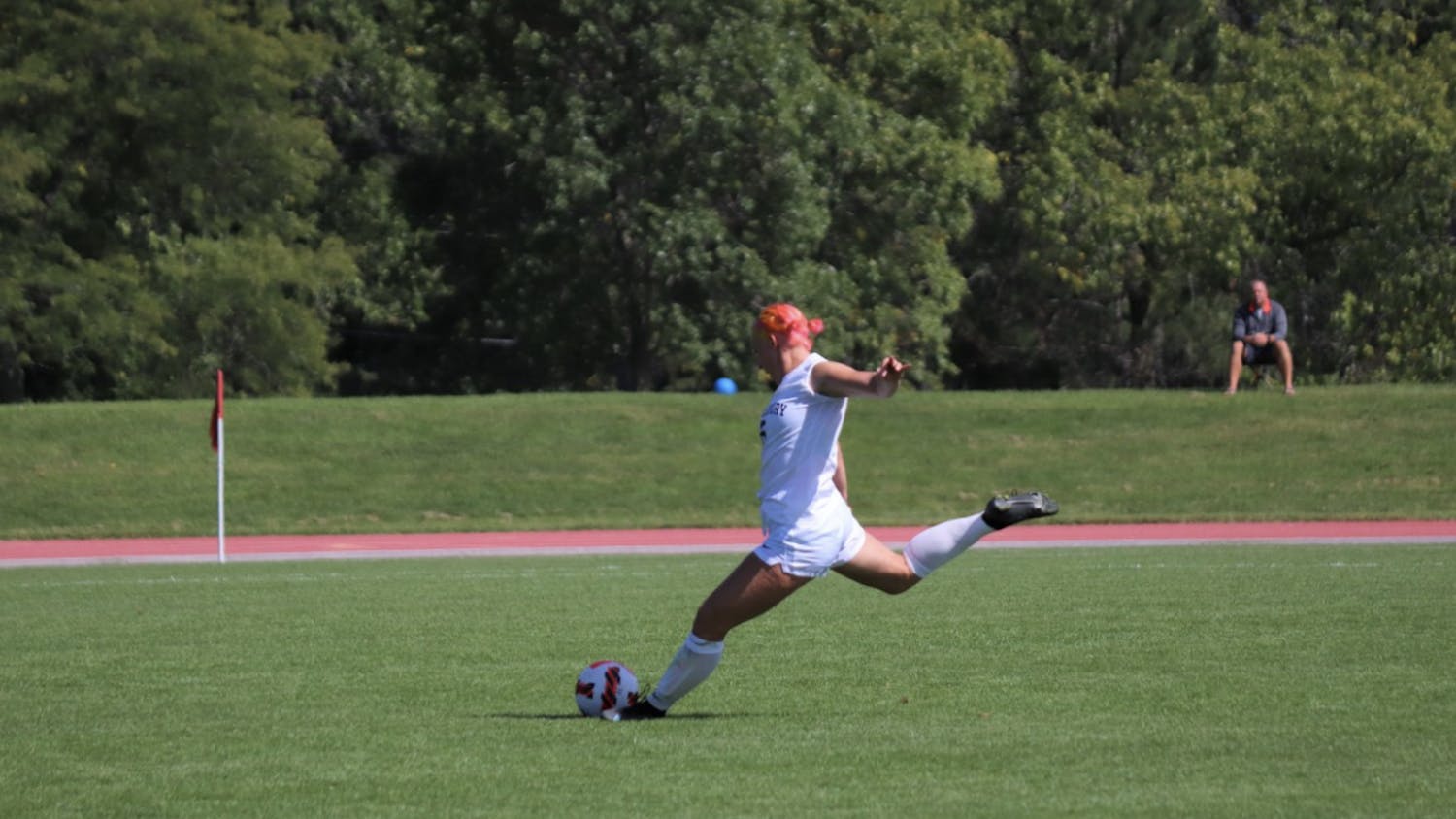 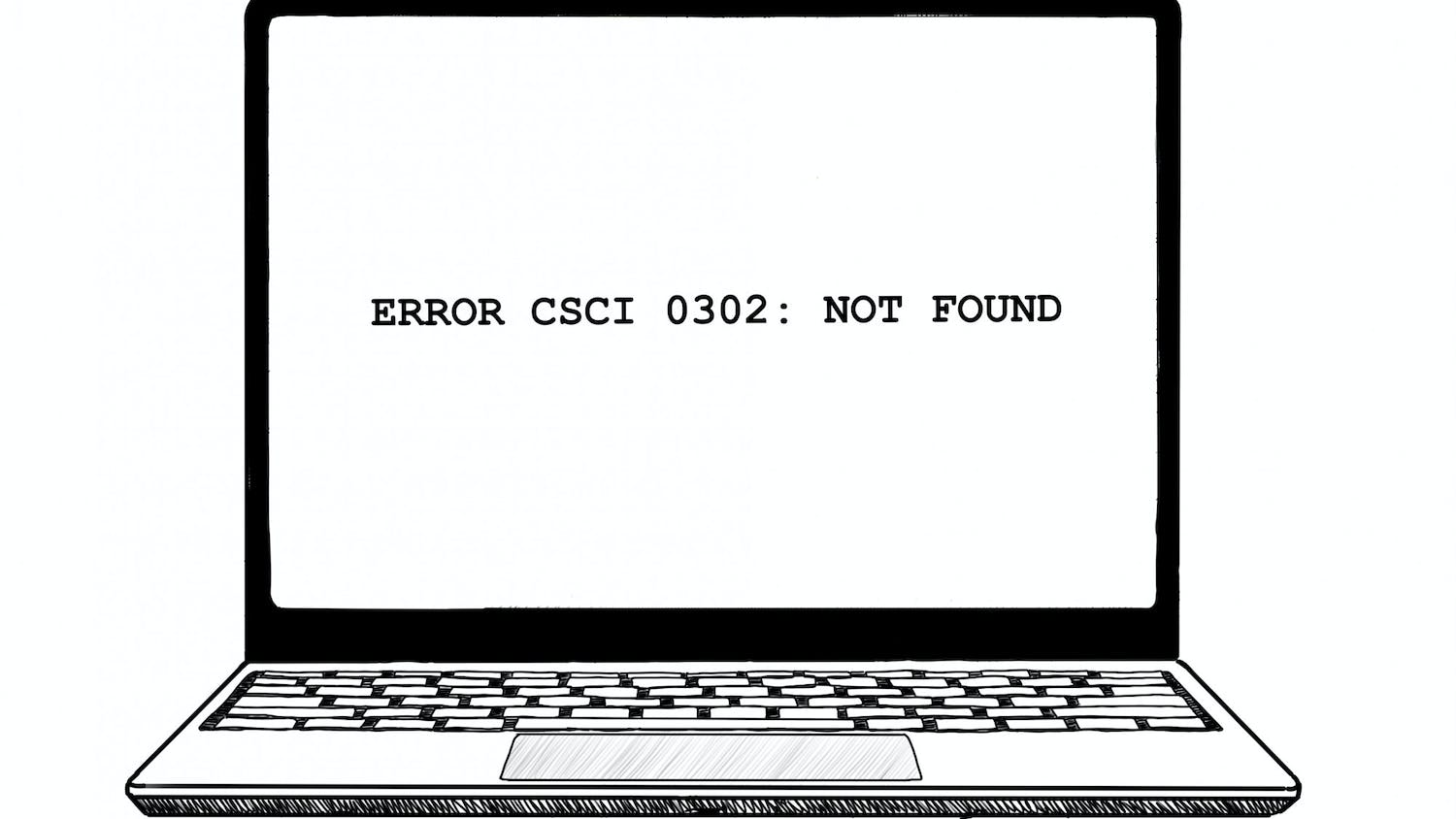