It’s not just about wages — respect is the bare minimum, too

This summer, Middlebury implemented a new compensation system for staff that seeks to promote “ownership and impact” for employees. The plan centers on a “skill matrix” which places staff in one of four categories — ‘learning,’ ‘growing,’ ‘thriving’ and ‘leading’— which then is used to determine their pay grade.

However, their placement is highly subjective. Employees are placed in one of four categories by their immediate supervisor, who they may not have a relationship with, and who may not be familiar with their day to day roles.

As noted in our news article that covered the plan’s mixed reviews in September, these decisions have left some long-term employees of the college feeling disrespected and overlooked. Time spent working at the college is not a factor that plays into the matrix categorization and therefore does not factor into hourly pay. As a result, staff who have worked here for decades can be paid less than new hires.

“It is like a slap in the face to myself and other long-term employees” said one employee who wished to remain anonymous out of fear of retribution. “It’s almost like they’re pitting us against each other.”

Though the minimum wage band has been increased to $17 an hour, many staff believe the college’s plan is still missing the mark. “It’s more of a respect thing of being left in the dust while these other people are getting sent straight ahead for almost nothing,” said another anonymous employee. “I’m still stuck at minimum [wage] even though I’ve been here twice as long.”

This notion of respect is ultimately what the problem boils down to. Employees who have worked at the college for years must be incentivized to stay here. This is especially critical considering how the pandemic took a toll on staff members who worked through it. During 2021 and the fall of 2020, custodial staff had to clean buildings early in the morning while students were still asleep. Due to severe understaffing, they were often taking on multiple roles at once. There was widespread understaffing, which led the college to implement an end of year bonus in hopes of motivating employees to stay.

But now, this new plan discourages long-term employees from continuing to work here. If their pay is not a reflection of years of hard work but rather a result of subjective “supervision” —  some employees say they have never been supervised — how can they expect any career satisfaction or mobility? In addition, it has become apparent to us over years of reporting on staff issues that many employees actively distrust or even have bad relationships with their supervisors. Yet these are the individuals who have the oversight to differentiate between the arbitrary labels of what constitutes ‘learning,’ ‘growing,’ ‘thriving’ or ‘leading.’

Another frustration some staff have with the new matrix is that they were never made aware of what the expectations were. Custodial staff member Cindie Webb, who has been working at the college for 11 years, said that she did not know her job was supposed to include submitting work orders and running carpet machines, since this had never been communicated to her.

In addition, she was never given the chance to discuss the skills she does possess. “We didn’t have a chance to speak for ourselves at all,” she told our reporter. “And there is absolutely no appeal process.”

In the previous compensation system, Middlebury compared some staff wages to the local market in Addison County. Now, they only compare to other higher educational institutions. However, these “peer” institutions, such as Roger Williams University or Suffolk University, have considerably higher student body enrollment, lower tuition and lower endowments. Therefore, these schools are not good benchmarks for paying Middlebury staff, as this model does not take into account what constitutes a living wage in Vermont.

As AAUP President Laurie Essig told The Campus over email, “Middlebury should not spend money hiring a consulting firm to tell them how much to pay its employees, but rather assess the real costs of living in Addison County as well as the reality that people do not expect to make less over the course of a career.”

As the county’s largest employer, Middlebury must be a leader — meaning it must treat its employees with consistent respect and gratitude. Long-term employees of the college provide a sense of institutional memory and community continuity compared to students who are only here for four years. One editor noted how the custodian for her house would talk to students living there about raising her kids in Middlebury over the years. It is overly clear that a system that does not value long-term employees also discredits our community as a whole.

Ultimately, Middlebury needs to demonstrate to staff that they are not disposable by adequately compensating, at least partially based on how many years they have been here. But the reality right now is far from that, as many staff feel like they are mere numbers in a larger machine. “As long as you’re a body in the building half the time I don’t think they really care,” Webb said. 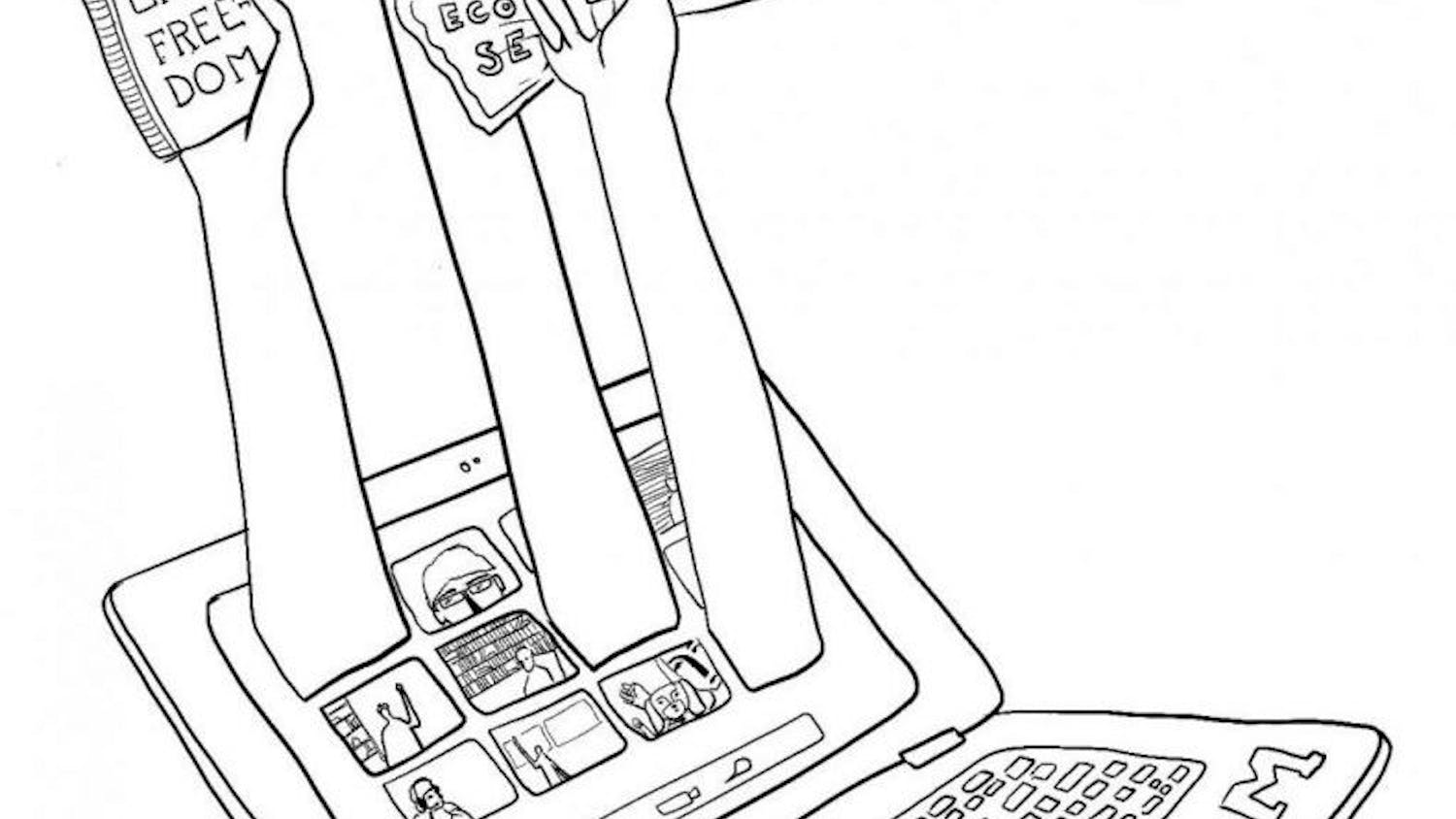