A bronze statue celebrating a sport that supposedly began at Middlebury was reinstalled this past week outside of Forest Hall.

“Frisbee Dog” by Patrick Villiers Farrow was located outside of Munroe Hall from 1983, when Middlebury acquired the sculpture, until 2019. In mid-2019, the statue had to be removed from its position facing McCullough lawn to make way for construction on Munroe.

Once the statue was removed from its original location, the Committee on Art in Public Places (CAPP) had to decide where it would be relocated. According to Richard Saunders, director of the College Museum of Art and professor of History of Art & Architecture, the question became what location would connect the statue more visibly to the sport of ultimate frisbee.

According to Thatcher Littlefield, the museum preparator, the process of preparing the statue to be reinstalled included reconfiguring the mount into one that can be easily reversed. Littlefield was in charge of cutting the statue out of the concrete by Munroe, working with Nops Metalworks to get a new mounting system, and ultimately putting the piece back in the ground.

The statue did not require any clean up in the time between its removal from Munroe and its reinstallment, Littlefield told The Campus. All of the bronze pieces on campus are waxed periodically, but otherwise their maintenance is limited.

Littlefield said he and the CAPP were hoping to install the statue in the fall of 2021, but Covid-related delays caused them to miss the window before the ground froze for the winter.

Donated to the college as a gift from Gary Merrill in 1989, “Frisbee Dog” commemorates the evolution of frisbee from an ancient sport into the game it is today. Five Middlebury alumni claim to have thrown the first frisbee – a discarded pie tin from Frisbie Pie Company – while changing a flat tire in the fall of 1939, according to the College Museum of Art website.

However, Yale Law School students and Princeton University students also claim to have been the first ones to throw the disc.

When the statue came to Middlebury in 1989, a committee on public art did not yet exist. CAPP was established in 1994.

“It came out of a wish to formalize and be consistent in how we dealt with public art acquisitions,” said Saunders, who was involved in the founding of the CAPP.

In the winter of 1983, a sculpture named “Way Station,” by Vito Acconci appeared on a pathway by the Freeman International Center with no prior announcement. This precipitated the battle over public art on campus that eventually led to the creation of the CAPP, Saunders said. Right before commencement, in the spring of 1985, a group of students poured a flammable liquid over the statue, setting it on fire, in an effort to remove it from public view. According to Saunders, it took 30 years for the museum staff to clean and recover the sculpture, but it was ultimately reinstalled by the pond outside of the Mahaney Arts Center.

These events led to a realization among the Middlebury community that the administration could not simply put art out on campus without an explanation, Saunders said. “You need to have a public discussion of things,” he added.

The twenty-person committee is made up of students, staff, faculty, and advancement staff.

Under the 1% for art policy, each time a capital project happens, such as the renovation of Munroe, the CAPP receives 1% of the money spent on that project to purchase works of art. The committee then oversees the use of this 1% fund, which has been spent on works such as “Smog” outside of McCardell Bicentennial Hall.

A number of other public art works have been gifts, like “Frisbee Dog, “LOVE” outside of the Mahaney Arts Center, and “The Middlebury Panther” by Youngman Field and the Alumni Stadium. The committee also supervised the installment of the murals “L’Art d'Écrire (The Art of Writing) in Davis Family Library, and “Mural of Cosmic Geometry” on the wall of Wright Memorial Theater.

“It extends art beyond the museum and gives it a campus presence,” Saunders said.

Both Saunders and Littlefield concurred that the statue’s new location well represents the college’s connection to frisbee, and a place on campus where frisbee is frequently played. “I think it fits nicely here and it relates well to the ultimate frisbee team,” Littlefield said. 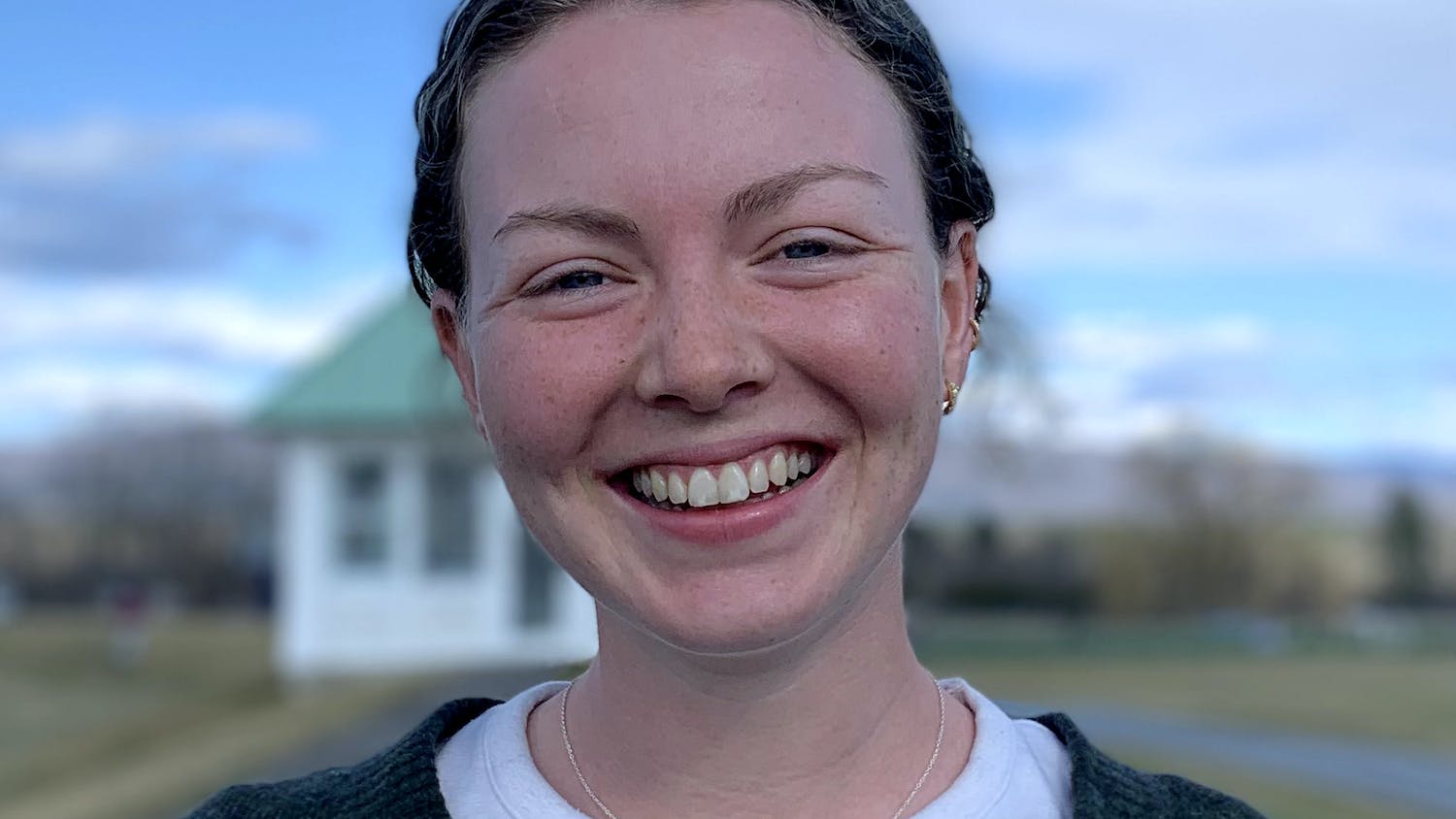