The Marquis Theater and Cafe in Middlebury exudes a small-town theater feel and has brought locals, college students and visiting tourists a wide array of movies, delicious food and a unique and pleasant atmosphere over the years.

A theater has stood at the location of 65 Main St. for about 100 years, and was converted to a movie theater around the 1950s. “So it’s basically been a movie theater here for roughly 75 years,” Ben Wells, owner of the Marquis, said. Wells, who has an extensive background in restaurants, bought the theater in 2014. Previously a stay-at-home dad and a rugby coach at Middlebury College, Wells felt he had done everything there was to do in the restaurant industry, and, as his children grew older, he believed the next step was working full-time at his own place. With a love for Mexican food and movies, he jumped at the opportunity to buy the Marquis.

“Not sure I thought it all the way through,” Wells laughed.

The name of the movie theater changed from The Campus Theater to The Marquis around the ’90s, and it has grown from one screen to two screens to three screens. When Wells bought the theater, he renovated one theater to put in a bar and a cafe space, useful for trivia nights and parties.

The theater now has just two screens, each showing a different movie that transitions every week or two. Wells and Justin Arseneau, general manager of the Marquis, work with studios in Hollywood to decide which movies to show. These studios dictate that the Marquis have clean screen contracts, meaning Wells and Arseneau are only allowed to show one movie on a screen for its entire runtime. Premier weekends are often the busiest weekends, and most movies run for two weeks. In the midst of the pandemic, Spiderman: No Way Home ran for an unusually long six- or seven-week term. Wells mentioned that the pandemic constrained the amount of content being released, but Spiderman also proved a very popular movie for customers. “So we just kept it going,” Wells said.

In addition to movie screenings, the theater contains a Mexican restaurant that has been established for the better part of a decade, a facet of the business which the staff feel makes the theater especially eccentric.

“Unique? It’s a restaurant inside of a movie theater,” Thomas Ahern, chef and manager at the Marquis, laughed.

It’s not just the presence of a restaurant that makes the Marquis so distinct from others. Ahern emphasized the tight-knit staff relationships that have paved the way for flexibility from all members of the staff in making sure they have a say in the operations of the cinema. “There is a chain of command if you want to take it like that, but I have complete creative control over anything in the kitchen,” Ahern said. Trust and confidence in the team is a product of Wells’ initial goal for the theater. “We have an amazing staff of people who enjoy, I hope, cross-training and doing different stuff,” he said.

In addition to the restaurant, the theater also hosts a number of events in the cafe. Most notably of these is Thursday Trivia, an exceptionally popular event for locals and college students alike. Wells mentioned that the theater is also trying to bring back its once-prevalent comedy shows as additional events.

The theater also hosts community benefit events, which they have titled “Wednesday one-offs.” Aresenau and Wells have worked with groups such as Showing Up for Racial Justice (SURJ) as well as Homeward Bound — the local animal shelter — and the Middlebury Community Music Center. Wells explained that the theater tries to pair a relevant film with a charitable organization and donate the theater space and admissions profits to that organization. The theater recently showed a film called “The Guide” while working with an organization called Stand With Ukraine, a nonprofit dedicated to helping Ukrainians amidst the violence against them. “The producers waive all distribution licensing fees and … all theaters across the country are jumping on it,” Wells said. A donation jar was set up for customers to give money to the organization before or after they watch the film.

Finally, the theater offers private rentals for birthday parties and other gatherings. With the use of digital projectors, families can rent out the space and show movies for young kids when the movies currently offered may not suit children. Wells mentioned that the theater saw a huge increase in private rentals with the pandemic, as families or close friends would often rent out the entire theater, at an affordable price, to still enjoy the theater experience without having to worry about being around a large group of people in a public space.

Running a theater in a small town allows for a community that would be nearly impossible to replicate in a city. “I’ve always viewed this place as not just a movie theater but a community center,” Wells said. He hopes the theater is a space for locals to come and see others while sharing the common space. However, a small town theater comes with its challenges. Lack of population density is often the biggest obstacle for small businesses like the Marquis. But Wells added, “it’s part of why those of us who choose to live here do so.” And the small town theater certainly has a community feel to it. Trivia nights allow locals to come together and catch up, and college students to enjoy a night in town. There is certainly an appreciation by the staff of customer relationships.

“What I like about the job is definitely the people,” Matthew Krause, a concessionist, projectionist and occasional bartender at the Marquis, said. Working at the theater since 2019, he has formed relationships with several customers who come in regularly. “They are always very nice and we have rapport with them,” he said. Another aspect of the theater that the staff highlighted was its “homey” feel, which is certainly heightened by the sofas and couches at the front of the downstairs theater. Ahern added, “if it’s not too busy, I come out and start talking to people at the bar or at the cafe and see how they're doing.”

The theater, beloved by Middlebury residents, has not run without any challenges. These hardships were heightened with the onset of Covid-19. The theater was fully closed for a year, and the staff had to continuously keep up with the ever-changing landscape of the pandemic. “Reinventing the wheel is the best term I can think of because there were so many different obstacles and factors that we just never had to deal with before,” Arseneau said. Wells explained that the theater consistently kept up to date on the CDC and the Vermont Department of Health’s guidelines, though the lack of clear guidance proved difficult. “Businesses were often left alone to make the decisions,” Wells said, regarding what was permissible and non-permissible to do in the theater. The Marquis opened in phases, with mask usage for the community and events generally following the flow of the pandemic. Once private rentals were offered, the theater then opened up its restaurant for takeout, and finally started showing movies again. The theater reopened movies to the community on Memorial Day weekend of 2021, less than a year ago.

While the pandemic was challenging for the Marquis, federal stimulus money allowed for a number of improvements. Wells and Arseneau were able to install a new laser projector in the cafe as well as new seating in the upstairs theater, new lighting and a brand new roof. The Marquis also switched to natural gas and installed a new furnace, new carpeting and updated bathroom fixtures. With these constant changes in the past year, Wells and Arseneau are ready for a more steady business rhythm looking to the future.

“2021 felt like the ground was always shifting under our feet,” Wells said. As the only theater in the county, he hopes that the Marquis can serve as a space for the local and surrounding community, and the theater gives Vermonters in neighboring towns a reason to make the trip to Middlebury. Arseneau added that local customers still come in weekly who haven’t come to the theater for nearly a decade and aren’t even aware of the restaurant, which has been there for years. He laughed, “We’re just like, ‘I don’t know how, but okay!’” 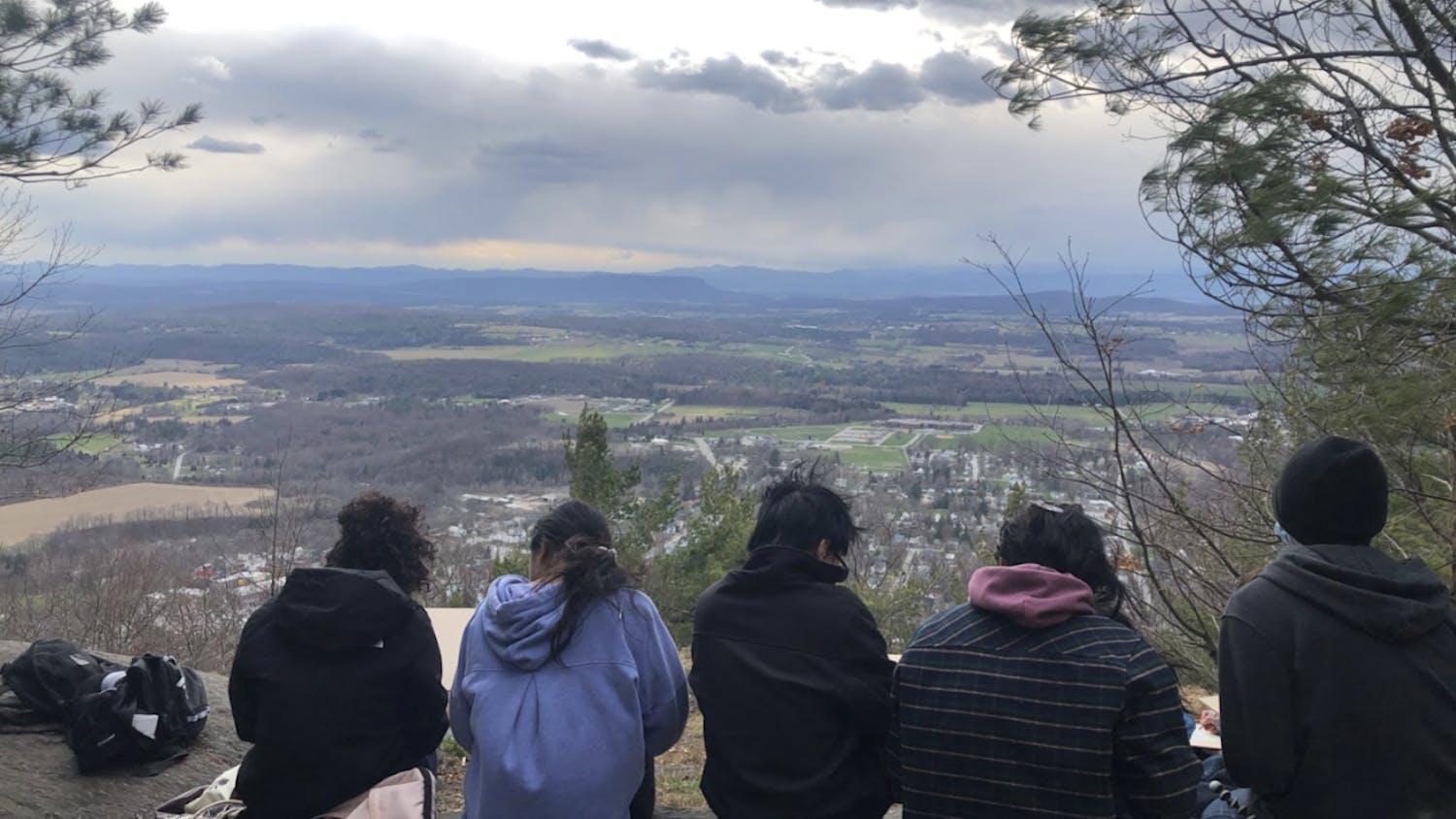 A guide to hiking Vermont in mud season