It would be hard to find two students on campus who love entrepreneurship as much as Sam Segal ’23 and Brett Perlmutter ’24. Both students have started businesses at Middlebury and the two helped found MiddVentures, a club that fosters student entrepreneurship.

And what do you get when you put two entrepreneurs in the Segale room? Ideas. Lots and lots of ideas.

“We would have meals where we would sit down at 6:30 [p.m.] and rapid fire ideas at each other for two-and-a-half hours,” Perlmutter told The Campus. “Our friendship blossomed because of this shared love and passion.”

During one dinner in December, the two landed on perhaps their most exciting idea yet. Both were interested in the venture capital (VC) industry, and after a call Perlmutter had with a Middlebury alumnus, a lightbulb turned on.

“I had a call with an alumnus in venture capital and he said that, in order to break into the space, he used to source companies and send them to different VC firms,” Perlmutter explained. “But why limit it to VCs? If [Segal and I] are going to do that to break into the industry, why don’t we just send it out to everyone?”

Motivated by their affinity for startups, and an eagerness to alert others about what up-and-coming companies they had found, the two decided that they would write weekly profiles on startups. Enter Bulletpitch, a bulleted newsletter — think Sparknotes — that offers a thorough, yet digestible, analysis of one startup every Tuesday morning.

One roadblock: In just a few weeks, Segal would head off to Copenhagen, his study abroad destination for the spring semester. And next fall, Perlmutter is headed to Israel to study abroad.

“It could not be worse timing,” Perlmutter laughed. “We’re operating in different time zones and completely virtually. But I think we’ve done a good job at squashing that and getting into a routine.”

On January 11, with a few thousand miles separating Segal and Perlmutter, the two friends released their first Bulletpitch newsletter. In the span of a few weeks, concept turned to product. The first Bulletpitch edition spotlighted Levels Health, a company that helps individuals track their metabolic health.

In the newsletter, Perlmutter and Segal covered all the basics of the startup — including its industry, year founded, company size and investors — along with their own take on its competitive advantages and risks. They also provided company comparisons and linked the founders’ profiles.

While other newsletters like ZFoundr and The Daily Dropout also spotlight startups, Bulletpitch isn’t limited to Gen Z startups. The newsletter also hones in on one startup, instead of dozens, each week. Since their first newsletter release, Bulletpitch has accumulated hundreds of subscribers. A few notable VC firms have subscribed, such as Y Combinator, Battery and Antler.

The newsletter’s crowning achievement, though, is its open rate, which measures what percent of subscribers actually open the newsletter as opposed to immediately deleting it. The standard newsletter rate is about 20%, while Bulletpitch’s figure is 50–60% on average. If anything, it’s a testament to the loyal supporter base the newsletter has already accrued.

To date, Bulletpitch has spotlighted 12 startups, from BeReal, a social media platform, to Finless Foods, an alternative seafood company. Of the companies they’ve covered, 25% have raised more capital; others have added users, downloads, clients and revenue. The numbers don’t lie: Bulletpitch has a strong track record for sourcing growing companies.

“The most rewarding aspect is getting to connect with the founders of the companies we write about,” Segal said. “We had a really cool conversation with the founder of Camber, who thought what we were doing was super cool and had great things to say about Bulletpitch. And through that, we learned so much more about her company.”

On Tuesday, April 5, Bulletpitch emailed its quarterly update. The past few months have gone by quickly.

Over this period, Segal and Perlmutter say they’ve become more fluid in the writing process and have added other talking points in the newsletter — for instance, they now include the location and stage of the company.

As Segal and Perlmutter look ahead, one focus will be on marketing. So far, Bulletpitch has primarily relied on word-of-mouth, but increased social media presence and other marketing efforts are on the horizon.

One initiative that Bulletpitch plans to roll out is their Gen Z ambassador program, which Segal and Perlmutter announced in their quarterly update. Ambassadors would source college startups for Bulletpitch in return for perks, such as exclusive access to talks with founders and name recognition on the newsletters.

“These VCs all want to know what the next big trend is,” Perlmutter said. “There’s something to be said about this perspective on the startup world, and Segal and I are leaning into that with Bulletpitch.”

“Time is ticking. We’re only college-aged students for so long,” Segal added. “VCs really do value that college, Gen Z perspective and we want to make sure we act on it when it’s still relevant.”

The team may also look to involve other people down the line.

Segal and Perlmutter currently work 10–15 hours each on Bulletpitch a week, no easy feat given the litany of other commitments they juggle. At Middlebury, Segal studies architecture and economics, while Perlmutter is majoring in psychology. But despite their busy schedules, their perspective remains positive.

“We’re having so much fun with this,” Perlmutter said. “That’s been the biggest plus for me.”

This summer, Segal and Perlmutter both have internships in New York City, but in their free time, they will continue developing Bulletpitch.

“We’re really excited that this could go in so many different directions,” Perlmutter said. “Frankly, we don’t know what this is quite yet. We know we have something, but there are so many different ways this could hash out. All we can keep doing is having fun with writing the newsletters and continuing to expand our audience.” 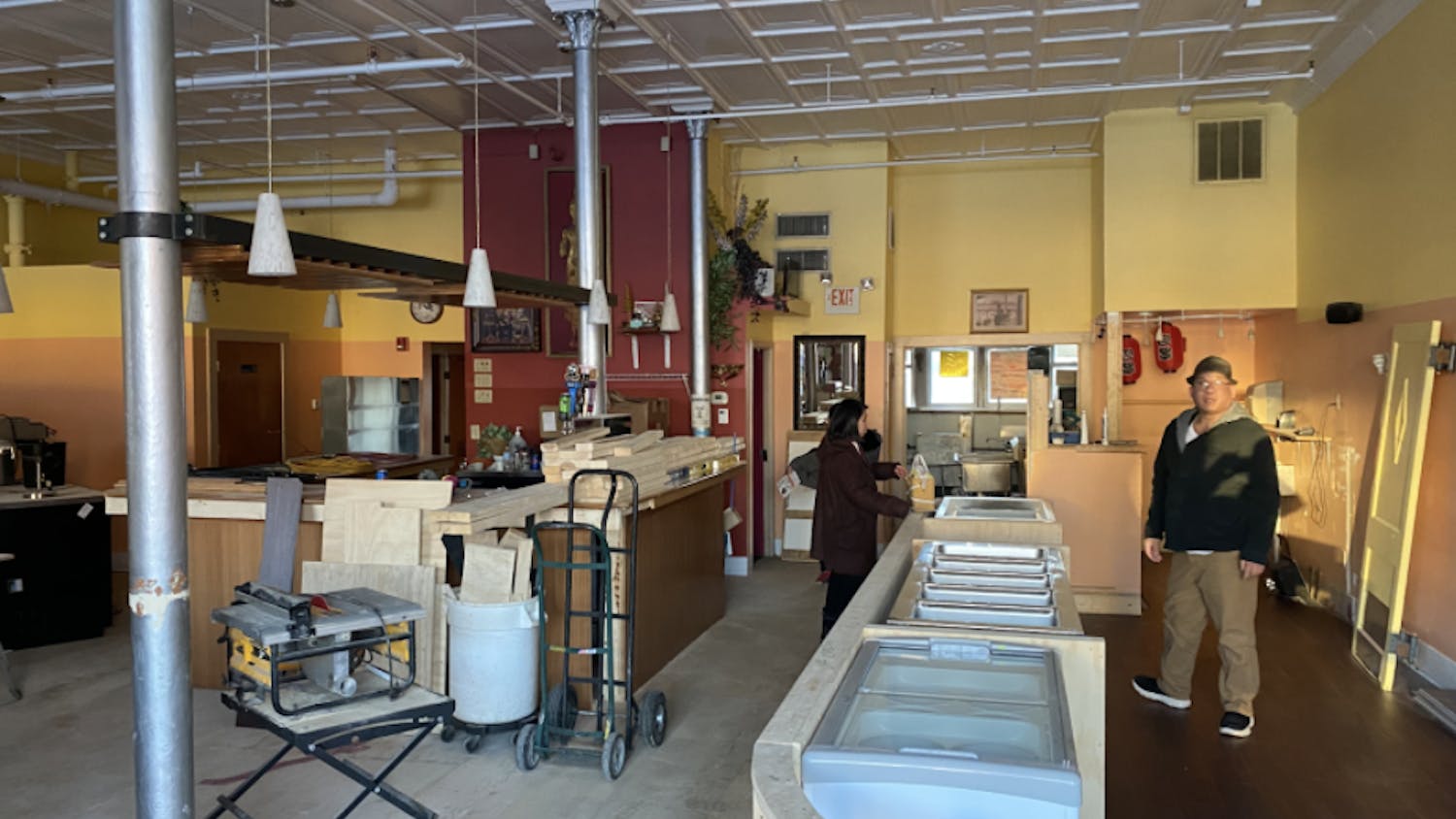