After a year-long hiatus due to Covid-19, ski racers, students and spectators once again took to the slopes at the Middlebury Carnival. The races were one event in the larger 99th Annual Winter Carnival, which consisted of on-campus events such as a bonfire, fireworks, trivia and several activities like mini golf and laser tag. Olivia Dixon ’24, looks back on her Winter Carnival weekend fondly, “It was really fun so I feel like now I’m looking forward to doing it again … It was lowkey and fun and very memorable”. While she did not attend the ski races, she notes how she heard fantastic reviews of the experience. “Just one big party and wearing fun bright clothes”, she describes.

A family of skiers prepares for a Saturday at the Snowbowl while the Middlebury Carnival is in full swing.

While several traditions have come and gone throughout the Winter Carnival’s 99 years, others have become integral parts of the experience. The Winter Ball traditionally takes place in the Athletic Center. Another student, Anne Lofgren ‘23 recalls her experience with a pre-Covid Winter Carnival, “[We] went to the Winter Formal which was fun, and it was also really cold because we were all in our fancy dresses and they would bus us to the field house”. Events such as these have remained a trademark of Middlebury’s Winter Carnival for years.

Past traditions also include a dance, called the “Klondike Rush”, as well as snow sculpting, an ice skating show, and a play.

Students gather in formal attire at the Carnival Ball in 1940. (Courtesy of Middlebury Special Collections)

Snow sculptors at the Winter Carnival in 1971 create a Pepsi bottle out of snow. (Courtesy of Middlebury Special Collections)

Some traditions, like the Nordic and Alpine ski races, have stood the test of time since the very first years of the Carnival.

While the Winter Carnival has evolved throughout the years, ski racing has remained an integral part of the experience. On the left, a racer skis down the slopes in 1969’s Middlebury Carnival (Courtesy of Middlebury Special Collections), while 2022 racers ski down on the right.

Lofgren notes, “I feel like a lot of it is just centered around the party-drinking scene and the ski races and then that winter formal with DJ Earworm”. She mentions, as the Winter Carnival approached, how she did not have high expectations. However, she happily recalled the tradition of colorful and flashy outfits on the slopes. “Everyone wears their bright colors and climbs up to watch and then attempts to climb down and ends up sliding down”. Lofgren laughs. This year was no different, with students wearing neon leggings, 80’s ski suits, and reflective jackets.

Middlebury students dressed in vibrant colors and sparkly accessories to cheer on the racers.

While the ski races have long been popular events that drew many Middlebury students, it seems the absence of the Winter Formal popularized the event even more. Toby Weed ‘22, co-president of the Middlebury Ski Patrol, notes, “[This year] honestly kind of felt like more people. I don’t know if that’s the function of being at the base area rather than up there”.

The Middlebury Ski Patrol, made up entirely of Middlebury students, took to the slopes, as well as Rikert, from Friday to Sunday. Their job consisted of looking out for injuries with the racers and skiers on the rest of the terrain, while also operating as crowd control for the viewers. Chelsea Smith ‘23.5, Patrol rookie class of 2021, says, “we have the same responsibilities but to a much higher extent”. Smith patrolled her first Middlebury Carnival this year, and she notes how the energy among the patrollers was high as the Carnival approached, given the large amount of training. “There’s a lot of us and we are all excited and ready to be there”. The patrollers were able to watch the races while they also looked for injuries. While every patroller works every weekend, the weekend of Winter Carnival is particularly exciting, in that they are joined by so many more Middlebury students.

The Carnival seemed to bring back an energy that the student population had been missing for over a year. Chelsea Smith recalls her first Winter Carnival, when she hadn’t yet joined ski patrol. “There was probably at least a third of the school on the sides of the trail, if not more, at any given moment,” she said. With the trails adjacent to the racecourse closed to the public to walk on due to icy conditions, students and spectators watched from the base of the mountain and gathered on the balcony of the lodge.

Students gather on the balcony and at the base of the slopes to watch the racers.

While students enjoyed the lively atmosphere at the base of the mountain, Weed notes that the event may have gotten out of hand at some points. He explains, “the impression among the staff has been that it’s been getting more debaucherous … so I don’t think everyone was stoked on that”. He does, however, note how the weekend went smoothly apart from a few crowd incidents, and the Carnival’s atmosphere was largely enjoyable for him as well as many other members of Ski Patrol.

Members of the ski team note the excitement that precedes the Middlebury Carnival. Sophia Yubero ‘23 mentions, “It’s so special, you have all your friends up there cheering so loud, and as you go by the Roost, you can just hear them yelling and it’s one of the best feelings.”

The Alpine team came into the weekend with momentum from their previous carnivals. The team won the Giant Slalom (GS) at Colby Carnival, held at Sugarloaf in Maine, with Yubero placing seventh in the race. They then won the GS again the following weekend, and the women’s team placed second in the slalom. The ski team’s main competitors are the University of Vermont and Dartmouth, and the winners of any given Carnival are a consistent toss up of the three. “When everything comes together, it works really well, but it’s hard for every single piece to be firing on any given day”, Yubero says. The entire team, Nordic and Alpine, ended up placing second overall to UVM at the Middlebury Carnival, with Dartmouth in third. Yubero’s season momentum served her well, as she placed sixth with her teammate, Lucia Bailey, in fifth.

Anja Jenson ‘24, a member of the Nordic team, reflected on her weekend at the races. “Personally, I had some of my best results of the year this weekend, which was super nice”. The team raced a 5k and 10k classic interval start on Friday, and a 10k and 20k skate mass start on Saturday.

The Women’s Nordic team maintains their position in the field on Saturday in the 10k skate mass start.

When the Nordic team finished racing, they headed to the Snowbowl to cheer on their teammates on the Alpine team. Jenson mentions, “normally we’re not able to watch them race because the different venues are far enough apart that we can’t make it. So that was really fun to go up there and see what they were doing”. The two teams competed in one last carnival this past weekend, and qualifiers are headed to NCAA Ski Championships in Park City, Utah the weekend of March 9th.

Many students, Middlebury faculty, and families showed up at Rikert on Friday and Saturday to cheer on the racers as they passed by, and some even took advantage of the terrain to get their own Nordic skiing in.

Recreational Nordic skiers take advantage of the atmosphere as onlookers watch the races.

This year’s Winter Carnival allowed Middlebury students to experience an atmosphere that most may not have encountered before, and the rest have perhaps forgotten. While traditional large gatherings like the Winter Ball were still absent from this year’s program, the Middlebury Carnival ski races allowed students to come together in an embrace of school spirit, community, and excitement. The Middlebury community seems to share a hopeful attitude in looking towards the future, a necessary frame of mind for the present. In looking towards next year’s Winter Carnival, Dixon explains, “I feel like I’ll feel more inclined to actually go to the Snowbowl and the ski races and stuff because it’ll be my senior year … I’m looking forward to [having Winter Carnival] again!”.

Students and locals continue to take advantage of the Snowbowl and Rikert as the season winds down from its peak. While Middlebury’s Spring Semester is now in full swing, the Winter Carnival served to build a sense of community, as well as momentum, to push through the start of the semester as well as the coldest months. As Middlebury looks upon its 100th Winter Carnival, this momentum will seemingly grow, and at the very least provide an optimistic outlook for the future.

Snowbowl employees chat as one of the numerous extra buses arrives to take students back to Campus after a day watching the races. 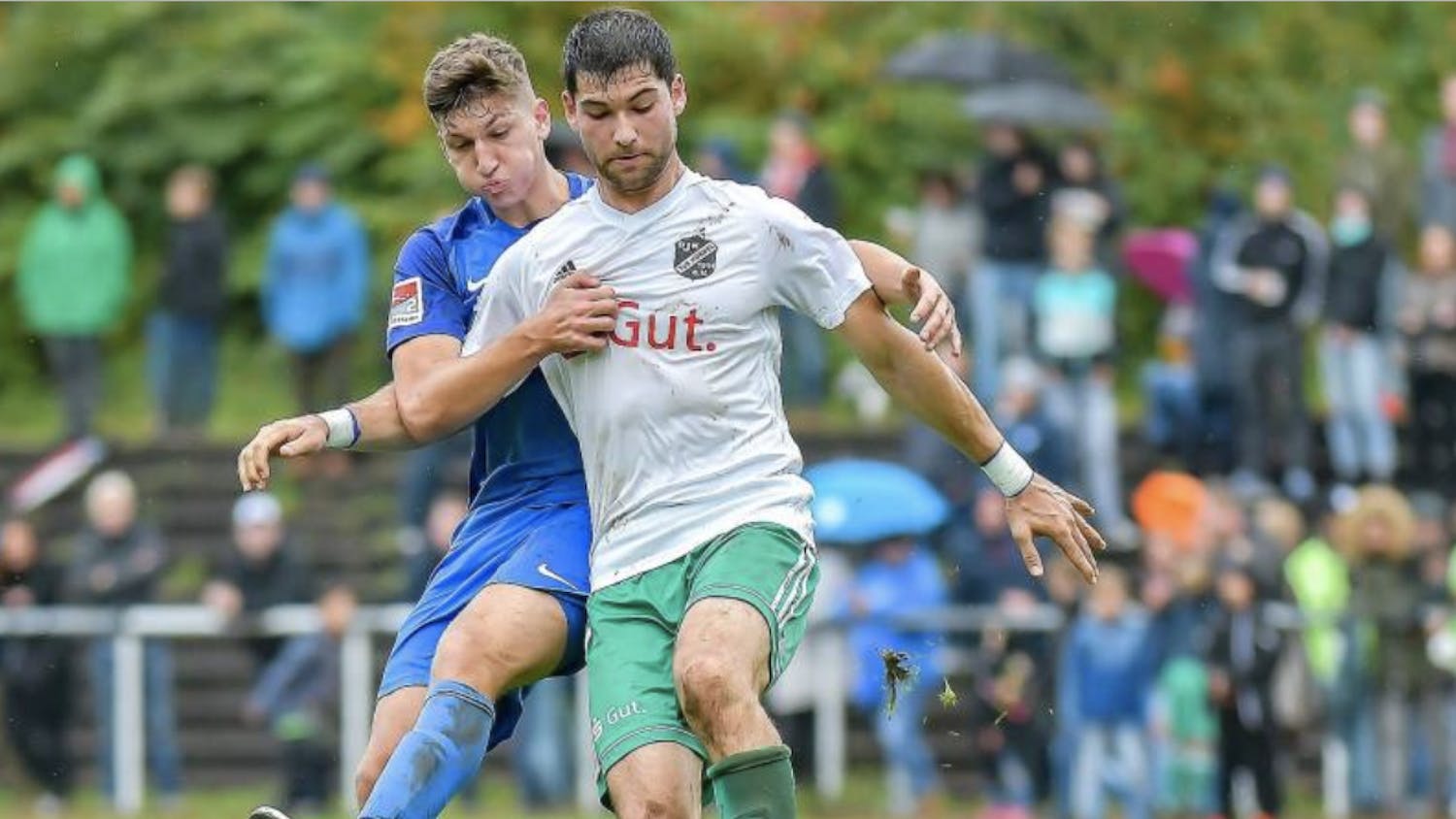 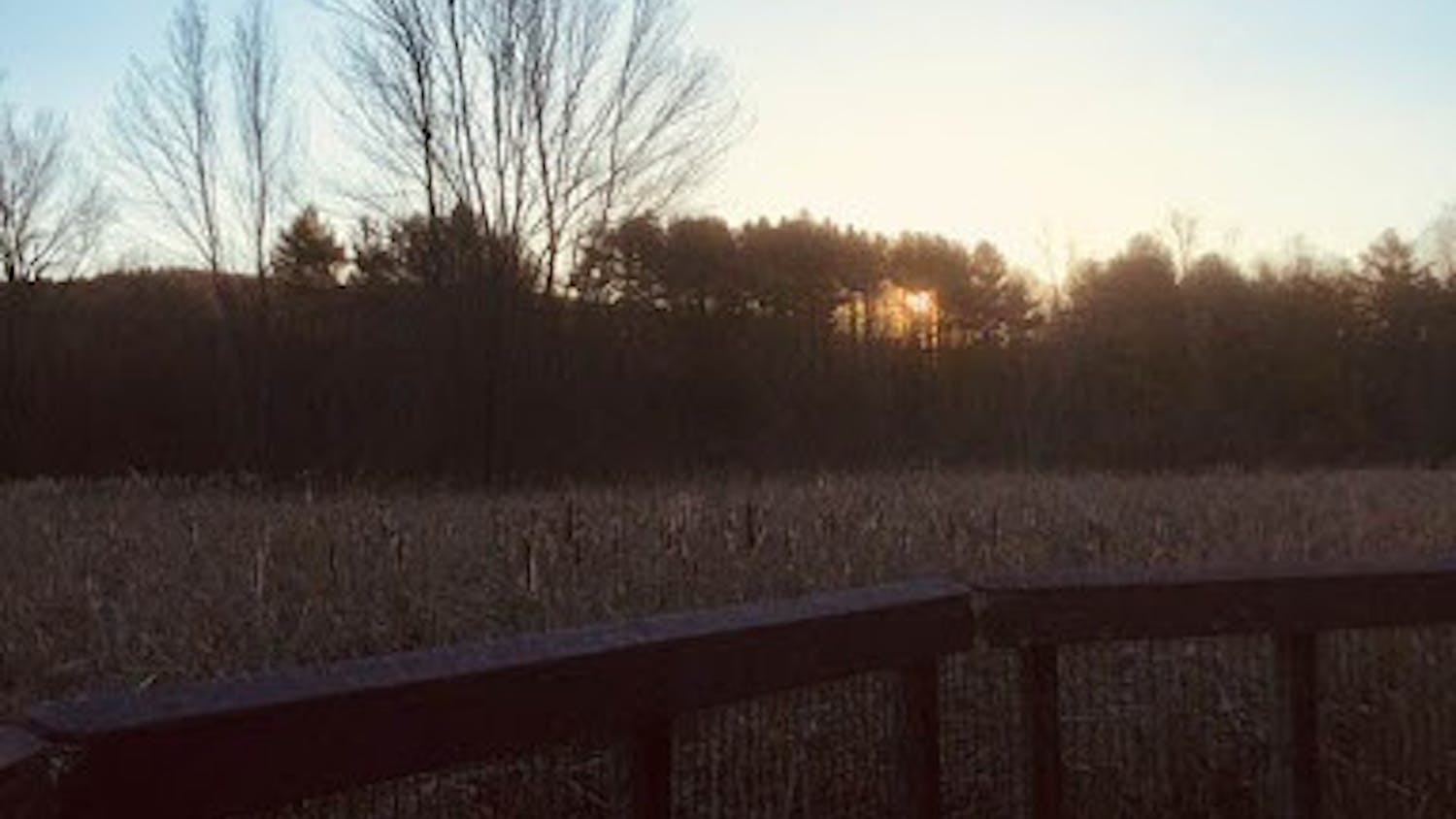