What do J.J. Watt, Jordy Nelson and Scottie Pippen all have in common, besides being all-time greats in their respective sports? They all walked on to their collegiate teams.

While not often addressed, the walk-on process can often be a crucial part to a college team’s success, and it provides the chance for more students to get involved in college athletics.

Although the majority of Middlebury athletes are recruited through a process of communicating with coaches ahead of their admission to the college, there is a small but significant number of athletes who have joined the team after their admission.

Charlie Keohane ’24 of the women’s track and field team walked on prior to her arrival on campus by contacting the sprints coach Martin Beatty and providing her personal records from high school. Having competed on her school’s track team since sixth grade, Keohane was not ready to hang up her spikes after the pandemic brought her high school season to an end.

“I didn’t get to run my last season of high school because it was cut short by Covid after two meets,” Keohane said. “I thought running in college would be a nice way to continue running and meet some new people.”

After joining the team for training in the fall and winter, Keohane says it was a major social bonus to be able to meet people through sport.

“It was nice to have track as a first year,” she said. “It was hard to meet people with Covid and while living in a single, but track was a great way to meet some really interesting people.”

Although she had her concerns about possibly not making the team, Keohane says it was ultimately not a difficult decision to reach out to her coaches. “I didn’t have much skin in the game, so it was really just an opportunity,” she said.

Despite being initially intimidated by the prospect of competing alongside a team of recruits, the sprinter has found a home on the track and field team where she feels supported and comfortable.

“My coach, Martin Beatty, is truly the kindest person ever, so even though I’m not breaking records, I still feel like a valued member of the team,” she said.

Keohane encourages any incoming students with an interest in walking on to a Panthers team to try their luck. “There’s no harm, no foul in asking,” she said. “Send that email or make that phone call.”

Porter Bowman ’21.5 took a very different path to walking on from Keohane, but his experiences have been similarly positive. Bowman, who had played golf as a hobby all his life, did not join the golf team until the spring of 2021, two semesters before his graduation date. Following the path of his friend and current teammate David Ball ’22, who had walked on during his arrival at Middlebury, Bowman reached out to coach Bill Beaney in the fall of 2020.

“They were just doing modified practices, so there were no tournaments to look forward to,” Bowman said. “[Coach Beaney] said he would stay in touch.”

Bowman officially joined the roster in the spring of 2021, with the golf team desperately needing on-campus competitors with the majority of their team taking the semester off. “I reached out to Coach Beaney, we met, and he said he’d love to have me,” Bowman said. “I became the sixth man for a team that requires five players at every tournament, so I felt it was good for him and certainly very good for me.”

Like Keohane, Bowman says that despite facing initial trepidation when joining the team, the team welcomed him with open arms and he was able to make the most of the opportunity. “I still occasionally feel like I have something to prove, like a chip on my shoulder,” Bowman said. “But even though I know I’m not competing for the top spot, I love the sport and feel I can add something to the team, whether it’s on or off the course.”

Bowman reflected fondly on his time with the golf team.

“It’s really a phenomenal group of guys,” he said. “It’s a very cohesive group, and we’ve built an atmosphere where everyone feels they can contribute in some way.”

Bowman encourages first years, or even upperclassmen like himself, to try walking on to teams. “One of the best parts about Middlebury are the opportunities,” he said. “The worst thing that can happen is you reach out and get a no.”

Bowman also tried to walk on to the men’s basketball team, although a torn ACL hampered his ambitions. “I still worked up a relationship with the team, and I play pickup with them in the offseason to this day,” he said. “Even though I didn’t walk onto that team, it gave me the confidence to go for it with golf because I saw that varsity teams are not impermeable, so it’s certainly possible [to walk on] and worth trying.”

The global pandemic has also made the process of walking on far from ordinary. Maribel Carpenter ’24 walked on to the women’s cross country team during the height of the pandemic, which resulted in her starting her season two weeks behind her recruited teammates. Although she initially found it hard to integrate into the team due to Covid-19 restrictions that limited team events as well as difficult to shake off the identity of being a walk-on, Carpenter ultimately found the experience to be a rewarding one. “Over time I was able to slowly get to know my teammates and feel progressively more included with the team,” she said.”

Carpenter also strongly encourages students considering walking on to a team to reach out to coaches, and reminds them that sometimes it just takes a stroke of luck.

“For me, the reason I was able to walk on was because one of the girls on the team decided to be remote in the fall so there was an open roster spot,” Carpenter explained. “Without that happening I wouldn’t have been able to be on the team. If you’re not able to walk on… it’s probably not because you aren’t good enough for that team but rather that the timing didn’t work out.”

Any students interested in walking on to a sports team can find the coaches’ contact information on the respective team pages.

Editor’s Note: Charlie Keohane ’24 is an Editor at Large, and Porter Bowman’21.5 is the Senior Opinion Editor for The Campus. 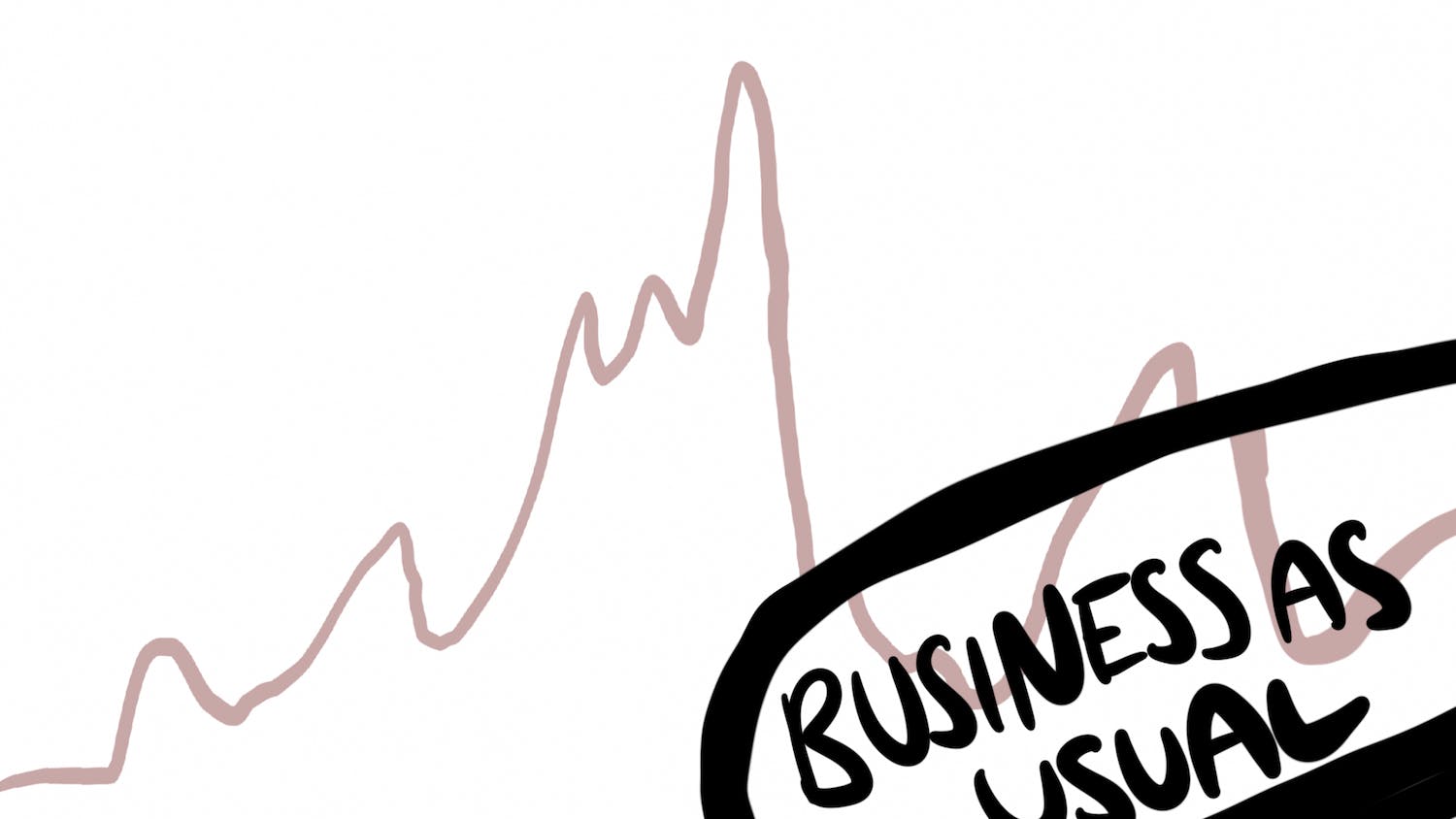