“No One Is Forgotten” revels in fragmented information

Leave the elaborate set and extensive casts to faculty shows. Theses, in contrast, are the simpler, single-celled protozoa at the root of the theatrical tree of life. “No One is Forgotten,” Gabrielle Martin's ’21.5 acting thesis and Madison Middleton’s ’22.5 500-level work in directing, written by Winter Miller, revels in the power of this streamlined medium. The play opens with two assumed journalist captives in a concrete cell. Contrary to journalism’s concise exposition, details in this play are provided only as frequently as the prisoners’ oatmeal.

Central characters Beng (Gabrielle Martin) and Lali (Meili Huang ’23) work abroad. Their job titles are never explicitly referenced in the play. Instead, the prisoners make off-hand references to mutual acquaintances, parties and work trips. These details color Beng and Lali’s lives, but they are tangential to the intrigue of the play itself.

The play consists of a series of vignettes. “[It’s] not a story that builds to a climax,” Middleton said. “It ebbs and flows, ripples and crashes.” Beng and Lali spend most of the show playing games: Hangman, yoga and their favorite: How would you rather die? A typical scene starts with casual jokes, like “What makes a pickle cool?” “Sunglasses.” The scene ultimately falters on an unspoken thought and falls apart. Yelling, crying and physical altercations burst the light surface tension to reveal the chaos below.

Beng and Lali are difficult roles. What makes the characters interesting is rooted in what they suppress. What are they thinking as they imagine shopping for groceries? What comfort do they find in their endless lists of fruits and ways to die? In a figurative game of I Spy, Beng describes fear as “narrow… oblong… murky, gray.” Lali parries with something “red, saw-toothed, jowly.” She’s describing rejection. The audience is left to guess what lies beneath this trivial word game.

Martin and Huang convincingly portray the haunted, suppressed characters and the masks those characters hide behind. Lali and Beng construct fictions to cope with their traumatic reality. They escape their prison through levity, games and the imagination that transforms their own urine into Greek-Californian chardonnay. Beng and Lali believe in these as much as the audience believes in Martin and Huangs’ performances.

Martin’s Beng is an insufferably upbeat character. She tries desperately to lighten Lali’s spirits, even at the darkest moments. After one poorly-timed joke, Lali understandably accuses Beng of misreading her audience. Martin successfully brings humor and levity into each scene while simultaneously maintaining Beng’s intense anxiety. One never gets the sense that the character is unaware of the reality of her situation. Rather, Martin’s Beng rejects that reality in every possible way.

At times, it seems that Lali would rather Beng left her alone. Beng’s games become more creative and demanding when Lali is at her lowest. Lali’s self-delusions are of a different sort. She lies about her relationship with Beng. When Beng pretends to swim on the concrete floor, Lali eventually stops crying and joins her. When Lali is left alone for an extended series of scenes, she becomes visibly more anxious. She even enacts her own wake, just as Beng had asked. Her reliance on Beng shines through at its starkest in Beng’s absence.

The heart of this performance is in moments like these, when the fictions falter. The jokes break off. The stage falls suddenly silent. Often, a scene will have no lines or movement. It’s hard enough to deliver lines that convey the depth and complexity of these characters. It’s even harder to do so without words. Martin and Huang were terrifying in their ability to sit during those empty scenes. The full force of unasked questions, unspoken thoughts and suppressed fears hits the audience. What’s left when you’re cut off from the world?

Miller wrote this play in response to the killing of journalists David Pearl and James Foley. She directed its 2019 premiere after the death of journalist Jamal Khashoggi. As a journalist herself, Miller wrote “In Darfur” (which premiered in 2007) after travelling to Sudan with the New York Times’ Nicholas Kristof. “No One is Forgotten” is her ode to the dangers of journalism and humanitarian aid. Journalists are the eyes and ears of the world. When we lose them, we lose contact with the world. “No One is Forgotten” invites the audience to reflect on what we don’t hear, what we don’t see and what we don’t know. 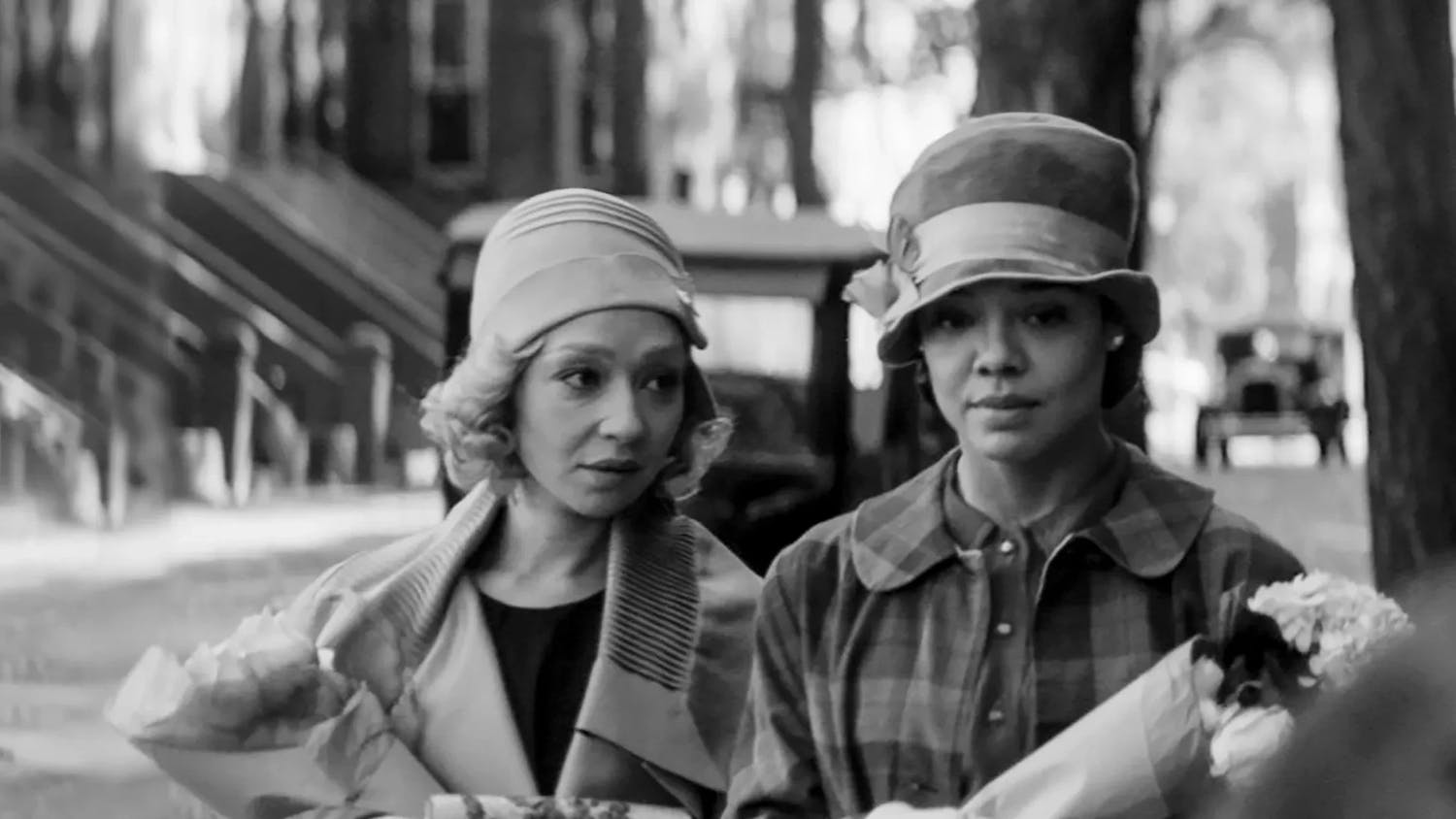