Out of sight, out of mind. That’s what most of us think about our garbage. But what really happens when we throw something away? And who are the people that help reduce our impact on the environment?

It’s still dark outside when I head toward the Material Recovery Facility (MRF). The streets are empty save a few workers and the odd student. A thin layer of frost covers the lawn. When I arrive, I’m promptly greeted by Supervisor of Waste Management Kimberly Bickham and truck drivers Phil Teer and Bill Geehan.

I climb into the box truck with Bill, who shows me a long list of locations on his morning route sheet. 700 Exchange Street. The Marble Works. Munroe. Centeno. Hesselgrave. 422 South Main. Axinn. Starr. Painter. The list goes on.

On an average day, the truck drivers clock in at 6:00 a.m. and 6:30 a.m. to collect trash, recyclables, compost and debris from all over the campus. They make multiple routes using several different vehicles, finishing their shifts at 3:30 p.m. and 4 p.m.. By the end of the day, they will have made a combined total of approximately 100 stops.

“It’s a race to get everything done,” Bill says, which is due to the additional difficulties of short staffing for an already time-sensitive job. The MRF is currently looking to hire a third driver, but truck drivers are in high demand, and the college doesn’t offer competitive salaries, Bickham tells me when we meet later that week in her office. When Bill and I arrive at our first destination, an alumni residence, someone has forgotten to bring out their trash, so we quickly turn around and drive to the next location.

Garbage and recycling collection isn’t just a stressful job that involves many occupational hazards. It also takes a great toll on the worker’s body. Bill hops out of the truck and walks down a steep driveway. There, he unlocks the door to a huge, dimly lit garage through which he moves several heavy rolling carts to the rear end of the vehicle.

“This is said to be the most physical job on campus,” he says, as he hurls bag after bag into the cargo box.

Prior to taking up employment at the college two years ago, Bill worked for the city of Burlington. We talk for a while about his former interest in photography, and before I know it, it’s time for me to go with Phil in the packard truck.

Phil is a life-long Vermonter who grew up in a family with three brothers in the town of Chittenden, Rutland County. He joined the MRF workforce almost five years ago after switching gears following a 44 year-long career as a diesel power technology instructor at the Patricia A. Hannaford Career Center.

“My wife would like me to retire,” Phil admits, but he has been reluctant to give up work completely. With the amount of energy he has, I can certainly understand why.

At our first stop, Phil empties a big brown container into the hopper using a hydraulic lifting system. The last pieces of miscellaneous waste are dug out manually with a potato hook. The recyclables are then pulled in and crushed by the grinding jaws of the machine, which produces a sonic feast of earsplitting industrial noise. It’s a satisfying sight of contained chaos.

After changing trucks at the MRF, Phil collects the Proctor Dining Hall trash and dumps it at the District Transfer Station (DTS), which is where items such as household chemicals, tires, light bulbs and oil filters are also transported. From here, the trash will travel to the landfill in Coventry, Vt. Recyclables, on the other hand, go to Rutland for waste sorting.

Under normal circumstances, the MRF runs its own sorting operation, in which bags are hand-processed and picked by the staff. However, hand sorting hasn’t taken place since the start of the Covid-19 pandemic in an effort to protect workers from virus exposure. This, in turn, caused the diversion rate to fall from 69% in 2019 to 45.4% in 2020 (the diversion rate for 2021 will be available in December). The number of MRF staff has decreased from eight to three.

Today, bags are examined from the outside by drivers, meaning if a bag of recyclables contains paper towels or is commingled in any other way, it gets directly discarded as trash. I can tell that this is something that really bothers Waste Management Supervisor Kimberly Bickham, who first came to Middlebury in 2008 to work as a truck driver. Before the pandemic hit, her goal was to achieve a 75% diversion rate. The biggest challenges of the job? “Cooperation from others,” she says. “I believe if people really want to recycle, and want to make an effort, they do. There are some people that just truly don’t care, and I think there is some of it that is just lack of experience and knowledge.”

My odyssey with Phil ends with a visit to the college compost site, where I’m given a quick rundown of the MRF compost operation. It’s a year-long process, which involves food waste being mixed in with grass, wood chips, and horse manure from the Morgan Horse Farm in Weybridge. After months of decomposition and a subsequent sift through, the finished product is used on the college flower beds and athletic fields. This year, it has also been used to create topsoil.

Back at Middlebury, I have a chat with Jason Dillenbeck, a custodial team liaison with a zen-like calm, who’s currently filling in at the MRF. Jason opens the doors to the reuse trailers that are full of items that got abandoned by students during the early days of the pandemic. “Take whatever you want,” he says. “Seriously?” I respond. Stepping into the reuse trailer is like stepping into a mini-Walmart. The shelves along the walls are packed with all kinds of things — irons, lamps, makeup mirrors, kettles, yoga mats, dishes, desk organizers, ski boots —  all in perfectly usable condition, some of it unboxed or with the price tag still intact.

Out in the main hall, massive containers are filled to the brim with carpets, shoes and clothing that nobody wants. I find myself feeling overwhelmed by the flurry of stuff rather quickly. These items are stuck in limbo. Though I firmly believe that there are limits to what the individual can do in terms of solving a climate crisis caused by an impersonal structure, there is undeniably one important thing — if not the most important thing — that we all can and must do, and that is to radically reduce our consumption. I shuffle back to my residence hall carrying my box of miscellaneous goods, where I pull up my phone to cancel the kettle that I ordered online a few days ago. 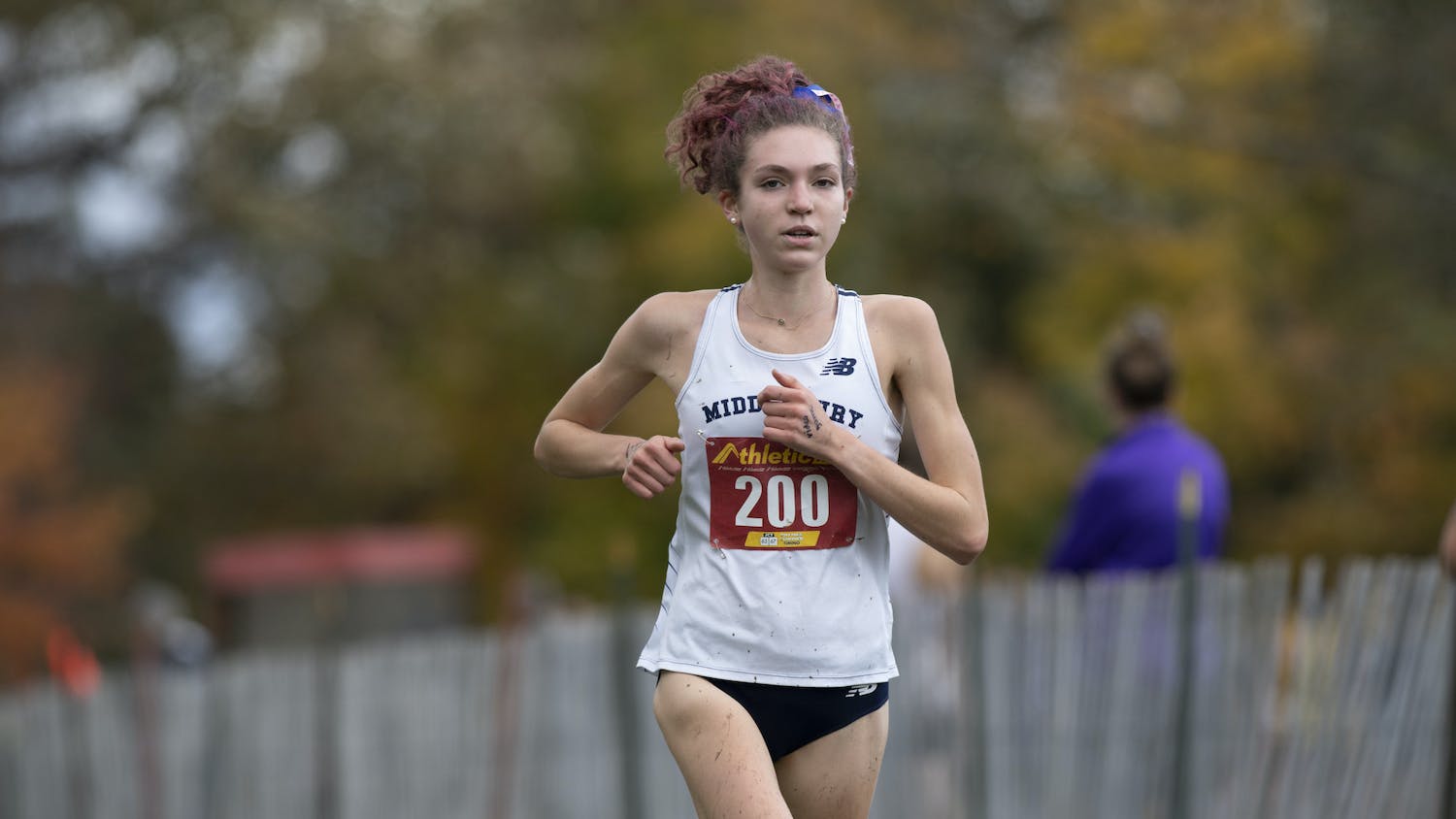