This academic year, I hosted my first ever podcast: Siefer’s Scoop. I began recording episodes in September — having absolutely no idea what I was doing — and just wrapped up my last episode this week, still with no clue what I’m doing.

The idea behind the podcast was to explore the unique athletic journeys of Middlebury’s student athletes. So many athletes at Middlebury carry fascinating stories — from how they picked up their sport(s) to how they got to Middlebury — but I found that many of these stories were going untold. I hoped that Siefer’s Scoop would begin to bridge that gap.

While there was a steep learning curve associated with breaking into the podcasting world, I’ve enjoyed the challenge every week, and have recorded 19 total episodes with Middlebury athletes. From my first episode of the year with Cole Crider ‘23, to my special episode on student-athlete activism, to my final episode with Brett Perlmutter ‘24, I’ve been incredibly fortunate to chat with some of the most interesting student athletes at Middlebury.

The athletes I’ve interviewed span 18 varsity teams, a little over half of Middlebury’s 31 athletic programs. While there are many other athletes that I wish I could’ve hosted on the podcast this year, I’m still really happy with what I’ve covered.

There were so many highlights from this year — too many to count, to be honest — so, for those who maybe didn’t catch every episode, I thought I’d list my favorite quote from each episode this spring. I also wrote a semester in review article last winter, so go check that out if you want more details on my fall coverage.

I hope these quotes put a smile on your face. Most of them come from the “Why Midd?” section of the episodes, but others are just snippets from interesting stories that student athletes have told me on the podcast.

Looking forward to returning to the airwaves soon — whether it be this summer or fall.

’Til then, stay well, and Go Panthers!

“What’s really telling is that we spend time outside of scheduled practice to hang out with each other. We’ll just watch a movie on the weekend or just hang out and enjoy each others’ company. I was extremely lucky to find that at Middlebury.”

“Middlebury appealed to me in so many ways — just walking around on campus, it felt more like a home than other campuses’ did. I really liked the way they went about things and treated students and athletes very similarly: [athletes] aren’t going to be put on a higher level than anyone else, and I actually really respected that.”

“Freshmen have to decorate the locker room. Something really funny was us trying to come up with the theme. All the sophomores are like, ‘Yours isn’t going to be as good as ours.’ We went to the Dollar Store and we got a Buzz Lightyear piñata, which is kind of random. We ordered alien glasses — and they never came.”

“It seemed like there was such a bond to the school. My dad had a couple friends that went to [other schools], and when my dad mentioned I was thinking of going there, they were like, ‘Oh nice, if he wants to talk about it let me know.’ Whereas, when he talked to friends who had gone to Middlebury, they were like, ‘Oh my god, that’s great, I loved it there. Please, get me his number, I’ll reach out to him.’”

“Midd skiing has been a total dream. I’d be with those guys all the time — it’s a great group of people.

“I didn’t want to visit Middlebury at first. My dad and I were about to take this long road trip… and I was feeling very tired and didn’t want to go. I remember my mom telling me that I would love the campus. So, I grudgingly said, ‘Ok, I’ll go.’ And my dad and I visited in April, and we were touring the campus in a blizzard. I fell in love with the campus — I had that cliché, gut feeling that everyone talks about.”

Tommy: “I was amazed at how close the team was, how much time the team spent together. Everyone was such good friends and it was so natural. We are all friends for life now.”

Jordan: “Everybody is really close with each other, everybody really wants each other to succeed. When we qualified to have the NESCAC Championships hosted here, it was pretty competitive for who would end up making the playing squad. But one thing that really stood out to me was just how much everybody wanted the next guy to succeed and give the team the best chance. That’s a testament to how close everyone is and what kind of a culture we have.”

“My mom and I were visiting a bunch of schools on the East Coast, and the pass from Boston to Middlebury was closed the day we wanted to go, so we had to go through Rutland. And my mom doesn’t like driving on two-way highways and hated it. It was the longest drive, and I was in such a bad mood; when we got there, I didn’t even get out of the car. But then we got Schaffer’s, and I was like ‘This is the best sandwich of my life. I like this place.’ I didn’t even get out of the car — I was such a drama queen.’”

Episode #18: Bochu Ding ’21, rower and editor in chief of The Campus

“[Middlebury has taught me] it’s OK to not have everything figured out. It’s fine to not necessarily know what you are doing, who your friends are, [or] what you are going to study. It’s okay to let that go — because you will find some sort of direction eventually.”

“I get to Middlebury, and it was pretty high up on my list to begin with — but I wasn’t necessarily sold. My host takes me back to the dorm and we see two of his friends in the hallway. And I say to them, ‘So what do you think of Middlebury?’ And without hesitation, [they say] ‘I love it, I absolutely adore this place.’ And what I found was literally the rest of the 24 hours I was there, every single person I talked to [said] ‘I love this place. This place is unbelievable. Yeah, it’s hard, but I don’t mind — I love the challenge.’ I left my recruit trip [thinking] this is the place for me.” 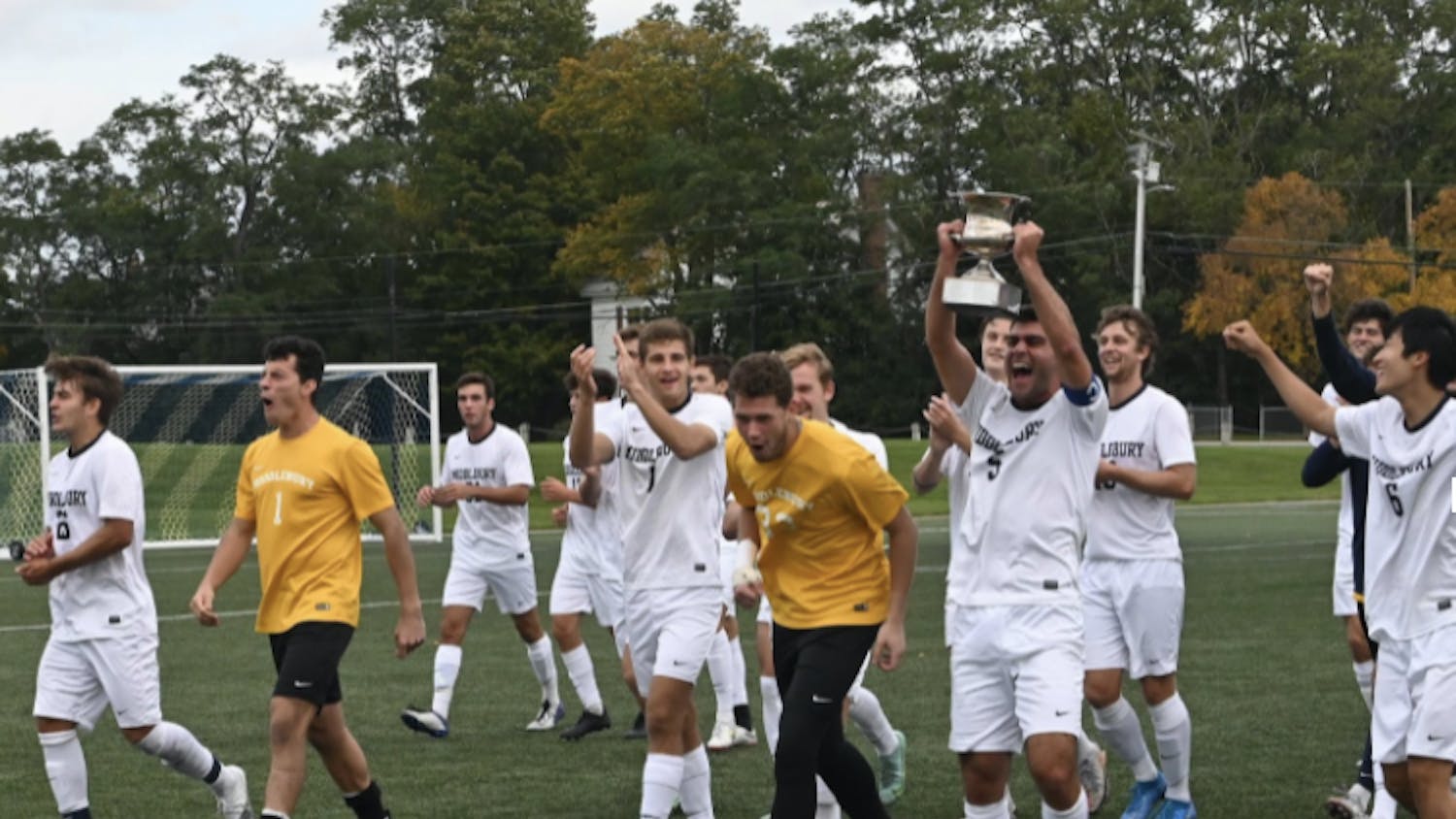