Treatises on non-romantic matters of the heart

For the Campus’s “Love Issue,” I am listing below some really compelling nonfiction books that involve matters of the heart. As always, I hope you are all staying safe, and that reading this piece might offer you a few minutes away from the grim reality of April 2020. Let’s get to it.

1) “Say Nothing: A True Story of Murder and Memory in Northern Ireland” (2019) by Patrick Radden Keefe

“Say Nothing” tells us about several intertwining stories set during the Troubles, the violent sectarian conflict between the largely Catholic Irish Republican Army (IRA) and the two mostly Protestant loyalist gangs, Royal Ulster Constabulary (RUC) and British Army. The main plot line is about the 1972 disappearance of Jean McConville, a Belfast mother of nine children. Unfortunately for her, IRA intelligence suggested that McConville was an informer for the British. The last pages of “Say Nothing” deal with finding out who abducted and murdered McConville.

But the wildest section of “Say Nothing” focuses on the romance between convicted IRA bombmaker Dolores Price and her Protestant husband Stephen Rea, a Belfast actor who starred in the psychological thriller “The Crying Game” (1992). (Also: See “The Crying Game!” It’s definitely in my top ten movies, probably just below “Paddington 2” (2017)). Particularly interesting is how Rea balanced his acting career — where he often, ironically, ended up playing IRA militants — with his marriage, which slowly dissolved after Dolores, then bombmaker emitra, became an alcoholic. All in all, “Say Nothing” is a profoundly melancholic thriller, and a weary meditation on the horrors of sectarian violence. The story’s first half in the early 1970s reads like a Bond novel: Keefe writes about car chases, Guinness binges, double-crosses, gunfights and getaways. But the book gets bleaker once the IRA’s leadership realized that winning the Troubles probably would not happen​. The author suggests that it was every man for himself on the Republican side once the more pragmatic Sinn Féin party broke away from the IRA, abandoning fighters who for years had robbed and murdered for a united Ireland. To make matters even more shady, Keefe reveals that at least a third of those fighters might have been “assets” for the British at one point or another. Barack Obama said “Say Nothing” was one of the best books of 2019. I couldn’t agree more.

2) “The Black Count: Glory, Revolution, Betrayal and the Real Count of Monte Cristo” (2012) by Tom Reiss

I remember as a tween reading the “Count of Monte Cristo” by Alexandre Dumas and wanting to be the novel’s protagonist so badly. Monte Cristo’s a master sword fighter, stock-market manipulator and wine connoisseur; he owns an island and becomes the toast of Parisian and Roman café society; the Count dispatches evildoers with ruthless aplomb and has a photographic memory. Monte Cristo is even more fascinating when you learn that the novelist essentially based the character off of his own father “Alex” Dumas, who was a French general in several Napoleonic wars.

But what makes Reiss’ book, a biography of Alex Dumas, father of the novelist Alexandre Dumas, really incredible is that Dumas was the son of an impoverished French nobleman and a black Hatian female slave, and was himself in bondage up into his teenage years until his father bought his freedom. Once Alex Dumas arrived in Paris, he excelled in the military and was especially noted for his bravery and decisive leadership of his troops during the Napoleonic Wars, despite the myriad racist officials in the French military and government. Reiss confidently unravels Dumas’s surreal transition from Hatian slave to battle-winning aristocrat, and deftly captures its central figure’s ambition.

The most touching moments of “The Black Count” show us Alexandre Dumas’s occasionally inaccurate but heartfelt biography of his larger-than-life father, who passed away when Dumas was only four years old. The book tells a compelling chronicle of warfare and racism, but nothing competes with the novelist’s vignettes, which Reiss includes. My favorite of these is when a four-year old Dumas, brandishing a sword, vows to kill God after his mother tells him that the Almighty has taken away the titular “Black Count.”

Malcom Gladwell’s books generally provide me with ample facts and stats to use during Ross Dining Room debates. “Talking to Strangers” is no exception: I nowadays probably quote this book with the same frequency that Paul Ryan brings up “The Fountainhead” (1943). Gladwell’s latest covers a lot ground: he gives us a chapter on why some people make bail when others don’t, anecdotes about how CIA spies failed to spot Castroist moles that were hiding in plain sight and even an analysis of characters’ facial expressions in the show “Friends.” (I’m not entirely sure why Gladwell added this last part, but I thoroughly enjoyed it.)

The author centers his research on the thesis that the ways humans communicate with strangers are highly flawed — which, if that sounds a little vague, that’s because it is. But who really cares? Not this critic. In the individual chapters of this book, Gladwell provides so many fascinating true stories about lie detection and miscommunication that a thoughtful reader, I think, can draw their own conclusions about this book’s gist.

To conclude, “Talking to Strangers” is a fascinating read that highlights Gladwell’s love of historical and present-day case studies. And if my use of the word “love” sounds like a tacked-on way to recommend this book in The Campus’s Love Issue, then you, my friend, have judged this stranger quite accurately.
Comments
More 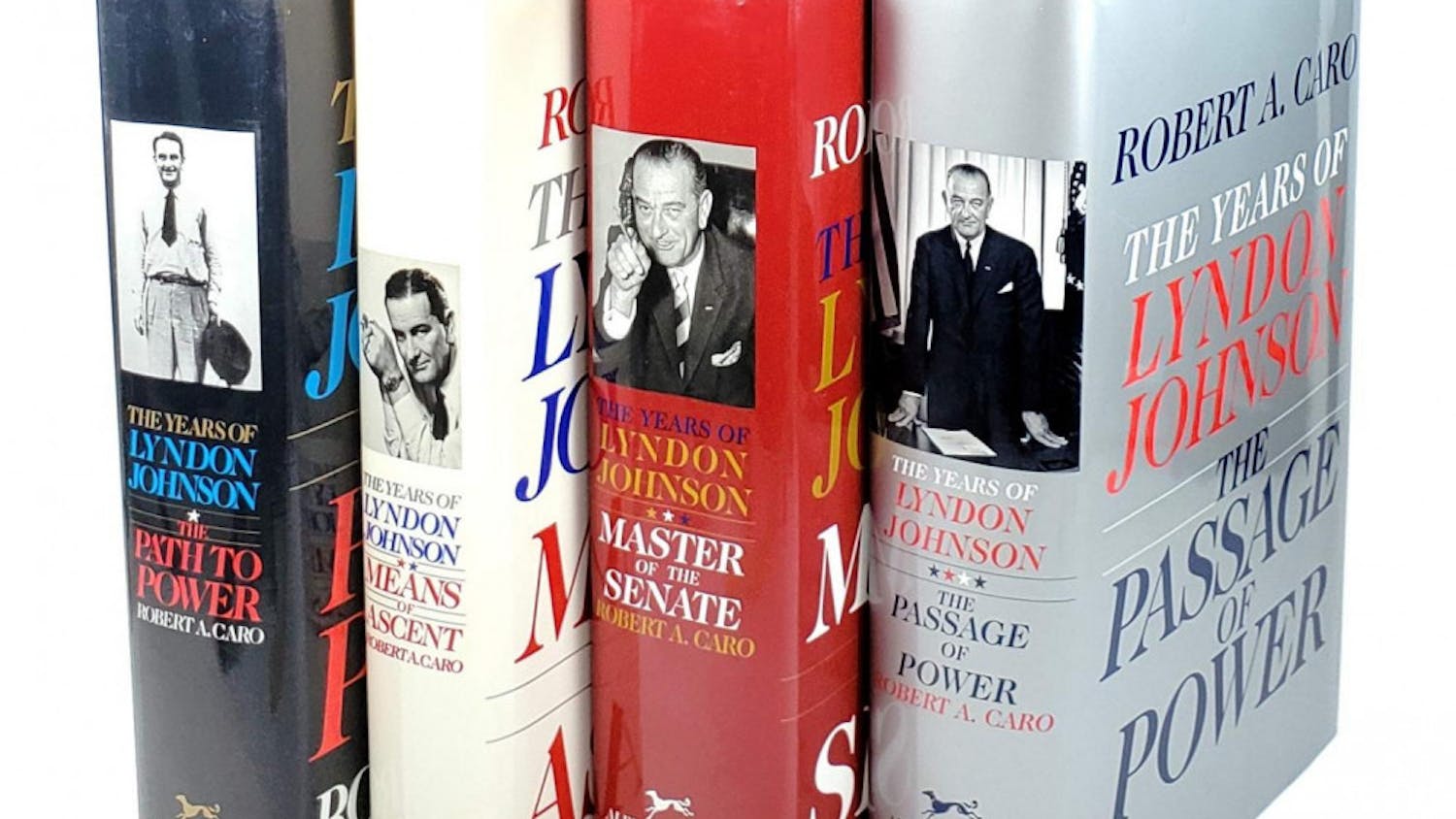 ‘Landslide Lyndon’: Robert Caro’s accounts of a president with a penchant for showmanship and voter fraud