The many pumpkins, leaf piles and spooky decorations around campus don’t just signify Halloween; for Middlebury athletics, they signify that the end of the regular season is drawing near, and the simultaneously nerve wracking yet exhilarating prospect of the postseason is nearly upon us. With just a few short weeks remaining in most team’s seasons, here is a look at how teams are faring heading into the postseason.

The 8–1 Panthers still top the NESCAC in spite of a surprise defeat at the hands of Trinity two weekends ago. Their famous winning streak faltered after a historic 42-game run, the longest in the program’s history, but spirits remain high in Middlebury’s camp. Amy Griffin ’24.5 currently leads the NESCAC in points with 41 to her name (15 goals, 11 assists), and Grace Harlan ’22.5 is second in the league with four shutouts this season (the team has a total of six shutouts). The Panthers may have shown they are still human, but they remain the top ranked team in the nation and should be the favorites to claim both the NESCAC and NCAA titles.

The football team (5–1) is enjoying a stellar season, thanks in no small part to Donovan Wood ’24’s league-leading eight touchdown receptions and the 53 total sacks by Finn Muldoon ’23.5. The Panthers sit second in the NESCAC, just one game behind undefeated Trinity. With games against Colby (4–2), Hamilton (2–4) and Tufts (3–3) left to go, it is imperative the Panthers stick to winning ways to put pressure on the Bantams. With no playoffs at the conclusion of the regular season, Middlebury stands a real chance to reclaim the NESCAC title they last won back in 2019.

The women’s volleyball team (13–8) currently sits at 4–4 in NESCAC play and, as things stand now, holds the middle of the pack heading into the playoffs. Momentum is certainly with the team, as they have won seven of their last eight games, five of which were 3–0 shutouts. Gabbie O’Toole ’25 currently leads the league in assists with a comfortable eight-point margin over her nearest opponent and recently pocketed the NESCAC player of the week award for her efforts. Kelly Ferrero ’23.5 also leads the conference in digs. The Panthers have a big game coming up against the 7–1 Wesleyan before a potentially must-win matchup against the 3–5 Trinity to conclude their regular season. If the Panthers can keep their momentum going, they may have timed their peak to perfection as they enter the playoffs.

The women’s soccer team occupied fourth in the league with one game to go at press time, facing off with the second-placed Williams in their final match of the season. The Panthers have clinched a playoff berth but will be hoping to score a high seed heading into the postseason, which could also give them home-field advantage in the early rounds. The NESCAC defending champions are currently on a five-game unbeaten run, and with a strong defensive unit led by Elise Morris ’22.5 and Ellie Bavier ’22.5, the Panthers appear to have a decent shot at recording back-to-back league wins.

The Panthers are on course to take the No. 2 seed heading into the playoffs with just one game remaining against Williams (3–1–5). The team had been enjoying a rich vein of form through late September and early October, stringing together six wins in a row, five of which came against NESCAC rivals. However, a recent defeat to a plucky Tufts team (7–2–5) means that the Panthers now sit three points behind Bowdoin at the top of the standings. The Panthers’ attack has been spearheaded by winger Jordan Saint-Louis ’24, who has netted five times in the league this season. They also boast one of the stingiest defenses in the NESCAC, with goalkeeper Ryan Grady ’23.5 posting seven league shutouts and becoming the program’s record holder in the category. The team will be hoping their strong defensive acumen can carry them deep into the playoffs, in search of a NESCAC title that has eluded them since 2010.

The women’s cross country team is coming off a third place in last year’s NESCAC race and 14th at last year’s NCAA championships. The Panthers were far off the pace in the recent Connecticut College Invitational, finishing 19th out of 22 teams but notably rested some of their top runners. Assuming Bea Parr ’25 and others are at top health at the NESCAC championships, the Panthers could be a force to be reckoned with. The team has looked strong this season with impressive performances from Victoria Fawcett ’26, Lucca Franz ’26 and the aforementioned Parr, who has two race wins to her name. Ranked 29th in the nation, the Panthers may find it difficult to knock off the defending champions Williams, but they look set to build off their impressive finish last year and solidify their status as one of the top teams in the NESCAC.

The men’s cross country team finished second in last year’s NESCAC and 13th at the NCAA championships, and they can expect similar results this year. The Panthers impressed at the recent Connecticut College Invitational, taking third from a field of 23 teams. The team finished comfortably ahead of league rivals, like Colby and Bates, but found themselves a handful of points behind the reigning league champions from Williams. With Alec Gironda ’24 and Zander Kessler ’22.5 running at top form, the team can safely expect to fend off the majority of their NESCAC competition, but they will need a big team performance to upset a deep Williams team.

The women’s golf team finished their season with a third place finish at the New England Intercollegiate Golf Association Championship, finishing just behind league rivals Williams and Amherst, both of whom are in the top 20 in national rankings. Katie Murphy ’23 led the Panthers with her fifth place finish while Audrey Tir ’25 finished just behind her teammate in seventh. The team finished third in the NESCAC Qualifier, earning them a bid in the NESCAC championship and setting them up well for the spring season, although it will be a difficult challenge to divest Amherst of the NESCAC title.

The men’s golf team concluded their fall season at the New England Intercollegiate Golf Association Championship, where they placed second out of 23 teams, beating several NESCAC rivals in the process. Sean McGarrity ’23 took home the top individual honors to conclude an impressive season, while the ever-reliable Colin McCaigue ’24 finished just a few strokes back in sixth. The team is in good shape for the NESCAC championship in the spring, and fans can expect them to make a run at the NESCAC title, which they last won in 2021.

The Panthers concluded their fall season at the Polar Bear Invitational, going 15–4 in singles play. Sahana Raman ’25 and Lulu Wu ’26 headlined the day as they both went unbeaten with 3–0 records. The season was highlighted by Charlotte McCann ’26’s victory in the singles “B” bracket at the Intercollegiate Tennis Association Cup, while Raman and Claudia Miller ’25 both posted strong results over the course of the season. The team now turns its attention to the spring season, where they hope to go one better after finishing as runners up last year in the NESCAC.

The Panthers rounded out their fall season at the Dartmouth Invitational, an event where no team scoring was held. Robby Ward ’23.5, Julian Wu ’26 and Neel Epstein ’25 all ended the season strongly with 3–0 records on the day. Aidan Harris ’23.5 and Noah Laber ’24, who are both abroad this fall, will bolster the team when they return in the spring. The team is the reigning champion in the NESCAC and were a national semifinalist last year, and despite graduating several key players, they’ll be hoping for similar results come spring. 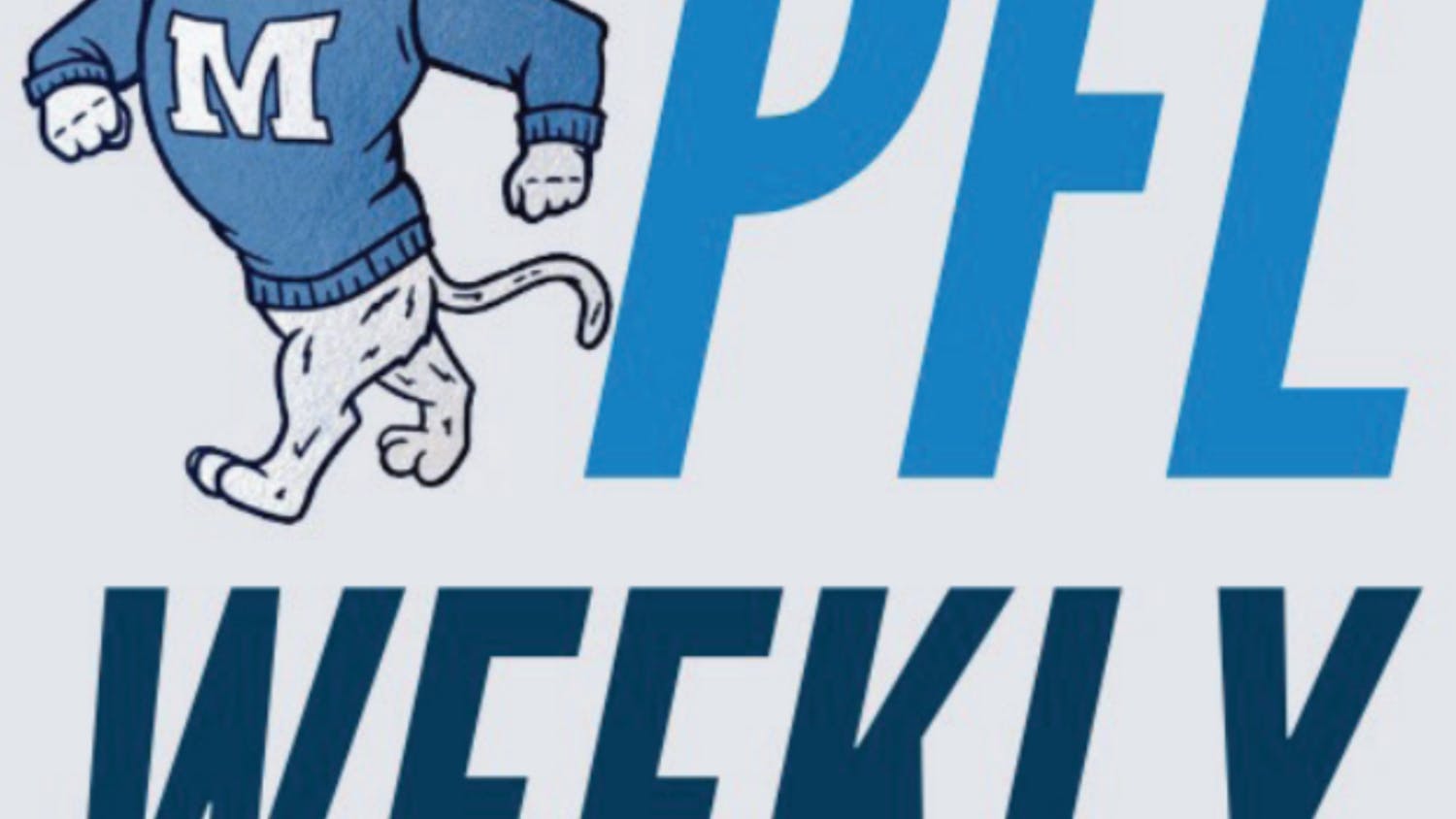 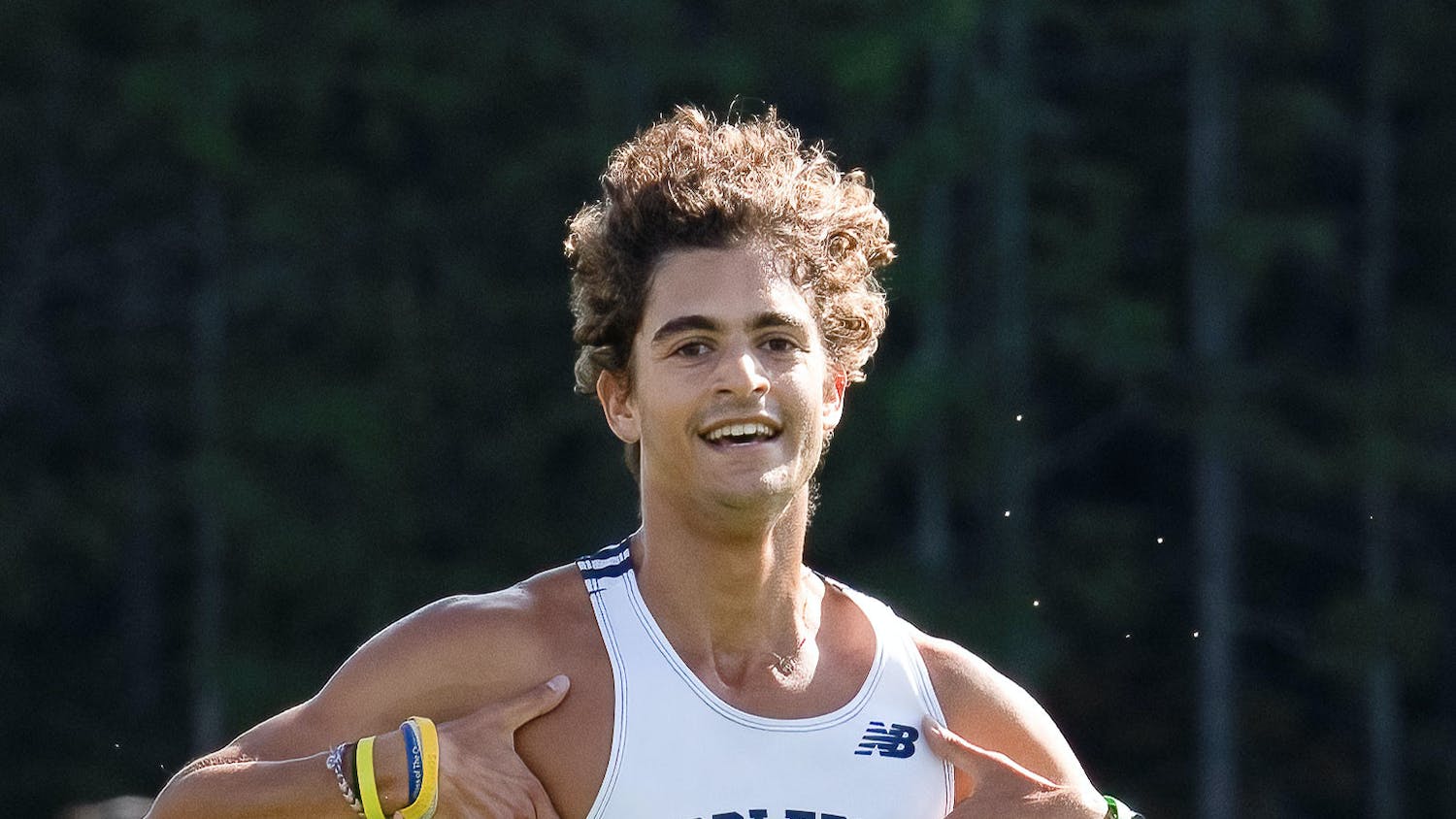