Middlebury Moth-Up held its 10th annual Cocoon event at Robison Hall on Friday, Oct. 7. Performances are based on episodes of “The Moth” podcast. The organization puts on smaller, student storytelling events monthly. Moth-Up Co-President Elissa Asch ’22.5 explains the concept before each event: Stories must be true, told without notes and cannot run longer than 10 minutes.

Cocoon differs from monthly Moth-Up performances in that it is only held once a year, and it welcomes students as well as faculty, staff and community members to perform.

Co-presidents Asch and Kristen Morgenstern ’24 kicked off the storytelling by reading audience responses to the question “What’s the strangest thing you’ve lost or found?” Before every Moth-Up event, the audience is posed a question related to the theme and their responses are read in between performances. These “palate cleansers” inspired particularly funny responses. A parent in the audience shared that they found their child’s umbilical cord in their purse after losing it the night before. Another audience member wrote, “I lost my virginity once, I have yet to find it.”

All three Middlebury students told stories of lost and found love. Sokolow performed first, taking the audience through a journey to find hope. As most love stories go, there were highs and lows throughout the tale, and Sokolow’s tone of voice and body language reflected them. She wore her story emotionally and physically, and bore the weight of the heartbreak she experienced. But, as she recounted the found summer romance that she said gave her “hope to keep looking for that next first kiss,” she showed visible relief.

Next came Shiner. They told a story of a different kind of love than Sokolow: platonic love. The story began with middle school Shiner, wanting to find a best friend. They made the audience laugh with jokes and anecdotes flooded with the relatable whimsy of childhood innocence, the kind that makes us remember each of our own childhoods. One such story they told was a middle school best friend test, in which they would text others a list of questions to see if they were fit to be a best friend. Shiner shared that they lost a love amid a betrayal by the person they thought was their best friend at the time. The story took a sweet turn when they recounted the story of how they met their best friend at Middlebury. They described their best friend as their “go-to person.” It was simply heartwarming, and it made the audience members want to go give their best friends a hug.

The final student performer was Brown. Brown’s boat captain hometown job has made him witness to two love stories that fit the evening’s theme. In contrasting anecdotes of watching an out-of-hand bachelorette party celebrating an exciting moment in the bride’s love story gone wrong, and what was meant to be a family-friendly day turned so sour it obliterated a marriage, he showed two very different sides of the same coin. Brown cracked jokes throughout, but beyond this, he grounded his audience well. Brown transformed the auditorium into a sunny day on the lake through vivid details. He also achieved this with strong characterization of the people he encounters on the lake, such as “Budweiser Dale” and the wild bachelorettes.

Community members Rainwalker Winterpainter and Marlon Hyde also stuck to similar themes; both of their stories concluded with each finding a new name. Winterpainter took the audience through miniature stories, each about how he got one part of his name. There were four in total, one for “rain,” one for “walker,” one for “winter” and finally one for “painter.” This structure connected Winterpainter’s story to the theme differently than the other members; he was the only one whose story concluded with multiple found things (his four names).

In a similar fashion, Hyde’s story ended with him receiving a new name during a trip to South Africa. During the performance Hyde recounted that he took the trip after losing a second friend to suicide. To heal, he decided to travel. Hyde’s story was structured very differently than Winterpainter’s; it was one continuous narrative leading to the conclusion. Additionally, Hyde embedded original poems while telling the story. Cocoon is inherently a very vulnerable and intimate event, and Hyde’s use of poetry significantly added to the intimacy of his performance. Each poem captured the way Hyde was feeling about an experience in great detail and extended the amount of time audience members had to ponder the way he felt about an event. This allowed the audience more time to process how he was feeling, and internalize and empathize with the story that Hyde was telling.

Anzali also told an extremely emotional story about his encounter with the morality police when he grew up in Iran. He explained for the audience that the morality police back in his teenage years, was a “vigilante” group enforcing the rules of the Iranian government, often in a violent and forceful way. Following the experience, he woke up the next morning and felt as though he had lost and found a new person within himself. He explained how that encounter led to his fascination with religion in an ironic way. Anzali dedicated his final minutes on stage to the women in Iran currently putting their lives at risk for their rights and freedom. His last words of the evening were those being screamed through the streets of Iran: “Women, life, freedom.”

If you’d like to become a Moth-Up storyteller, submit your pitch at go/mothstory. 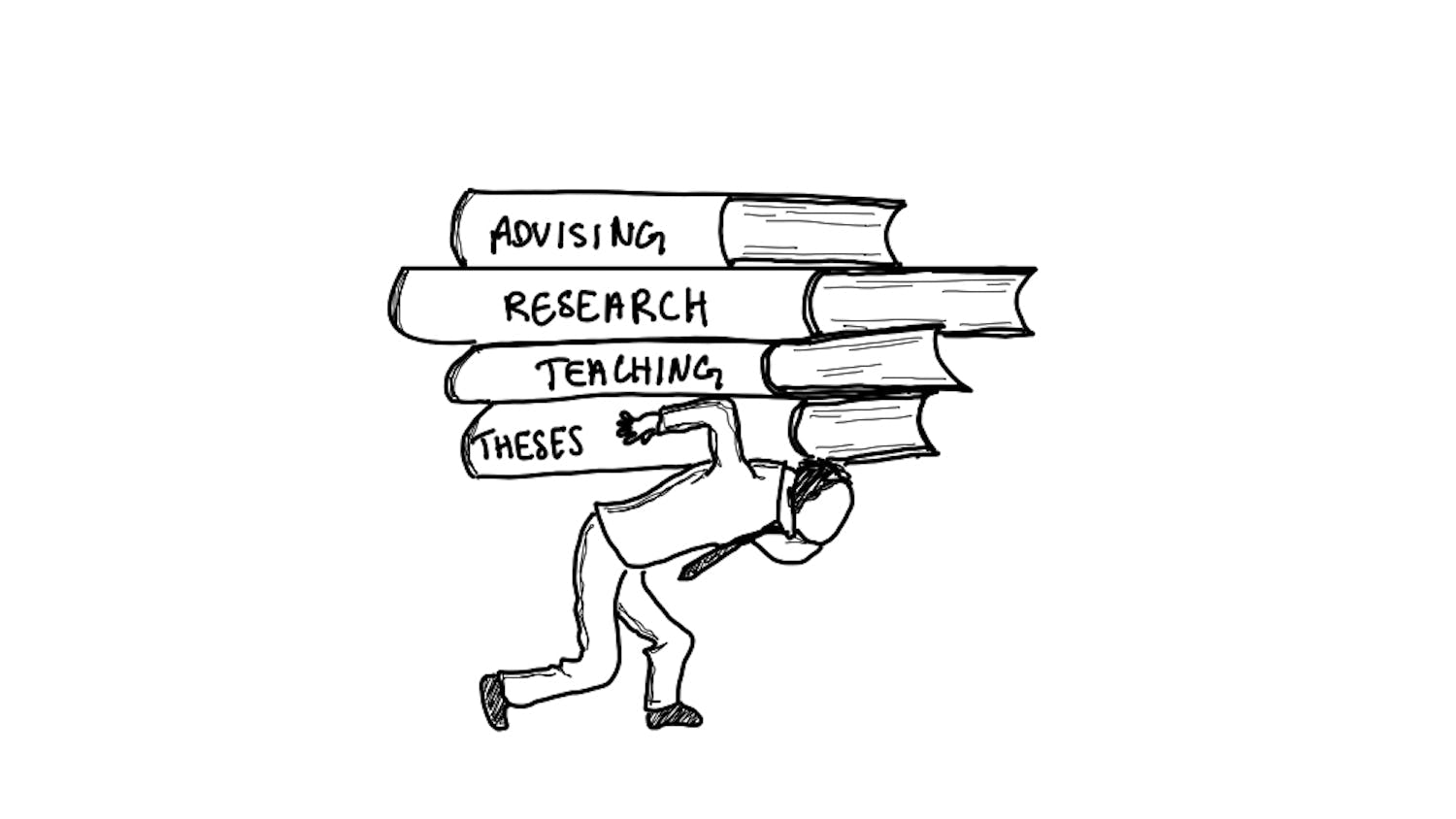 Considering what it means to authentically invest in Middlebury professors